Ensuring rights of every child needs a peoples’ movement says UNICEF, marking 70 years of partnership and results for children in India

UNICEF in India today celebrated 70 years of service for children in the country (1949-2019), marking its partnership with the Government of India working to realise rights for every child everywhere in India.

NEW DELHI, 11 DECEMBER 2019 – UNICEF in India today celebrated 70 years of service for children in the country (1949-2019), marking its partnership with the Government of India working to realise rights for every child everywhere in India.

In an open day at the UNICEF India headquarters in New Delhi, more than 500 school children and university students led the celebrations participating in games and an interactive marketplace showcasing child rights and the work of UNICEF with partners across the country. Children from the Nine is Mine child rights campaign performed an original rap song based on the Convention on the Rights of the Child.

Grammy Award winning Indian composer and music producer Ricky Kej, who is also a UNICEF celebrity advocate, launched a special music video to mark the anniversary. Mr. Kej composed the lyrics of the ‘Wake up! For Every Child’ song through a crowd-sourcing activity involving more than 40 child advocates from across India.

“It is wonderful to open our doors to friends old and new today, especially to school children as well as our former staff who dedicated so much of their lives to the cause of children in India, to our partners in Government, civil society and our generous donors and development partners,” said Dr. Yasmin Ali Haque, UNICEF Representative in India as she welcomed the guests. “The children here today remind us all of our shared mission to ensure that every girl and every boy in India can survive, thrive and grow into responsible citizens.”

UNICEF began work in India on 10 May 1949 with just three staff members, providing equipment and technical assistance to set up of India’s first penicillin plant, at Pimpri.

Today, UNICEF staff work with partners providing technical assistance and advocating for child rights and services from New Delhi and in 16 States. UNICEF’s work for children in India spans policy and programmes related to nutrition, maternal and infant health, water, sanitation and hygiene, education, and child protection, including support to children and families during natural disasters. UNICEF’s approach is based on human rights with a focus on equality, inclusion and support to those who are farthest behind.

2019 also marks the 30th anniversary of the Convention on the Rights of the Child – to which India was an early signatory, in 1992. The day’s events focused on celebrating the gains made for children and child rights in 70 years, at the same time emphasizing the unfinished agenda.

India continues to make important gains for children such as improving child survival rates, lifting millions out of poverty, reducing child marriage and ensuring more girls and boys are now in school than ever before.

Yet much remains to be done.

Today UNICEF is partnering with Government at national and state level in major national programmes to support child rights for hundreds of millions of girls and boys across the country.

In October this year, UNICEF Executive Director Henrietta Fore joined the Honourable Minister for Women and Child Development, Smriti Irani, partners from the private sector and civil society along with young people to launch YuWaah! a youth-led multi-sector partnership aiming to transform opportunities for India’s more than 300 million young people aged 10-24, especially young women who face greater challenges in contributing to and leading their communities and economies.  YuWaah! will help young women and men unleash their creativity and energy to drive the country’s future.

Launching the original ‘Wake up! For Every Child’ song UNICEF celebrity advocate and Grammy Award winning music composer, Ricky Kej told the audience,” I have been engaged with UNICEF over the last year and this year I have the honour to compose a song for UNICEF's 70th year celebrations. We crowd-sourced the lyrics from across India. Through this music, we are saying that several milestones have been achieved over the last 70 years, but much remains to be done. The lyrics and music are empowering, positive, fun and filled with hope.”

“Children’s hope for a better future gives us inspiration every day,” said Dr. Yasmin Haque. “And this is important as we know that there is so much more to do. More needs to be done to improve the sex ratio at birth, create safe conditions for every child-birth, provide nutrition for babies and mothers, increase immunisation rates, end child marriage and child labour, protect every child from violence, and help Indian communities create a society where every girl child is able to realise her rights equally with every boy child.”

“To accelerate our action to meet these urgent needs, it is time for a larger movement in India for child rights. Children and young people are already demanding their rights. We must listen to them and act. Seventy years since UNICEF joined hands with India, it’s time for all sectors of Indian society to stand with children, to come together to join voices and action for all rights for every child,” said Dr. Haque.

Examples of important gains for children and child rights in India include: 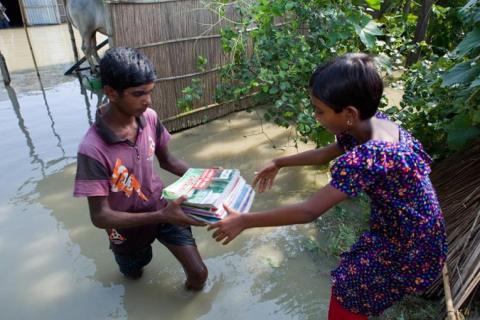 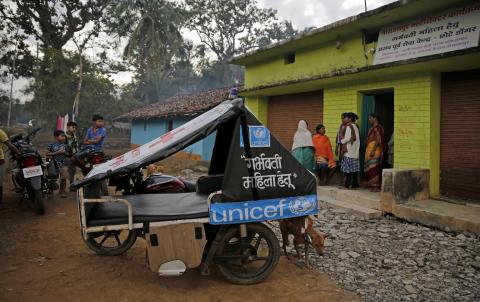 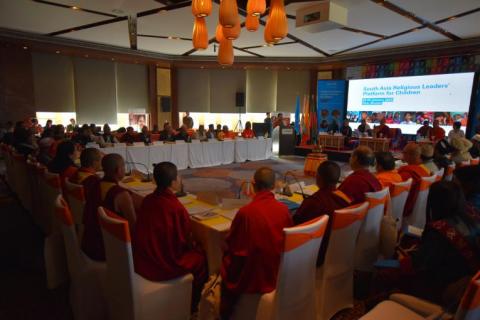 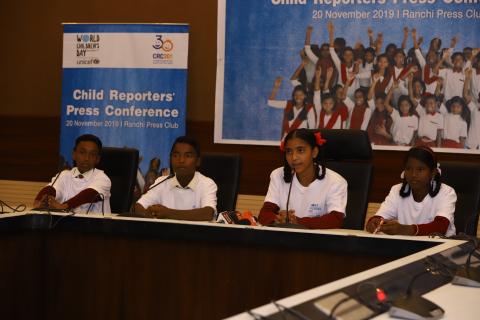