Haiti: Thousands of children at risk of dying from acute malnutrition if adequate therapeutic care is not provided

Reduced access to basic health, nutrition and water and sanitation services as a result of escalating violence, coupled with soaring food prices, inflation and food insecurity in Cité Soleil, leave one in five children suffering from acute malnutrition 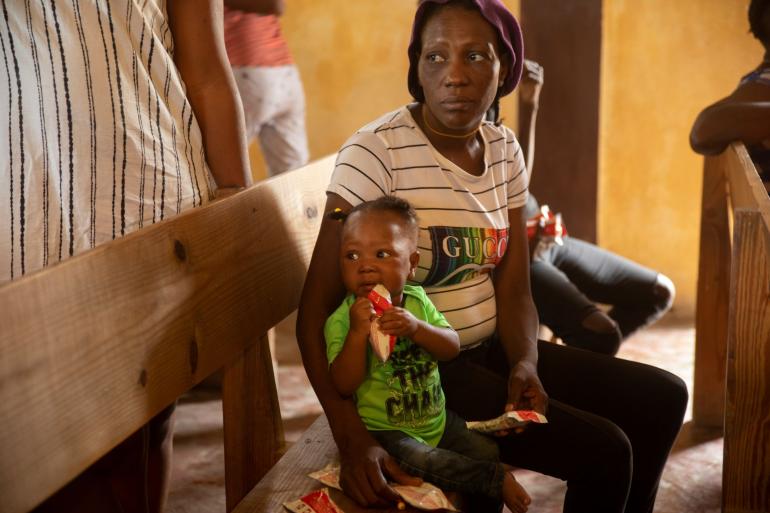 UNICEF/UN0669929/Suffren
A mother and child eating the plumpy nut

PORT-AU-PRINCE, 5 August 2022 - An upsurge in gang-related violence has shut access to health services across some urban areas in Haiti, leaving one in 20 children living in Cité Soleil - a violence-ravaged commune in Port-au-Prince - at risk of dying from severe acute malnutrition, UNICEF warned today.

According to latest available data from UNICEF, approximately 20 per cent of children under the age of five in Cité Soleil are suffering from severe or moderate acute malnutrition, five percentage points above the emergency threshold set by the World Health Organization (WHO). If violence continues, these figures may continue to grow.

"We cannot sit idly by and watch children suffer from malnutrition and its complications,” said Bruno Maes, UNICEF Haiti Representative. ”Thousands of children are at risk of dying and most health clinics where they live are closed, preventing them from receiving adequate health and nutrition care. Violence must stop in Cité Soleil so that malnourished children can receive the medical assistance they need to survive and grow."

An assessment conducted in April 2022 has alerted UNICEF of the alarming nutrition status of children in the commune. Since then, a spike in violence in early July is further restricting access to basic health services for children and families. Food insecurity caused by inflation, soaring food prices and pre-existing socioeconomic difficulties has also driven this recent uptick in malnutrition cases in Cité Soleil.

UNICEF and the Ministry of Health (MSPP) have already prepositioned ready-to-use-therapeutic food, therapeutic milk and essential medicines and are supporting community health workers to scale up screening and referral of malnutrition cases. So far, 9,506 children have been screened for acute malnutrition and 1,918 malnourished children have received life-saving treatment.

Since 8 July, a new upsurge of violence has erupted as rival gangs wage fierce battles in Cité Soleil, a municipality of a quarter million inhabitants. According to the UN, between 8 and 17 July 2022, over 471 people were killed, injured or unaccounted for. Around 3,000 people have also fled their homes, including hundreds of unaccompanied children, while at least 140 houses have been destroyed or burnt down.

This new spate of violence has forced hundreds to be displaced from their homes. Only a portion of the population has left, however. Most of Cité Soleil’s population remains trapped and lives under siege as the conflict rages in the streets. Children and families are also having to contend with a lack of access to food and water. Access to basic services such as health centres has already been drastically reduced in Cité Soleil where only four per cent of the population resort to public health centres and 64 per cent served by NGOs such as Doctors Without Borders.

To prevent further deterioration of the nutritional status of mothers and children, UNICEF is supporting in the provision of the following services:  treatment of acute malnutrition, micronutrient supplementation and promotion, protection and support of infant and young child feeding practices, deworming and immunization, zinc supplementation during episodes of diarrhea at health facility and community levels.

"Thousands of families and their children who stayed in Cité Soleil have urgent nutritional and health needs as parents and caregivers can no longer go to work in other areas of Port-au-Prince to secure access to food for their children. Families who fled their homes left behind all their belongings and children lack access to all their basic rights such health, nutrition, and education," Maes said.

Since 20 July, UNICEF has delivered near 1 million litres of drinking water to meet the urgent needs of 15,000 people every day, distributed 500 hygiene kits to serve 2,500 people and deployed two mobile health clinics to the Bois Neuf and Belekou neighbourhoods of Cité Soleil, to provide medical and nutritional care to more than 500 people, the majority of whom are women and children.

Outside Cité Soleil, UNICEF has provided 100 mattresses, clothes and nearly 700 gallons of drinking water to displaced families, assisted 800 children with psychosocial support activities and provided 180 children with medical care via a mobile health and nutritional clinic.

UNICEF calls on all parties to refrain from the use of violence and ensure women and children have access to basic services. Seven months of the year have already passed, and UNICEF still urgently needs US$64.6 million to reach over half a million children with humanitarian support in Haiti. 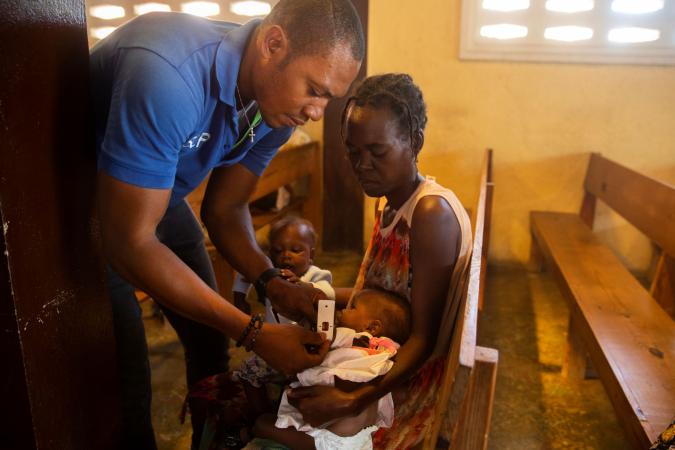 For more information about UNICEF and its work for children, visit https://www.unicef.org/Haiti. 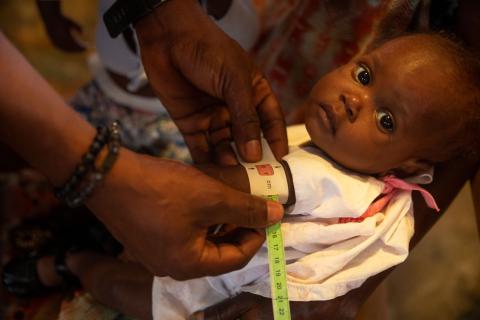 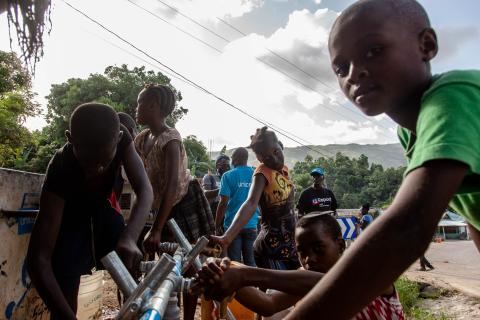 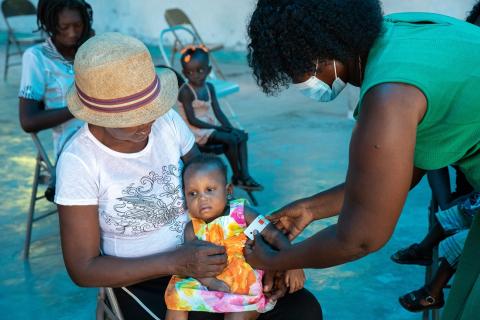 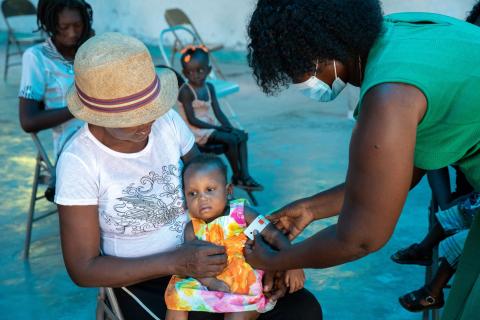