Earthquake in Haiti: Japan grants more than half a million US$ to UNICEF to respond to water, hygiene and sanitation needs 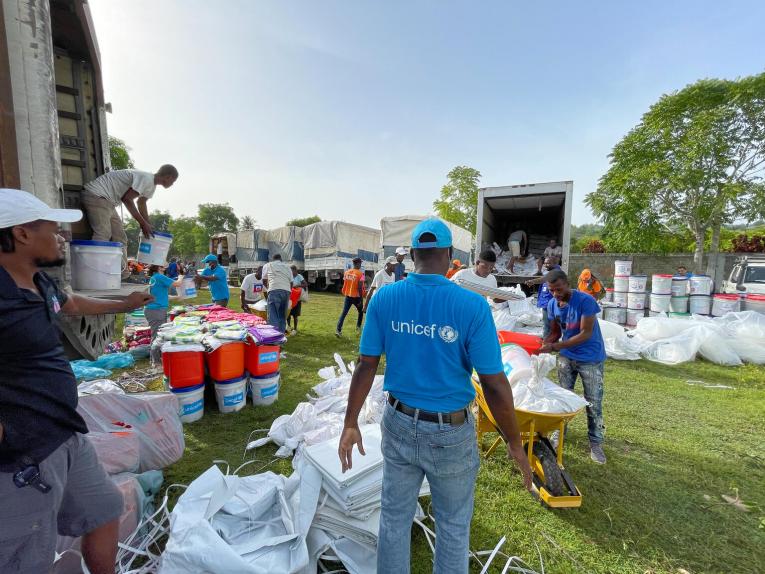 PORT-AU-PRINCE, 16 September 2021 - The Government of Japan has granted UNICEF 640,000 US dollars equaling over 70 million Japanese yen as an emergency grant aid to provide water, sanitation and hygiene (WASH) services and address the urgent needs of vulnerable children and their families affected by the earthquake in Haiti.

The grant will help guarantee access to safe drinking water and critical hygiene supplies and services for earthquake-affected households and communities with a focus on health care facilities and shelters, as well as prevent COVID-19 and other waterborne diseases. It will benefit 60,000 people including 31,200 women and 28,800 men in the departments of South, Grand’Anse, and Nippes.

“The earthquake that hit Haiti in August has killed and injured thousands of people and further deteriorated the water supply system in southern Haiti, increasing risks of waterborne diseases among affected population who have lost everything. Japan is working hand in hand with the National Directorate of Potable Water and Sanitation (DINEPA) and UNICEF, to help affected populations access safe drinking water, hygiene and sanitation,” said Mr. MIZUNO Mitsuaki Japanese Ambassador to Haïti.

“Women and children who have been impacted by the earthquake will not recover quickly if they have to grapple with waterborne diseases because they do not have access to safe drinking water and adequate hygiene and sanitation facilities. With this generous donation from Japan, UNICEF will ensure the affected populations are protected from waterborne diseases and other infections such as COVID-19,” said Bruno Maes UNICEF Haiti Representative.

With this grant from Japan, UNICEF will ensure that at-risk populations affected by the earthquake have access to safe drinking water and sanitation facilities and reduce the risk of COVID-19 and other water-borne diseases. 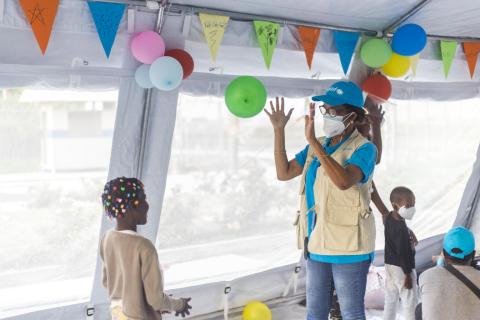 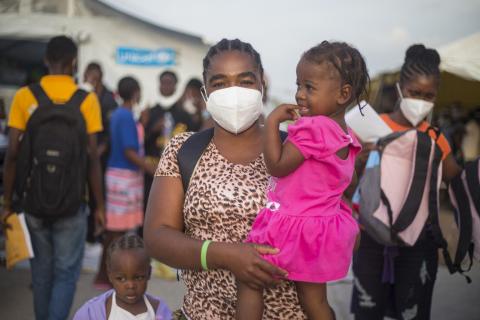 Faces of the Returnees

According to UNICEF estimates, 80 per cent of these children are under five years of age.