Three-year project will ensure improved services for most vulnerable, including children and migrants

GEORGETOWN, 08 APRIL 2021 – Following a recent visit to Region 1 by Canadian High Commissioner to Guyana Mark K. Berman and UNICEF Country Representative Nicolas Pron, both organizations have signed a three-year CAD $3M project that will address some of the concerns expressed by stakeholders in the Region.

On Tuesday, 23rd March 2021, High Commissioner Berman, UNICEF Representative Pron and their teams held several meetings with the Region 1 authorities during a joint mission to Mabaruma, to better understand the living situation of children, women, other residents and migrants in the area.

Wide-ranging discussions were held with Regional Chairman Brentnol Ashley and heads of various agencies in the region, as well as with Mayor and Deputy Mayor of Mabaruma, Chris Phang and Carolyn Robinson and their officers. The Canadian and UNICEF teams also met with Regional Health Officer Dr. Steven Cheefoon and Deputy Chairman of the Khan’s Hill CDC, Sharmaine Smith. The officials shared some of the pressing issues they face in the Region including the influx of Venezuelan migrants, access to the public health system, solid waste disposal, unemployment and the resuscitation of agriculture.

Through this new project, funding will be provided to support health, education and other social services in the communities in Region 1 and other regions demonstrating need.

In his remarks during the signing ceremony, High Commissioner Berman stated, ”We are delighted to partner with UNICEF on this project which will help to address some of the issues raised with us during our recent trip, including helping to build community, childcare and education services and facilities, in an effort to ensure those facing increased vulnerabilities do not fall further behind in recovering from the pandemic.”

UNICEF Representative Pron remarked, “This partnership with the Canadian High Commission comes at a critical time as we work together to ensure that no one is left behind as a result of the COVID-19 pandemic. Since 2018, UNICEF has been supporting authorities on the ground under the Emergency/Migrant Response programme and there have been positive results. This project will ensure that the most vulnerable, including children, have access to key services; together with the local authorities, we are building a better, safer, and healthier future for everyone and every child.”

The UNICEF Guyana and Suriname Country Office and the Canadian High Commission had previously collaborated on the distribution of female orientated family hygiene kits and hygiene promotion activities in Region 1 as part of the response to the COVID-19 pandemic. 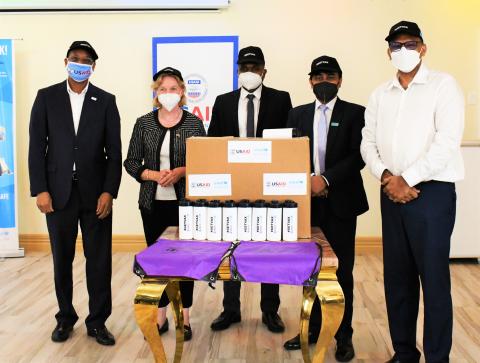 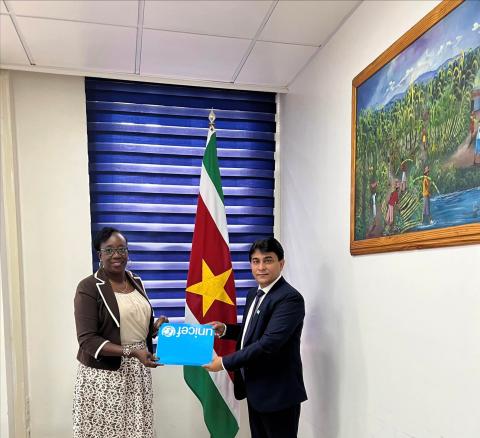 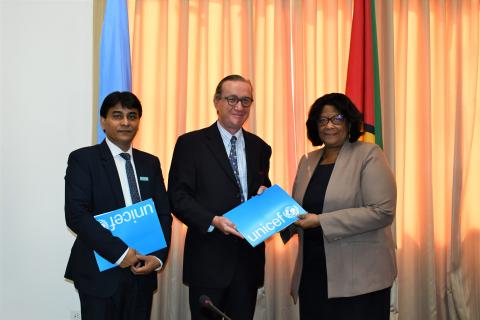 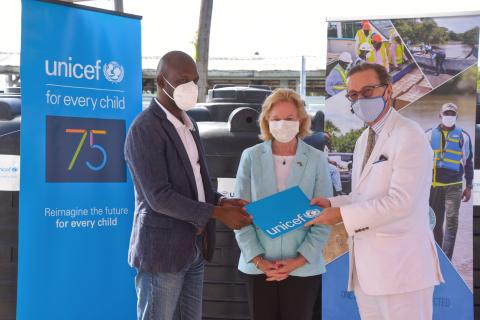