The abundance of light and soft, calm colours first catch your eye when you enter the one-story centre. The whole building is designed to replicate a family environment. The centre feels like a home.

In the middle of a cozy, soft room, Nino sits with the help of a supportive device. She touches the rubber tiles, attentively studying the minimal difference in height and texture. Then she reaches out for the hand of UNICEF Regional Director for Europe and Central Asia, Afshan Khan, who sits next to her on the rubber mat.

Nino lives in the specialized family-type centre for children with severe disabilities in Tbilisi, Georgia. The centre, the first of its kind in Tbilisi, provides a family-like care setting, with children receiving individualized support while having access to medical care to treat complex health problems.

Khan explains that UNICEF has a specific approach to caring for children that are deprived of parental care.  She says that the best-case scenario for all children is to live with their families, but if this is not possible, UNICEF advocates that children live in community-based alternative care settings that replicate a family environment.

Seven-year-old Nino has severe epilepsy, cerebral palsy and significantly impaired intellectual and adaptive functioning. Born in a family that could not take care of her, Nino ended up living in a large-scale state institution with 50 other children, where she did not receive the care and attention needed for her healthy development. After being in the institution, Nino like most of the other children around her, did not talk, move, smile or cry.

But now Nino has a twinkle in her eye, she feels the different textures and is understanding the world through touch, hugging, eye contact, and smiles.

“She loves to be held, and she loves to touch,” says Lali Tsertsvadze, Director of the NGO Divine Child Foundation of Georgia, who provides services for the Centre.

The caregivers explain that Nino and the six other children who live at the centre receive individual care and psychosocial assistance. The centre also provides a proper environment for each child’s development and inclusion in society. After only two weeks Nino began to change – she started interacting with her caregiver.

The specialized centre is not only transforming vulnerable children’s lives – but it is a model on the powerful impact partnerships between the private sector, government, civil society organizations and international institutions can have to rapidly move projects forward and drive positive change for children.

UNICEF asked M2 Construction Company to support the centre, after the government said they were interested in collaborating with the business community. The construction company covered all of the expense to design and construct the facility.

The government granted the land and provided sustainable funding for the care of the children, while UNICEF and USAID provided technical and financial support.

CEO of construction company M2, Irakli Burdiladze, was emotional after meeting Nino and the other children.  “I knew we were helping the children, but I didn’t expect that the impact and the change in their lives would be so tremendous,” he said.

“Seeing the kids, it makes me so happy” says Tamila Barkalaia, the Deputy Minister of Internally Displaced Persons from the Occupied Territories, Labour, Health, and Social Affairs. She says that without political commitment to close large institutions and reform the Child Care system as well as the support of UNICEF, USAID and all of the different actors, the new centre would not have been possible.

Nino, who cannot walk or talk, sat beside Ms. Khan, on the soft floor of the playroom. And while the adults talked, she investigated, learned, looked, and felt - things she hadn’t been able to do during the first six years of her life. 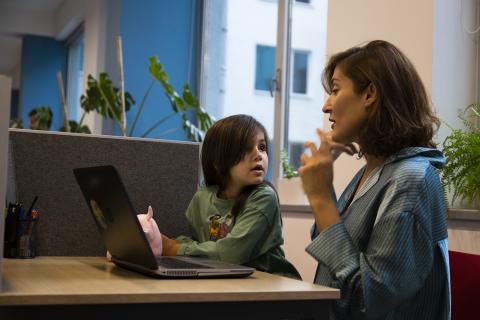 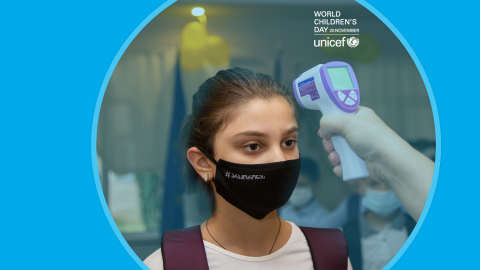 On World Children’s Day, UNICEF calls for the protection of the rights of the most vulnerable children and families affected by the pandemic 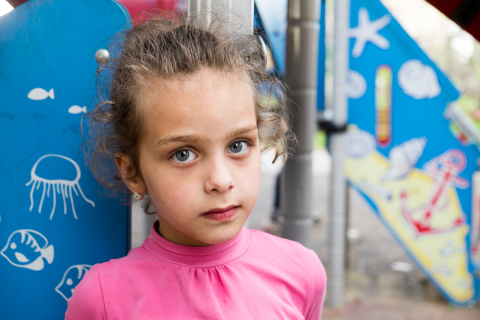 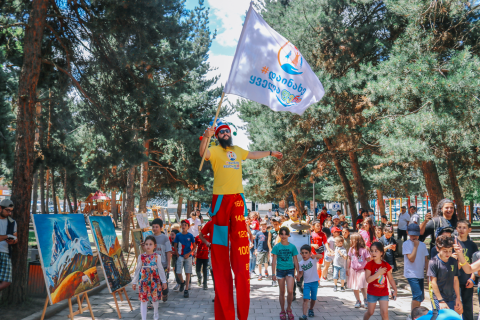