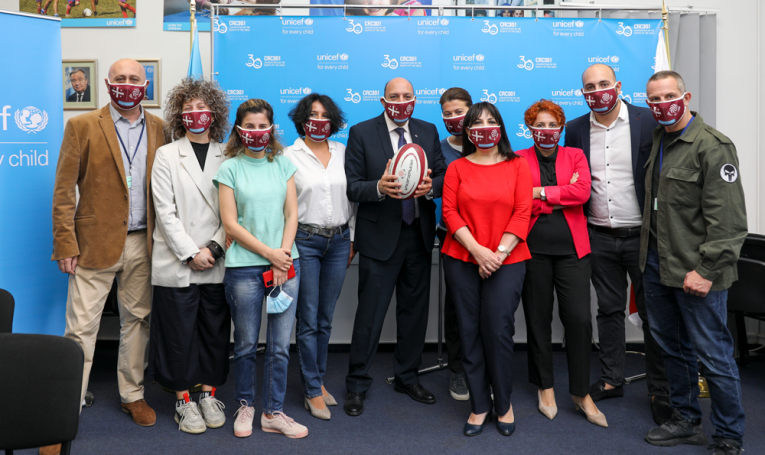 Tbilisi, 5 October 2020. UNICEF and the Rugby Union of Georgia signed a Memorandum of Cooperation today to mark the launch of a new phase of their partnership to raise awareness on COVID-19 preventive measures, advocate for the protection of children from violence, and promote crime prevention and healthy lifestyle among children and young people.

The partnership envisages developing joint programmes on the promotion of child rights, the engagement of members of the Rugby national team in advocacy around violence against children, juvenile crime prevention, and COVID-19 prevention measures. Rugby players will organize discussions with young people to call against violence and raise awareness on healthy lifestyle.

To mark the partnership, the Georgia National Rugby team will wear the UNICEF logo on their face masks during the Eight Nations tournament.

"Sport is critical to a child’s development. It teaches core values, such as co-operation and respect. It improves health and diverts young people from delinquent behavior." - Ghassan Khalil

“For UNICEF, sport is far more than a form of entertainment”, said Ghassan Khalil, UNICEF Representative in Georgia. “Sport is critical to a child’s development. It teaches core values, such as co-operation and respect. It improves health and diverts young people from delinquent behavior. That is why the partnership with the Rugby Union of Georgia is important to us. This memorandum will allow us to use the power of sport to put more emphasis on children’s rights and raise awareness about the negative impact of violence against children. We are proud to be the official partner of the Georgia Rugby Team during the Eight Nations tournament and wish the players good luck. We look forward to working closely with the team members once they come back from the tournament”, added the UNICEF Representative. 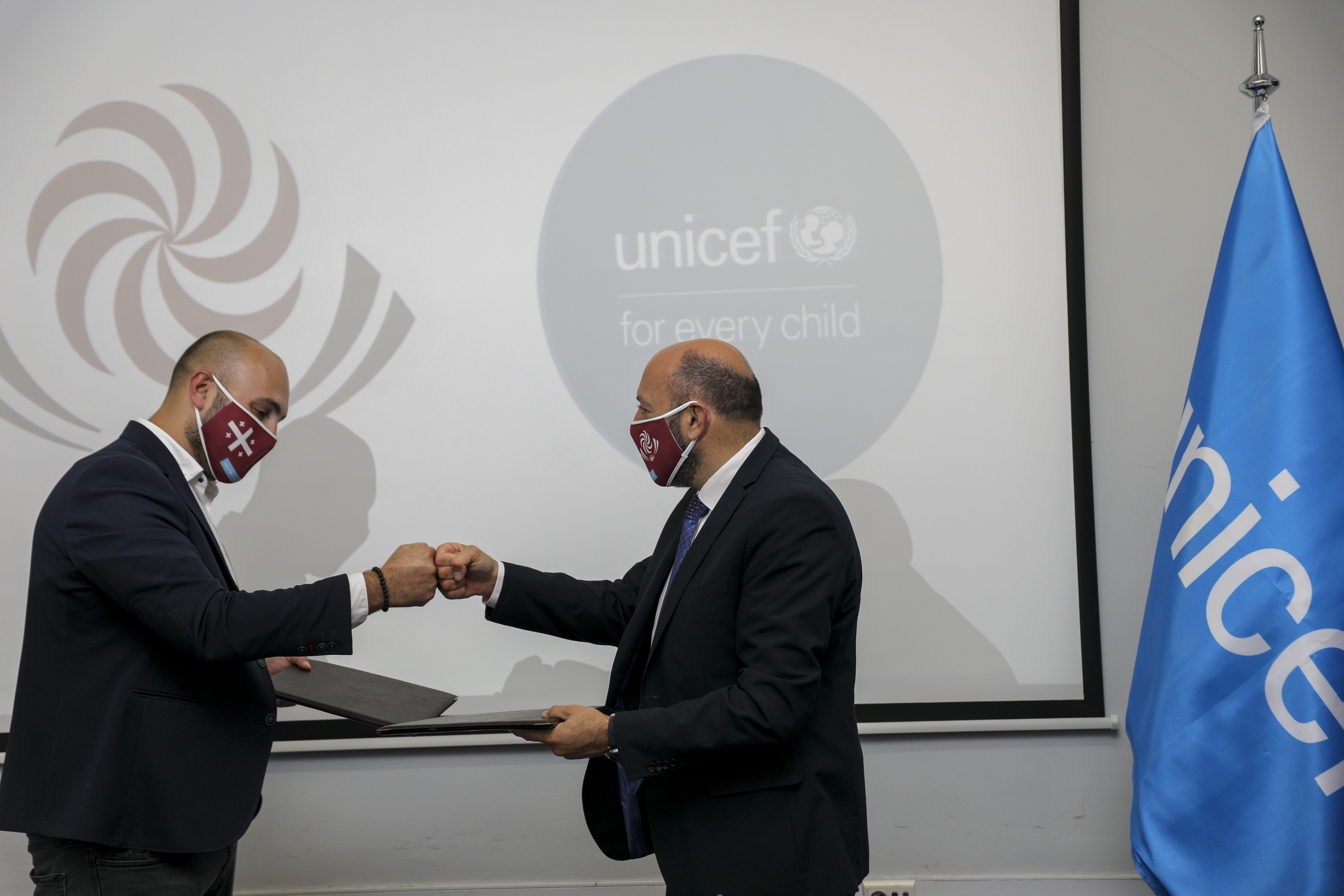 Playing sport strongly impacts young people, their development and academic achievements. They become less aggressive to one another; learn how to admit mistakes and apologies; learn to better cope with failures, on and off the pitch, and show respect to their peers who won the game, thus decreasing the incidence of crime among adolescents.

UNICEF has had a successful partnership with the Rugby Union over the years, including working together on the reintegration and rehabilitation of children in conflict with the law. As part of the partnership, Rugby lessons were introduced at the Special Educational Establishment to help convicted young people learn about healthy lifestyles and teamwork. Up to 60 children were involved in the initiative and many of them continued playing Rugby after they left the establishment. 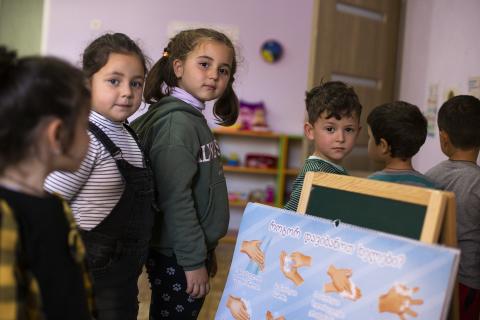 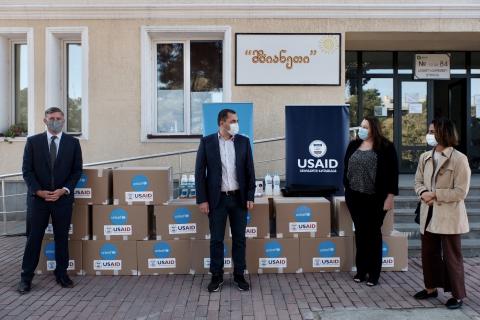 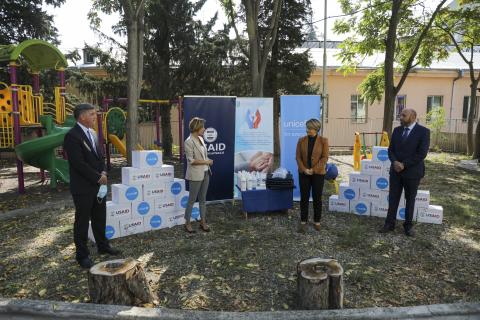 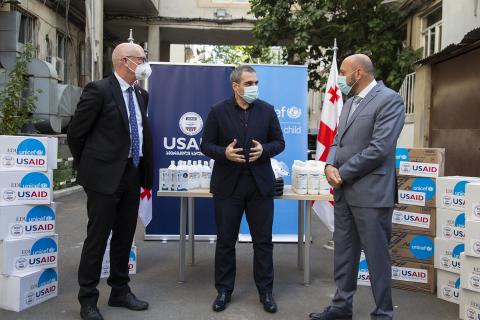