On World Children's Day, children shared their views and vision for a better world for every child.

World Children’s Day 2020 was celebrated in a moment of difficulty for millions of children who have been affected by the COVID-19 pandemic.  As usually done every 20 November, World Children’s Day focused on the rights and welfare of children and provided children and adolescents with the opportunity to make their voices heard.  In The Gambia, children across the country mobilized to speak up and engage people in authority on the future they want post COVID-19.

UNICEF, in collaboration with the Ministry of Women, Children and Social Welfare and the National Youth Council, convened regional townhalls in all seven regions of the country.  The meetings were an important space for children to directly engage their regional governors, mayor/mayoress, regional police commissioners and municipal authorities on the state of children’s rights in their regions/municipalities and particularly in the context of the impact of COVID-19 on children’s welfare.  Children also raised pertinent questions about child protection during the townhalls.

The discussions centered largely on the impact of COVID-19 on the protection of children from violence, abuse and exploitation, including harmful traditional practices like female genital mutilation, child marriage, child labour and children on the move.  Children expressed worry over these issues and sought answers on what the authorities were doing to protect their rights.

“When we conceived the idea of organizing townhalls in every region of The Gambia with our partners, we wanted to facilitate a direct engagement between children and their local officials,” said Gordon Jonathan Lewis, UNICEF The Gambia Representative. “But we also wanted to nurture a culture of sustained dialogue between officials in positions of authority and children to ensure that the voices of children are heard, and their views considered in development planning and service delivery.”

Officials and children hailed the townhalls as a major ‘turning point’ in raising the voices of children and promoting children’s participation in issues related to their rights and welfare. In Banjul, Mayoress Rohey Malick Lowe welcomed the initiative and offered her support to the children in their advocacy.  Similarly, Governor Rohey John of the Lower River Region stressed the significance of World Children’s Day and the protection of “the country’s foundation”.

In all townhalls, the children documented critical points discussed. A comprehensive report on all seven townhalls is being finalized and will be shared with the Ministry of Women, Children and Social Welfare and other relevant ministries, the police, the National Assembly, and UNICEF.

Also, on World Children’s Day, UNICEF engaged a group of students from Kotu Senior Secondary School in a dialogue on COVID-19 and how to build back better after the pandemic. He also held an in-depth conversation with two adolescents on COVID-19, UNICEF’s work and how the agency is responding to the pandemic. In both events, the children and adolescents raised vital issues, especially in relation to the education, health, and welfare of children.

“We will take to the senior government leaders of the country the messages that you are sharing with me,” Mr Lewis told the children and adolescents at the end of the dialogue. 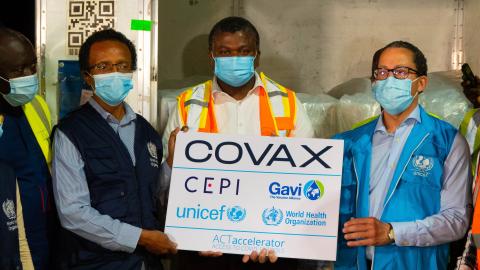 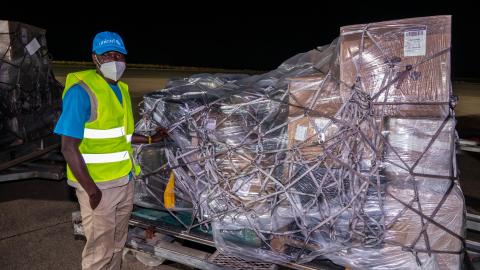 The Gambia receives more than 37,000 COVAX syringes ahead of COVID-19 vaccinations 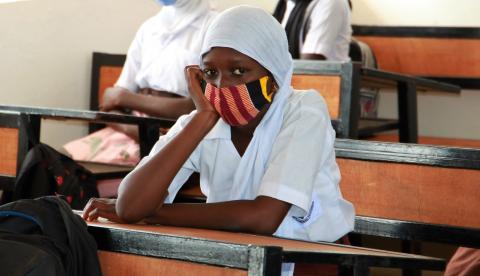 “It’s too early to let our guard down”, UNICEF cautions as more people continue to disregard COVID-19 protocols 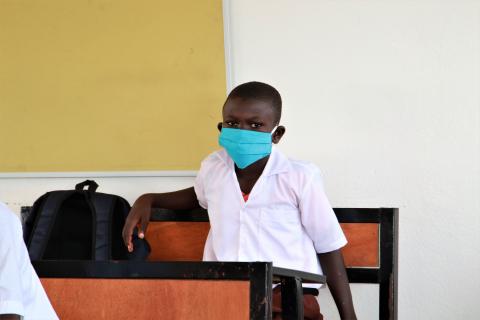 UNICEF calls for a ‘Six Point Plan to Protect our Children’