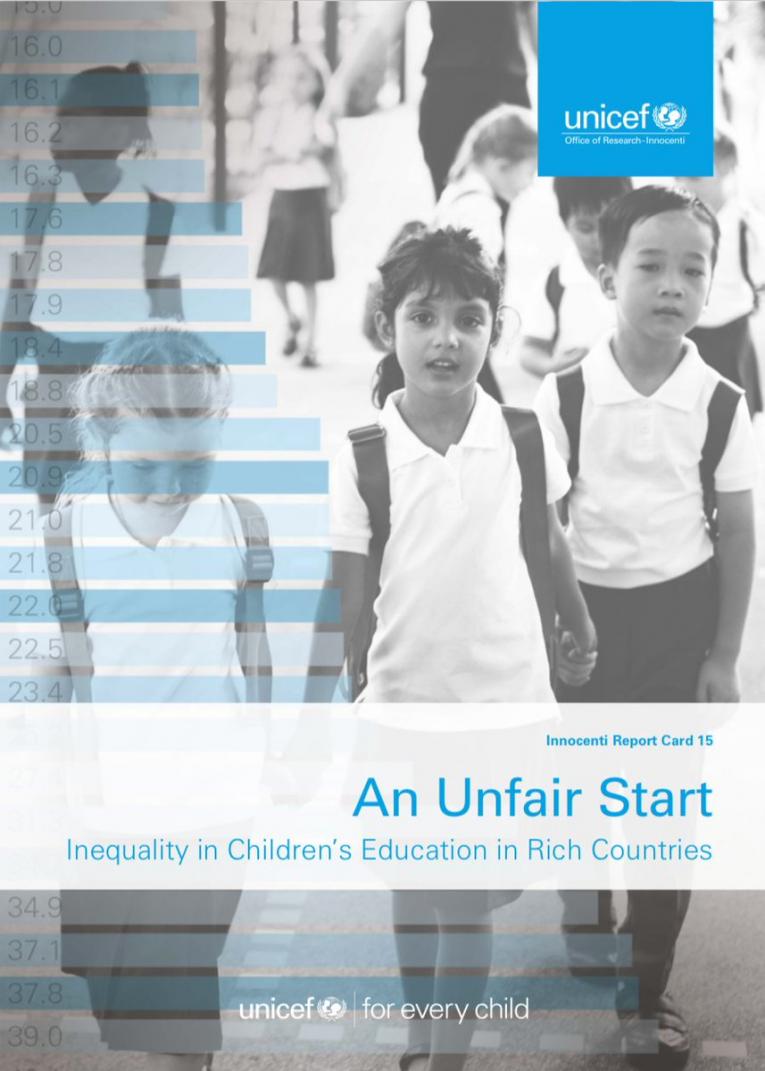 FLORENCE/NEW YORK, 30 October 2018 – Living in a rich country does not guarantee equal access to quality education, according to Report Card 15 from UNICEF Office of Research-Innocenti. Children in less wealthy countries often perform better at school despite fewer national resources, the report says.

An Unfair Start: Inequality in Children’s Education in Rich Countries ranks 41 member countries of the European Union and the Organization for Economic Co-operation and Development on the extent of educational inequalities at preschool, primary and secondary school levels. It uses the latest available data to examine the link between children’s achievement and factors such as parents’ occupation, migration background, gender and school characteristics.

The report focuses on two child-centred indicators of inequality: At preschool level the indicator is the percentage of students enrolled in organized learning one year before the official age for entering primary school; The indicator for both primary school (Grade 4, around age 10) and secondary school (age 15) is the gap in reading scores between the lowest- and highest-performing students. The ranking at age 15 is the lead indicator in the report because this represents the level of inequality towards the end of compulsory education.

“What our report shows is that countries can offer their children the best of both worlds: They can achieve standards of excellence in education and have relatively low inequality,” said Dr Priscilla Idele, Director (a.i) of the UNICEF Innocenti. “But all rich countries can and must do much more for children from disadvantaged families as they are the most likely to fall behind.”

Countries have different degrees of educational inequality at different educational stages, the report says. Ireland and Slovenia are in the bottom third of countries for preschool enrolment, but move to the middle third at primary school and then the top third at secondary school. France has one of the highest rates of preschool enrolment but then falls to the bottom third in secondary school. The Netherlands goes from being the most equal country in primary school reading scores to ranking 26th of 38 countries when children reach 15 years of age. Towards the end of compulsory schooling, Latvia, Ireland and Spain are the three most equal countries.

In 16 of 29 European countries for which data are available, children from the poorest fifth of households have a lower preschool attendance rate than children from the richest fifth. The patterns persist throughout a child’s schooling. Among children aged 15 who are doing equally well at school, those with parents in high-status jobs are much more likely to continue into higher education than those with parents in low-status jobs.

Other significant findings from the report include:

The report suggests providing a fair start for all children today is essential for achieving both equality and sustainability, and that the problems are not inevitable but rather shaped by policy. The Innocenti Report Card identifies the following recommendations to reduce inequalities in children’s education:

The Office of Research – Innocenti is UNICEF’s dedicated research centre. It undertakes research on emerging or current issues to inform the strategic directions, policies and programmes of UNICEF and its partners, shape global debates on child rights and development, and inform the global research and policy agenda for all children, and particularly for the most vulnerable. 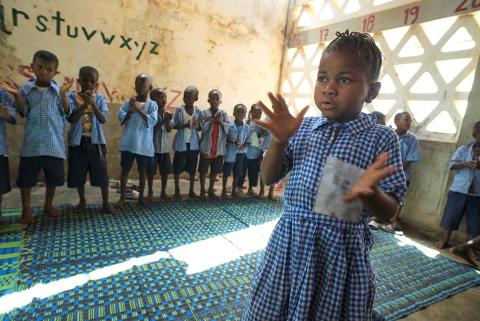 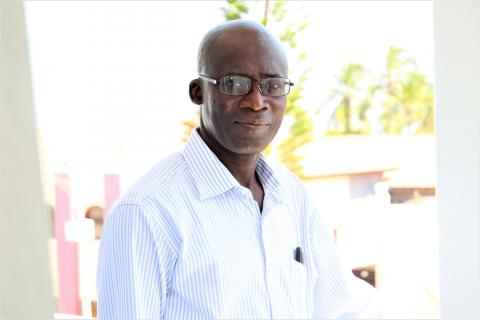 COVID-19 introduced me to emrgency response. This is what I learned. 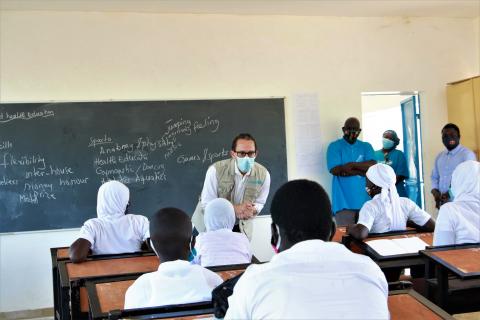 “These are happy moments”: reactions to UNICEF intervention

In schools and health facilities in rural communities, officials have been reacting to UNICEF’s intervention. Learn what we’re doing to improve livelihoods. 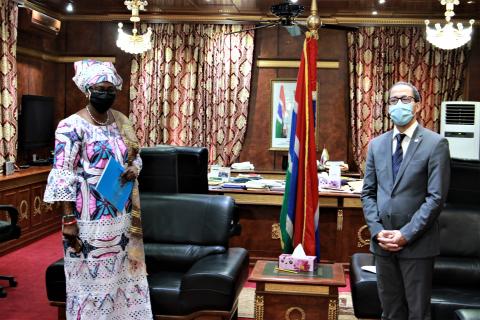