Young people need a seat at the table of climate negotiations

Ahead of the African Union-European Union (AU-EU) Heads of States Summit (17-18 February), youth from Africa and Europe led a public debate on climate change

DAKAR (Senegal), 16 February 2022 - "Climate change is having a dramatic impact in the Sahel region, affecting young people – especially girls. We must act now!" Maguette Ba, 20, represented Senegalese youth during the virtual public debate organized by UNICEF ahead of the summit of heads of state of the African Union and the European Union, to be held in Brussels on February 17 and 18, 2022.

The virtual debate brought together young people from Africa and Europe to share their experiences of climate change, discuss solutions with policy makers and develop recommendations for Heads of States.

The event has seen the participation of the Minister of Youth of Senegal, Mrs. Néné Fatoumata Tall, the Nigerian Federal Minister of Water Resources, Mr. Suleiman Adamu, the Bulgarian Deputy Prime Minister in charge of the environment and water, Mr. Borislav Sandov, as well as the Director European Commission’s Directorate-General for International Partnerships, Ms. Carla Montessi.

"We, young people, need a seat at the table when we talk about climate action. Water scarcity, floods, erosion are climate-related events that affect us every day," said Maguette during her speech.

Senegal is prone to chronic and seasonal vulnerabilities, mostly due to climate change. Coastal erosion is already affecting some parts of the country, threatening the livelihoods of some communities. Drought affects the northern, central and eastern regions of Senegal, causing food and nutritional insecurity, putting young children and women at risk of acute malnutrition.

A 2021 UNICEF-supported global analysis on the Children's Climate Risk Index showed that children living in Senegal are among the most vulnerable to the impacts of climate change, with the country ranked 22nd in the world.

In Senegal, UNICEF’s efforts to tackle climate change through youth engagement and address the impact on children’s health, as well as youth dialogue were pursued. UNICEF conducted a series of consultation with young people and children in regions affected by climate-related shocks to collect their opinion and help them carry out their own advocacy.

UNICEF also launched an initiative to address air pollution in Dakar’s schools. An asthma prevalence study revealed a high prevalence (18.4%) amongst middle-school children. It subsequently initiated a programme to protect children from the health effects of air pollution.

Maguette is a young student in industrial electricity and an active member of the NGO Young Volunteers for the Environment (JVE) of Senegal and supports the organization with its advocacy and mass-awareness efforts.

In a public declaration, Maguette and around 100 other young people from Sahelian countries delivered several recommendations – which were shared during the debate.

"We are the youngest population in the world, and we will be the decision-makers of tomorrow. It is our future that is at stake. It is time to give us, adolescents and young people, the means to be the heroes who will save our beautiful planet" they formulated.

"Young people rightly denounce the ineffectiveness and inadequacy of the political decisions often taken to tackle climate crisis. They also show us that they are ready to mobilize themselves, to be the front-line agents of changes in climate action" declared Mrs. Néné Fatoumata Tall, on this occasion.

"While the outlook is very concerning, there is room for action and optimism. There are a range of solutions in front of us. Each solution can help prioritize action for those most at risk" she said.

"We can ensure today’s children inherit a liveable planet. Every action we take now can leave children a step ahead to prevent worse challenges in the future."

At the end of the debate, the Minister of Youth proposed series of solutions that engage all stakeholders at all levels.

"Addressing the climate crisis requires every part of society to act. Governments need to ensure that environmental policies are child sensitive. Businesses must ensure their practices are protective of the natural environment on which children depend. Greenhouse gas emissions and environmental pollutants must be reduced dramatically. Services for children need to incorporate climate resilience and environmental sustainability. Schools need to be educating for green skills."

"And children and young people need to be recognized and listened to as agents of change" she concluded. 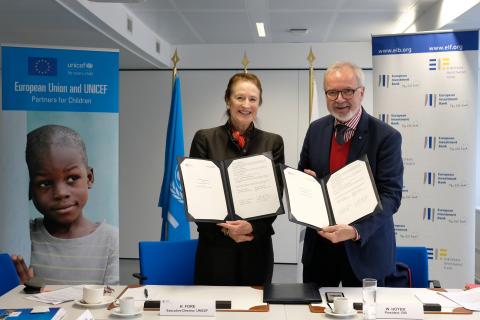 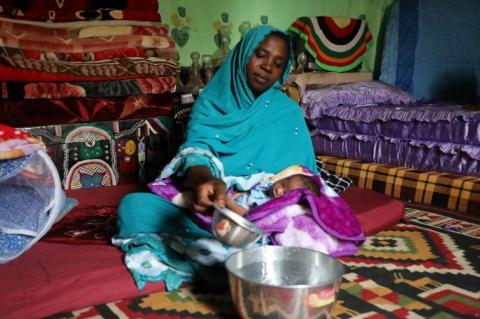 More than 1.3 million children to receive emergency treatment in 2018