Investing in children’s education today for a better tomorrow

While enormous progress has been made to ensure more children have access to quality education worldwide, some 262 million children and youth remain out of school, and 1 in 4 of all school-aged children out of school live in crisis-affected countries.

Without access to education, a generation of children living in conflict will grow up without the skills they need to contribute to their countries and economies, exacerbating the already deprived living conditions for these children and their families.

The European Union (EU) is a crucial partner of UNICEF in their work to make sure that every child learns, particularly the most disadvantaged: girls, children with disabilities, those battling chronic poverty, or members of minority groups.

Education can be a lifesaver in conflict zones. Schools can protect children from abuse, exploitation, and recruitment by armed groups. This is why the EU and UNICEF have increasingly focused on education in emergencies programmes and projects. The EU has become the most important donor worldwide for education in emergencies, with the EU’s humanitarian aid allocating 10% of its total annual budget to this sector.

Securing a better future for children through education

Together we have worked on thirty-two projects relating to education over the period 2014-2018, enabling children worldwide to reach their full potential through education. Additionally, the partnership works closely with governments to strengthen and better equip the existing education systems.

Through the EU Regional Trust Fund in Response to the Syrian crisis – also known as the ‘Madad’ fund – approximately 3.3 million Syrian children now living in neighbouring countries have benefited from education support from UNICEF.

Some of the education projects funded by the EU: 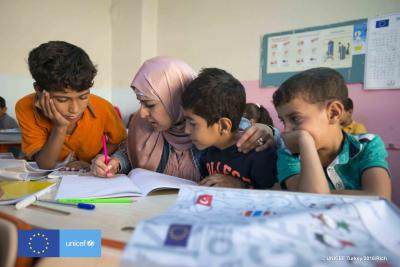 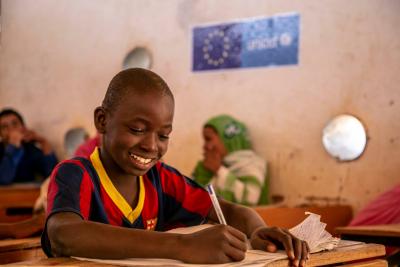 Education and protection for children in Mauritania

To help build resilience and peace in the country 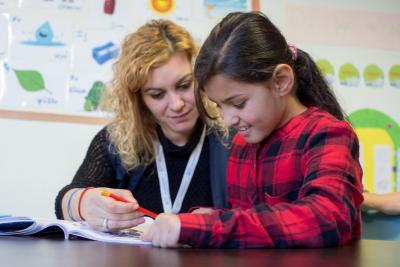 Education and protection response for children in Greece