Fadumo Salah, 35, is a mother of four who has been living with her children in the Qoloji camp for the past two years. She fled from the neighboring Oromia Region in Ethiopia fearing for her children's safety when intercommunal conflict broke out in her village. In Qoloji, she was faced with another kind of outbreak when she contracted scabies. More than 6,500 people were affected. The camp, located 65 km south of Jijiga, the Somali Region capital, is one of the largest IDP settlements in the region, hosting over 70,000 people in two camps. Since Qoloji's inception in 2016, the population of the two camps has steadily increased with new arrivals registered every week.

In October 2018, Fadumo could not stop scratching herself. Her body ached. She noticed that other people were in a similar situation, including one of her four children. Five-year-old Abdinur was not eating properly, and he had missed two weeks of school. Her other children were also to fall ill.

"I thought the problem was not serious and I believed the illness would disappear but it got worse," Fadumo said.

UNICEFEthiopia/2019/Richard Machokolo
Fadumo Salah, 35, is a mother of four who has been living with her children in the Qoloji camp for the past two years.

When the pain became intolerable, she decided to go to the health facility at the camp with her husband and children. The doctor prescribed a medicated lotion for the entire family. As part of the treatment, Fadumo also received laundry and body soaps for the household.

Prior to the treatment, Fadumo said her children had been unable to sleep because of pain. When they started crying, she didn't know what to do. Abdinur was the most affected.

"My son used to play with other children in the camp, but for weeks he was not able to go outside since the healthy children were afraid that he would infect them," she said. "The other children pointed at him, calling him the 'scabies boy' when he tried to play with them." Fadumo's son became depressed and withdrawn as his friends continued to cut him off.

In November, UNICEF dispatched water and sanitation supplies to the camp and supported scabies case management by training 27 health workers. The regional health bureau provided medicine and UNICEF-supported mobile health and nutrition teams began treating scabies in the camp. An awareness campaign was initiated to educate the population on the causes and treatment of scabies.

Fadumo used the medicine to treat herself and her family, applying the lotion twice a day for one week. With the soap she had received, she washed all the clothes and bedsheets.

"I have seen an improvement," she said. "My children have started to sleep, and Abdinur is once again playing with his friends."

By January this year, the number of scabies cases reported at the health post had begun to fall. UNICEF continues to support the regional health bureau and other partners to curtail the outbreak. Due to the nature of this highly contagious disease, an immediate cross-cutting approach was necessary, and by working collaboratively across all sectors, UNICEF was able to multiply the impact of the funds received from donors, who included OFDA, ECHO, EHF and KFW. 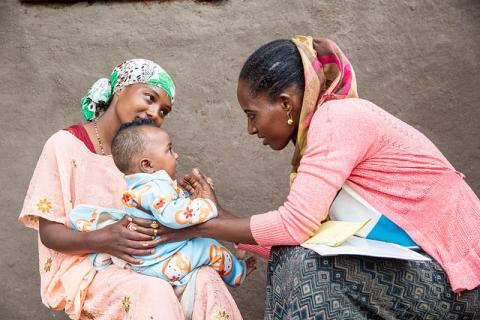 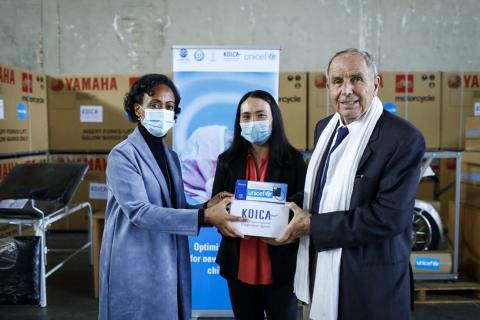 The Korea International Cooperation Agency (KOICA) hands over medical and transportation supplies to optimize health care for newborns and children in the Benishangul-Gumuz and Afar regions, Ethiopia 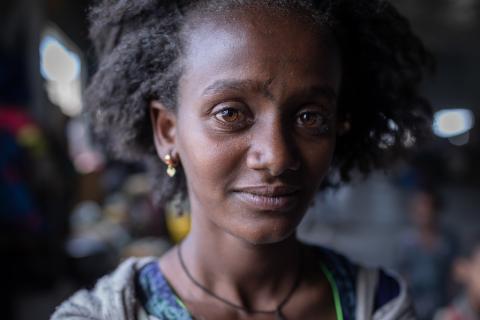 Long life for all

vaccination for children affected by conflict