Steven Mugarra closely observes the mechanical foot pedal of a prototype handwashing stand he designed two weeks ago. The stand operates by pressing a metal pedal hinged on a spring that rotates the valve of a faucet, allowing water to flow. When the pressure on the pedal is lifted, the water stops flowing.

It is purposely designed to avoid turning the knobs by hand. “Most of the ordinary hand washing taps, if we are not careful, could contribute to the spread of the virus,” says Mugarra “So I had to design a unit that can open and close without the use of hands.”

Mugarra, an engineer, has worked for UNICEF for the past seven years. Most of his experience has been focused on designing water schemes for rural villages, schools and health facilities. Yet, amid the Coronavirus outbreak, he has been tasked to come up with a more viable option for handwashing that people would find comfortable using.

Automatic water taps, which operate with a motion sensor, can be one option. But in low-resource settings like Ethiopia, they are unaffordable and need scarce electric power to operate. Solar-powered automatic faucets are also equally expensive.

After considering factors such as the continued use of the hand wash unit beyond COVID-19, Mugarra developed sketches and design modifications to ensure that the unit would be used in different situations.

The design was given to a local manufacture to produce a prototype, which was then tested in a centre frequented by vulnerable women and the elderly. The users were encouraged to use the stand as often as possible so that the functioning of each component could be thoroughly assessed.

Trials are ongoing but the initial feedback from the users is positive. “I am glad that this handwashing stand has been installed here,” says Tufa Mekonnen, an elderly man at the centre. “We don’t have to touch anything after we wash our hands and I appreciate the creativity.”

“This [stand] is especially important for women,” says Birtukan Terkaso, a young woman who sees the advantages of the innovation from a gender perspective. “Women do a lot of chores in addition to caring for their children. They need to keep their hands clean and this stand encourages them to wash their hands frequently.”

Although the prototype has received positive feedback, Mugarra says the spring that controls the mechanical movement of the taps needs improvement. He also noticed that foot pedals require reinforcement so that they don’t break easily from frequent use.

With the mechanical aspects of the stand properly reviewed, the next step is to modify the design to accommodate the needs of young children and persons with disability. The taps and foot pedals will also be installed two meters apart to maintain physical distance as per WHO COVID-19 recommendations. Furthermore, a metal curtain sheet will be affixed to the stand to provide privacy as people wash their hands facing each other. The improved design will be commissioned for mass production locally.

The handwashing stands are also intended to be used in schools where group handwashing is considered an effective way of teaching young children the vital lifeskill of hand hygiene and its critical role in preventing infections. UNICEF has set aside funds to buy 875 units for schools with the expectation that the government and development partners will mobilize additional funding to supply the units to more schools.

Lack of adequate water, sanitation, and hygiene facilities in schools is a barrier to attendance and performance, especially for female teachers and students. It is estimated that 35 per cent of primary schools in Ethiopia have safe water, and only 28 per cent have basic sanitation. Only 30 per cent of schools have both water and basic sanitation. 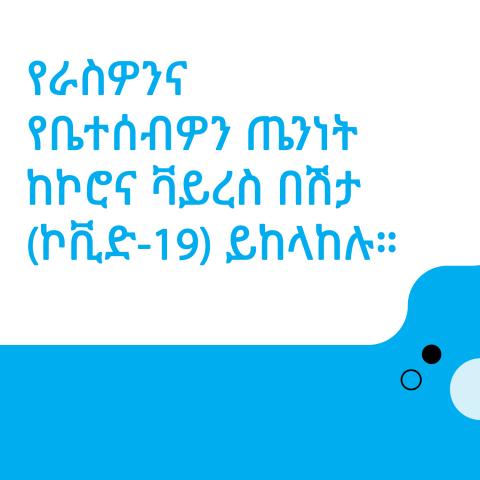 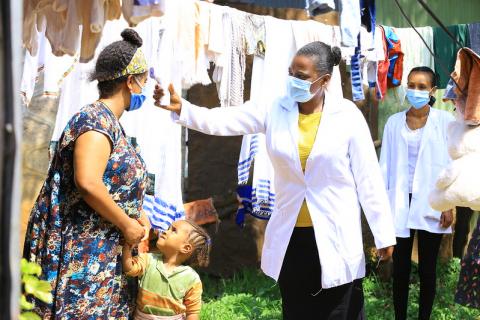 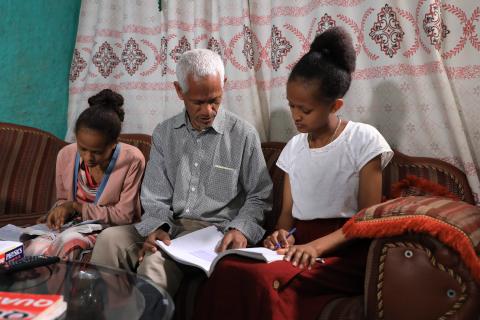 With schools closed due to COVID-19