“I am no longer that shy girl”

Sinayte Wondwossen is one of the brave girls and top-ranked students in the school and in the whole district.

Sinayte Wondwossen (14), is in grade 7 in Gesela Shashe Primary School, Oromia region and is one of the brave girls and top-ranked students in the school and in the whole district.

Sinayte has two brothers and one sister. Her mother who attended school up to grade 9 is a housewife. Her father is a farmer, and he is the breadwinner in the family. She said the frequent misunderstanding and fights between her parents used to bother her.

“My family’s constant fighting used to affect me.  They used to fight over minor issues and misunderstanding and often it was reactive on both sides,” said Sinayte. She remembers one day when she heard screaming and found out that her parents were fighting while she was in a deep sleep. That was happening on a regular basis which affected her psychologically, leading her to lose attention in school.

“I was frustrated it might lead to a physical attack. I used to be a very shy girl and scared to share my thoughts openly about what was happening between them,” recalls Sinayte.

Three years ago, Sinayte joined the Gender club, and she was taught about the school-related gender-based violence code of conduct, communication, and negotiation skills, saving money, problem-solving Skills, and similar other life skills that helped her daily life. According to Sinayte, those skills have impacted positively on her. She is now able to face any issues she would encounter and knows how to resolve them.

“My overall view changed when I joined the school’s gender club. It was like an eye-opener, enlightenment of how I should look at things. Because of the training, I am no longer that shy girl and, I openly discuss different topics in the gender club, at home, with my friends and community at weekly club meetings, and in my daily life,” said Senayite.

The school Gender club empowered her to face challenges in her daily life such as gender-based violence and she now helps her parents to communicate better.

“Now I can happily say that when my parents have a fight, I advise them to listen to each other first so that they can understand what their issues are and that they need to find solutions, instead of shouting at each other.”

Not only does Sinayte know how to help her parents, but also learned how to make boys friendly through her negotiation skills and stop gender-based harassment which was happening to her on the way to school or home.

“Those boys who usually harass girls on the streets are not as wild as we think. I can approach them and understand that they are kind they don’t have bad intentions,” said Sinayte.

Last year, Sinayte was awarded by the Oromia Development Association for being a top-ranking student in the woreda and she was given two traditional clothes ‘gabi’ as a gift. “Gabi “is a handmade cultural cloth worn by Ethiopians. It’s worn over the shoulders and upper body and is made from cotton. She received it as a gift as a sign of respect to give to her parents for having an inspiring daughter in the woreda.

Sinayte also shares her experience with her peers to motivate and educate them about menstruation cycles as a normal and natural life cycle. More girls have now begun speaking out freely about it and they are no longer ashamed.

Since the Gender club includes boys as well, they now have a positive and clear understanding of the Menstruation cycle, gender-based violence, and harassment as well as saving money for the gender club. They are super supportive to a point where they even offer their shirts to the girls who start menstruating while attending class until they are able to get pads and change their clothes at the school Gender club Room.

"I want to become an architect and design unique houses and beautiful buildings for my Country Ethiopia,” said Sinayte.

Funded by the Government of Canada, the establishment of the gender clubs and delivery of the life skills education for adolescent girls and boys in Sire Woreda is supported through UNICEF’s Joint Adolescent Reproductive Health, Nutrition, Education, and WASH programme.

Launched in 2019, the joint programme has been under implementation in 17 woredas across five regions. The programme is principally implemented through schools and encompasses iron and folic acid supplement and nutrition counselling for adolescent girls, menstrual health and hygiene and life skills education. 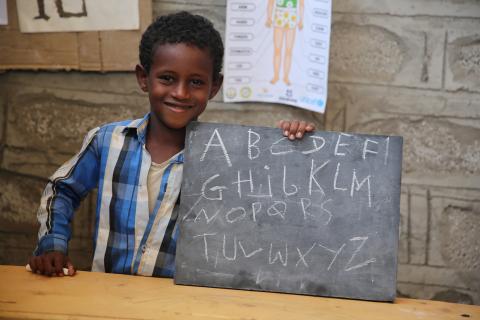 Welcome to 'Bete’ - My Home 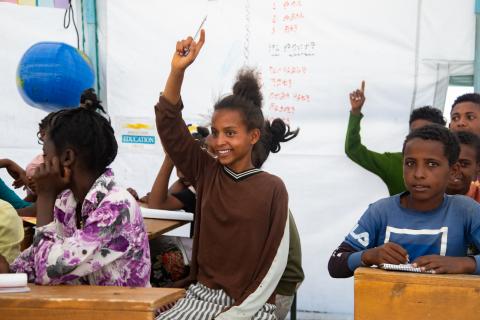 "This is the only thing that makes me happy today" 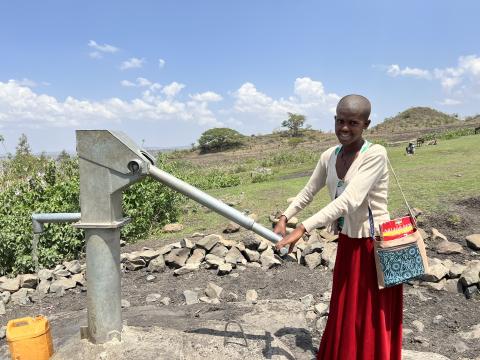 "I wish to join the university in the future" 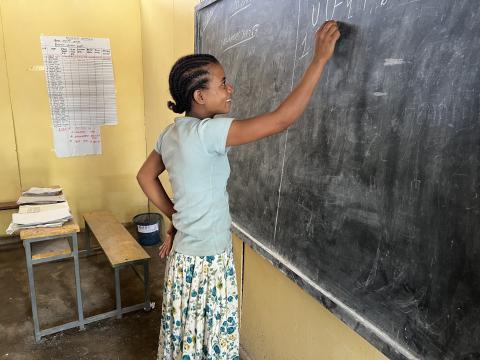