Kemeriya Awol (23) is a college student in Ferejat Kebele (sub-district), Dalocha Woreda (district), Southern Nations Nationalities and Peoples Region (SNNPR). Three years ago, Kemeriya took a life skill development facilitator training organized by the Bureau of Women, Children and Youth. Kemeriya is one of many girls who, through attending the life skill development training, has become a change agent in her community. Kemeriya says that she used to believe Female Genital Mutilation (FGM) was a necessary ritual.

“They circumcised me as a child. I didn’t know about the life-threatening consequences of FGM at the time. On the training, we learned about FGM and other harmful traditional practices and their consequences. It was a life-changing experience for me.”

Dalocha woreda is among those woredas in SNNPR that receives technical and financial support from UNICEF through the regional Bureau of Women and Children’s Affairs for the prevention and response to FGM in line with the Ethiopian Government’s commitment to ending FGM by 2025 and the rollout of the National Costed Roadmap to end child marriage and FGM/C in Ethiopia (2020–2024). Interventions include prevention and response services that are tailored to the needs of adolescent girls and their families and the life skill development programme for adolescent girls (including those who are out of school) through the Bureau of Women, Children and Youth.

When Kemeriya’s parents planned to circumcise her younger sister, Nejat Workicho, Kemeriya challenged her parents. “My parents knew FGM was illegal, so they were planning to take Nejat to our uncle’s place which is very far from our town. I tried to tell them about everything I had learned – about the health consequences, the complications during labor, the psychological impact… but they didn’t take me seriously. That’s when I went to Bureau of Women and Children Affairs and reported my concern.”

Kemeriya’s father, Workicho Aman, recalls, “I was not convinced at first because this has been the practice from generation to generation. But my daughters insisted not to cut Nejat. With the intervention of the Bureau of Women and Children Affairs, we listened, and they convinced us.”

Kemeriya’s mother, Bamrika Gagicho, adds, “We didn’t know about the issues. My generation didn’t have this information and we were just following our tradition. The younger generation is now well aware of the consequences of FGM, and they are teaching all of us. We circumcised our older daughters but stopped the practice after Kemeriya taught us about it.”

Nejat Workicho, also recalls, “I was 12 years old when my parents planned to circumcise me last year. I knew their plans because I overheard them talking. Kemeriya had taught me about the consequences of FGM and the pain that it causes. I also talked to a religious leader because everyone was saying that FGM was a religious requirement. It was all so confusing. I learned that everything the community says about uncircumcised girls is just myths. So, I told my parents that I refused to be circumcised.”

Workicho said, “There was so much we didn’t know about the suffering that FGM causes women. I have two girls younger than Nejat and I will not circumcise them.” Having learned about FGM, Workicho’s family now encourages their community to abandon FGM and Workicho stands up for girls in his community.

“I said to myself, ‘No girl in my neighborhood or district will be circumcised.’ I have been participating in the community conversation and different discussions with my community around harmful traditional practices. Our daughter, Kemeriya was like a revelation for us. We are glad that we didn’t circumcise Nejat and the younger girls.”

Currently, Kemeriya teaches young people and adults in her community about FGM and campaigns against the practice using venues such as marketplaces and schools. She has trained many adolescent girls and witnessed stories similar to that of her sister where adolescent girls challenge their parents and also report to the Bureau of Women and Children.

“Adolescent girls have now realized that they can say no to FGM, and if their parents don’t accept their decision, they have the option to report to the Bureau of Woman and Children Affairs. It is through awareness-raising and continuous advocacy that we can change our communities’ behaviour. I am happy to take part in this effort to end the practice.” 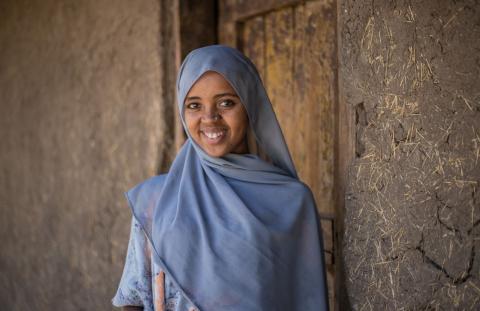 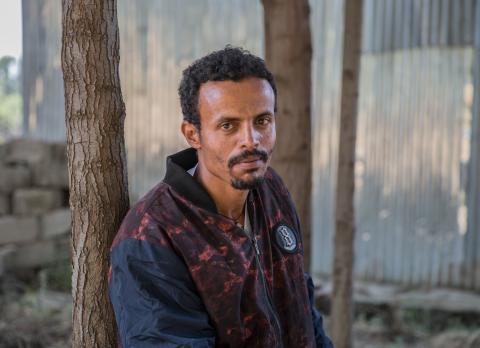 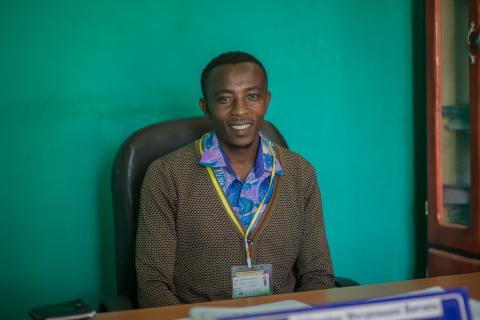 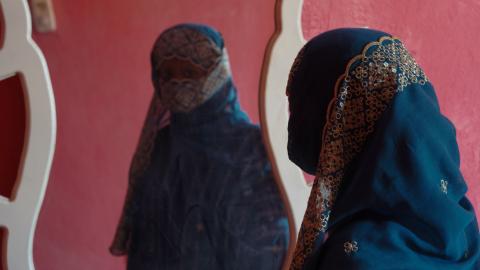