The Kingdom of Eswatini has been commemorating the DAC since 2007 when the government declared the month of June as Children’s month in the country.

The Deputy Prime Minister’s office in collaboration with partners under the Children’s Consortium including UNICEF, World Vision, SWAGAA and others commemorated the Day of the African Child (DAC) with over 1500 children from Swazi National High School on the 16th June 2022 under the theme Eliminating all Forms of Violence Against Children in Eswatini: Our Collective Responsibility. The commemoration which was part of subsequent activities after the launch of the month of the child on the 31st May involved dialogues with children with the aim of soliciting their views on how violence can be eliminated.

The Kingdom of Eswatini has been commemorating the DAC since 2007 when the government declared the month of June as Children’s month in the country. This year, the Deputy Prime Minister launched children’s month on the 31st May 2022 at Esibayeni Lodge where organizations under the Children’s Consortium met to reflect on what needs to be done to effectively eliminate violence against children in Eswatini. Subsequent to the launch, the DPM visited several schools across the country including Sifundzani High School, St’ Marks High School, Maphalaleni High School and others to engage children on issues of violence.

This series of engagements continued during the DAC commemoration at Swazi National High School where the DPM was joined by UNICEF Representative Amina Mohammed and Minister of Education & Training Lady-Howard Mabuza amongst other dignitaries. Seizing the rare opportunity of having the DPM and Minister of Education in their school, learners raised a lot of issues affecting them including corporal punishment, child labor and teenage pregnancy.

Addressing the issue of teenage pregnancy, some learners questioned why government allowed pregnant learners to continue attending school as this encourages other children to explore sexual intercourse prematurely, knowing that their education will not be affected. Responding to this concern, the Minister of Education Lady-Howard Mabuza emphasized that government does not encourage teenagers to be sexually active or fall pregnant. However, she stated that all children have the right to education and everyone deserves a second chance, hence the reason why government allows pregnant learners to continue learning during pregnancy and after birth.

“We need to ensure that the teenage mother’s future does not perish, especially because she already has a baby to maintain, which she can only do when educated and skilled,” she explained. The minister further explained that to ensure that teenage mothers have the time to go to school, they need the support of guardians and parents in taking care of the baby.

The DPM also addressed the issue of teenage pregnancy, stating that it was a violation of the girl child because children are not legally legible to consent for sexual activities.

A female learner whose identity was concealed at the request of the DPM pleaded for the government’s intervention on the issue of tibi tendlu (family secrets), a traditional practice/belief that cases of abuse within families should be concealed from the outside world.

“We need to ensure that the teenage mother’s future does not perish, especially because she already has a baby to maintain, which she can only do when educated and skilled."

“Why can’t we do away with family secrets? We’ve suffered enough under the guise of family secrets, please do something Your Excellency!”, pleaded the emotional learner.

The DPM, touched by the learner’s submission explained that the Sexual Offences and Domestic Violence Act of 2018 was enacted to protect everyone including children in addition to the Children’s Protection and Welfare Act of 2012. He further highlighted that, to protect children from all forms of violence, government has also put in place pieces of legislation including the Computer Crime and Cyber Crime Act of 2020.

On a press statement published on 16th June for the DAC commemoration, the Children’s Consortium acknowledged progress on policy and legislative interventions such as the SODV Act 2018, the Child Protection and Welfare Act 2012, the National Children’s Policy and the development of the Foster Care Guidelines amongst others. The consortium further stated that these milestones reflect the Government of Eswatini and partners’ commitment to realizing the aspirations of Agenda 2040 which include eliminating harmful practices affecting children. 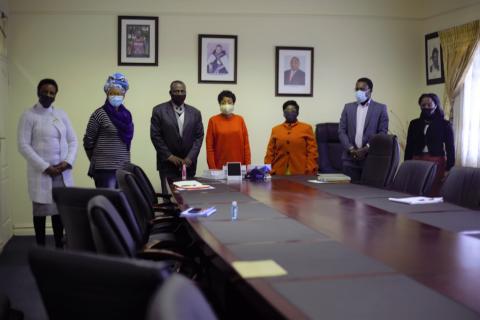 UNICEF Eswatini partners with social workers for continuity of services 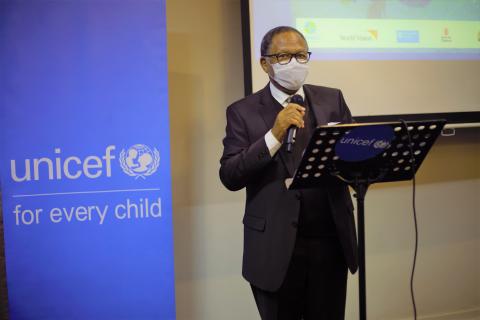 The best interest of the child in COVID-19 era