When Leyla arrived home with money she earned from the sale of her small chicken business, her partner of two years, who is unemployed, went into a rage, furious that she had left the house. In front of her 11-year-old daughter and 8-year-old son, he beat Leyla around the head and locked her and her children out of the house.

As Leyla collapsed on the ground, her son ran to their landlord for help. The landlord assisted Leyla to get to the nearby police station. After a police report was filed to enable a warrant for the arrest of her former partner, Leyla was rushed to the hospital for emergency treatment. Once she was stabilized, the health workers connected Leyla with Musasa, a non-governmental organization (NGO) in Zimbabwe that supports survivors of sexual and gender-based violence (SGBV).

One month later, Leyla tells her story with the confidence of someone who has been campaigning for women’s rights most of her life. “I have shared my story and pictures on social media to help other women,” says Leyla. “People get abused and they don’t know where to go. We mustn’t keep quiet. Girls are being abused by their uncles and fathers, even women who are educated and driving expensive cars are too scared to come forward. I want to prevent others from being damaged.”

A CT scan revealed that Leyla was left with a blood clot on the brain. “I have permanent injuries. I get blackouts and severe headaches,” she says. Leyla also suffered a broken wrist. “My children are traumatised as they witnessed it all. They keep worrying about me and keep asking me if I’m alright.”

Besides counselling and medical treatment, Musasa also secured legal aid for Leyla. Leyla’s former partner, who was out on bail, skipped the court hearing and is avoiding arrest. Fearing for her safety, Leyla is now staying in one of the Musasa’s temporary shelters while her children stay with her mother so they can continue with their schooling. “Now I just want to focus on my future and look after my kids,” says Leyla. “I won’t fall in love again.”

Tackling high levels of SGBV in the region

Prevalence of SGBV remains high in eastern and southern Africa, a region where according to the latest SADC Sexual Reproductive Health Scorecard data, in seven countries, around 20 per cent of those aged 15-24 years reported they experienced violence from an intimate partner. Sexual violence against children below 15 years is highest in the Democratic Republic of the Congo, Mozambique, Uganda, and Zimbabwe. Responding to this, a United Nations joint four-year programme to improve sexual and reproductive health rights (SRHR), including preventing and responding to SGBV, was launched in 2018. The 2gether 4 SRHR programme is supported by the Swedish International Development Cooperation Agency (SIDA) and combines the efforts of four UN agencies – the Joint United Nations Programme on HIV/AIDS (UNAIDS), the United Nations Population Fund (UNFPA), the United Nations Children’s Fund (UNICEF) and the World Health Organization (WHO). It involves working with governments and partners in 10 countries in eastern and southern Africa.

A key objective of the programme is to strengthen legal, policy and strategic frameworks in the region to better align them with global, continental and regional commitments. For example, the partnership encourages the development of legislation on domestic violence where there is none in place; guidelines on clinical input for SGBV services, including ensuring rape survivors access post exposure prophylaxis (PEP) within 72 hours to prevent HIV; and facilitating trainings at all levels, particularly at community level for people working in health, social welfare, legal services and the police.

Training has made a difference for critical but under resourced services

Sharon Matingwina, Musasa Programmes Officer, says that the training provision has been one of the most significant contributions of the 2gether 4 SRHR programme to ensure scale up and quality of critical but under-supported services, particularly for staff in Zimbabwe’s remote rural areas and poor high-density suburbs. This year, so far, over 300 people have been trained in 16 of Zimbabwe’s 59 districts, including staff from shelters and one-stop centres where survivors can access holistic services (health, psychosocial support, legal and police services). “Now if they are helping a survivor of SGBV, the staff know immediately what needs to be done,” says Matingwina.

Zimbabwe has a Domestic Violence Act in place, and Musasa participated in its development. Before it was passed by Parliament, UN agencies had supported Musasa in engaging with parliamentarians and assisted the setting up and running of the Anti-Domestic Violence Council (ADVC). The ADVC, whose membership includes government institutions and civil society organizations, has many functions, such as conducting research, establishing safe houses, and increasing awareness about domestic violence.

Recently, Musasa has stepped up its advocacy efforts to lobby for a minimum mandatory sentence of 16 years for rape, and to push through a bill on sexual harassment. However, the approval process has been delayed as parliament has not been able to sit during the COVID-19 lockdowns.

Musasa also engages directly with the community on SGBV, including child marriages and adolescent pregnancies, particularly through social media campaigns and roadshows. It was at a roadshow that Chico, 23, met one of Musasa’s counsellors, and after years of abuse, got help. As a child, Chico was raped by her uncle - her mother-in-law’s son, who was living in the family home. The second time he raped her, she fell pregnant and ended up dropping out of school. “When I told my mother-in-law, she told me I mustn’t say anything as it was her son and she didn’t want him to go to prison.”

Finally, when Chico seized the opportunity to approach one of Musasa’s counsellors at the local roadshow, she was given refuge in one of their temporary shelters, during which time the Musasa team of experts helped her with legal proceedings against her uncle and provided counselling for herself and her family. The uncle, who confessed to the rape, is now in prison, and Chico is back living with her family and her son, who is now 3 years old. She says the family, including her mother-in-law, are supportive following family counselling from Musasa, particularly with helping her raise her son. “At first I didn’t want my child, but now after the counselling I am attached to him,” says Chico.

Although there is still a long way to go in Zimbabwe in preventing SGBV, Matingwina says that, since the launch of the 2gether 4 SRHR programme, Musasa has been able to step up its efforts, which has made a significant difference. “We’ve been able to empower many survivors,” she says.

(The names of the survivors have been changed to protect their identity). 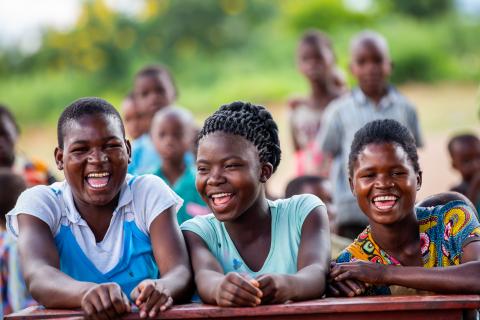