A Warmer Winter for Two Friends

UNICEF partners with UNHCR for the winterization support to refugee children

Cairo, Egypt – “I crossed the borders with my brother, but we got separated in Aswan and I never saw him again”. Dradatto, a 15-year-old Ethiopian girl, is in tears when she remembers that moment. Two years ago, Dradatto and her brother fled the civil war at her small village in Ethiopia, looking for a safer life. They irregularly crossed the border and lost each other when they crossed to Egypt.

Alone in a country that she doesn’t know, it was very hard for the young girl to get information or help. During her difficult journey to Cairo, Dradatto met an Ethiopian family who fled their home for the same reasons.

Speaking the same language, Dradatto was finally able to communicate and explain her situation, convincing the family to host her until she finds a job and be able to support herself.

The shelter offered was humble and contrary to what Dradatto was expecting, the experience wasn’t very pleasant. “They didn’t treat me well, but I had nowhere to go. I left school early because of the war and I can hardly find any job here,” Dradatto said.

After spending some time in Egypt, Dradatto received a “yellow card”, a legal identification document for asylum-seekers in Egypt issued by UNHCR that allows them to legalize their stay in Egypt by receiving a residency permit. The same card also enables her to access humanitarian assistance from different humanitarian partners. In time, Dradatto started meeting other Ethiopian refugees. Among them was17-year old Magaratto. They instantly became friends.

One day, both Dradatto and Magaratto received an SMS carrying great news: the text was announcing that they will receive some money to stay warm during winter. In Egypt, the temperature during winter season can go as low as 5-11 °C, requiring more means to keep warm specially for the more deprived and marginalized children.

“One thing I miss about home is a giant tree called Oddda around which all family gatherings took place” said 17-year-old Magaratto.

The two young girls came together to the Caritas premises. This is where they should receive the winterization cash grant for children, a grant which is partially funded by UNICEF in 2018-2019.

UNICEF and UNHCR signed a joint response for the 2018-2019 winter campaign targeting 3,800 sub-Saharan African and Syrian unaccompanied asylum-seeking children with a one-off winterization grant of 1,000 EGP per child.

Starting December 2018, the grant has reached beneficiaries by using UNHCR’s cash delivery mechanisms, either at Caritas offices for all unaccompanied and separated asylum-seeking and refugee children or through ATMs for refugee children staying with families.

An evaluation has been set up with UNHCR on both the process (administration of cash) and the post distribution (utilization). 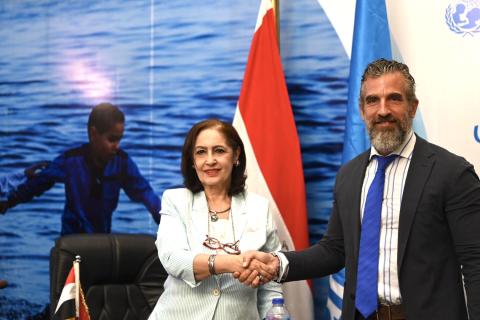 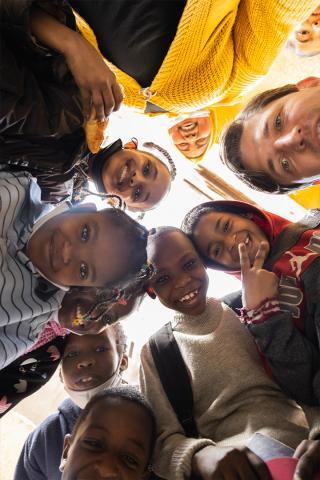 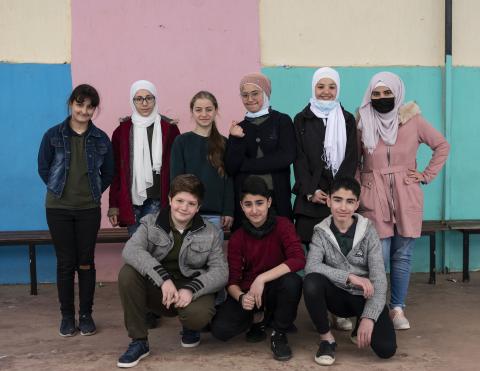 Learning as a driver for social cohesion 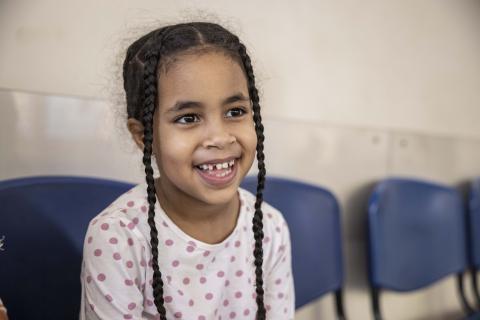