Not Just A School

The route to Al Bashayer school in Gezeret Al Hawatka area is long and unpaved.

The route to Al Bashayer school in Gezeret Al Hawatka area is long and unpaved. It passes through productive fields of crops as well as abandoned ones, under the scorching June sun over Assiut.

Students everywhere are in their summer recess, yet Al Bashayer community school is full-house in the middle of June. A group of around 35 boys and girls between 8 till 14 years old are sitting at the school tables. They are diligently copying an excerpt of the class blackboard titled “Manufacturers of My Country” from the primary second year official education curriculum.

In areas such as Gezeret Al Hawatka, the closest basic education school is miles away. There, community schools offer the village’s children an opportunity to access proximity educational services that are endorsed and supervised by the Ministry of Education and Technical Education (MOETE) in a safe and culture-sensitive setting.

The friendly school environment from the community schools played a vital role in the life of nine-year-old Ahmed. “I want to be a doctor- actually an orthopedist, like the one who treated my leg,” he said with the smile on his pleasant round face fading as he looked at his injured leg, hiding behind a pair of jeans. A year ago, Ahmed’s leg was wounded by a stray bullet. Vengeance between families is still common in Upper Egypt. Due to regular family feuds, one of Ahmed’s relative had been carrying a gun, and an unintentional shot happened.

Being a widowed mother with limited income, having to deal with the trauma and the medical treatment of her son, Ahmed’s mother was concerned that her son’s absence would put his education in jeopardy. He had to remain out of school for six months during his recovery. When he returned, Ahmed and his mother explained how the teachers, the students and the community were so supportive to him. “The kids at the class cheered for me and kept saying: ‘Come on walk Ahmed’ until step by step, I could walk again on my own. Even the teachers get me an extra chair to lay my legs on,” says Ahmed describing his return back to his school. 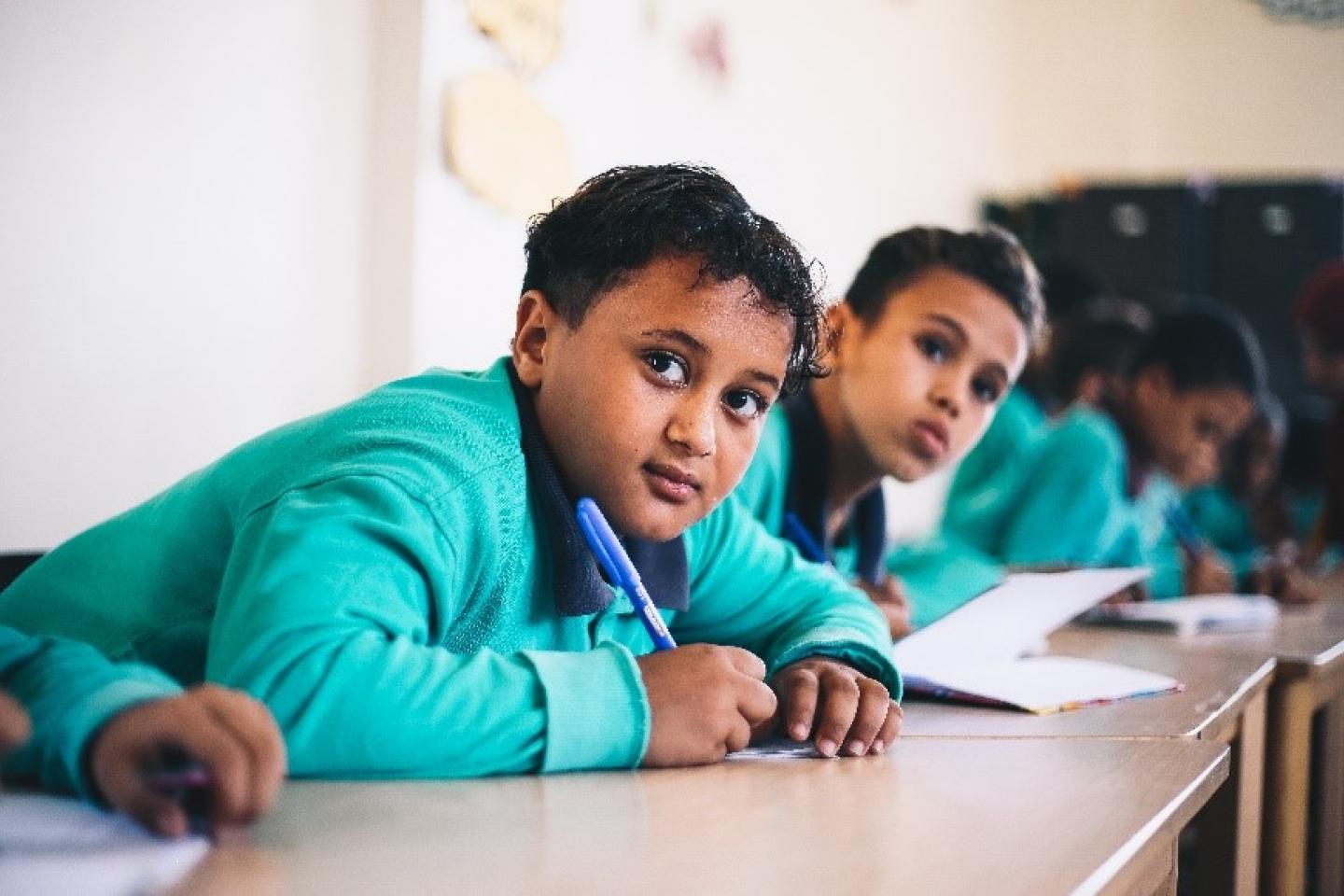 The special nature of community schools makes them not just physical places where children go to learn and leave at the end of the school day. Their ties with the students’ families and communities, and the awareness of the teachers of each child’s specific situation, makes community schools an institution which positively influences the lives of their students.

Ahmed walks to school every day – even in the dry hot summer – accompanied by his mother. With the support of the Community Education Committee,  the motherwas offered a job in the nearby canteen- an opportunity that served the school, allowing her to be around her son and also make some income.

Another student -Ola- is a beautiful fourteen year-old-girl. Gaining a place in Al Bashayer school was not was not an easy journey for her. As many other families in Upper Egypt, Ola’s family was doubtful of the value of education for a girl. Her father was more in favor of her staying at home waiting for a marriage proposal.

It was only thanks to the help of some active members from the Community’s Education Committee, that the life planned for Ola took a different path, a path carrying potential for Ola to achieve her big dreams.

Awatef, a cheerful outspoken lady in her forties is an active member of the Community Education Committee. “When the Ministry of Education and Technical Education and UNICEF officially opened the school, I managed to convince Ola’s mother to get her in, and she was the one who handled the father,” Awatef said with a giggle, “but it was her older brother – despite having received a college education himself – who was totally against his sister’s education, because of traditions.”

Ola recounts how in a drama activity in the school, she starred a short play about a girl who wants to get an education, “Just like my own story”, said Ola with a shy smile. She went on to talk about how education is like “eyesight”. “When I go with my mother to an errand, I am the one who directs her where to go and how to find places.” 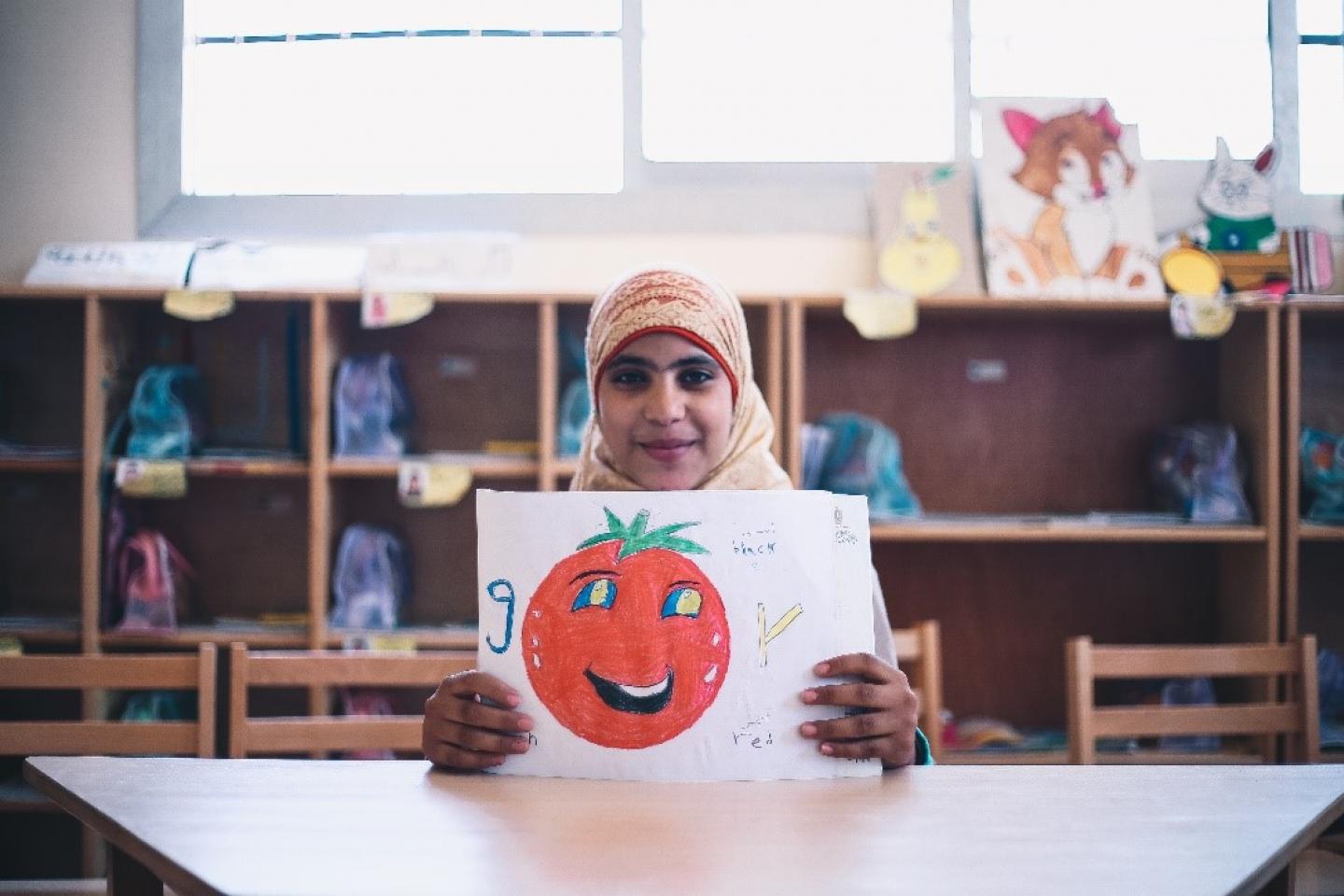 Ola’s wide brown eyes dive into her imagination “I want to keep going to school whatever it takes, I would love to see myself a doctor one day.” Al Bashayer community school takes the children through the primary stage, but then they would have to join the regular preparatory school. She is attending school every day with other students to make use of an accelerated programme that allows them to finish the curricula of grades 1 and 2 before the next academic year, to be able to catch up with the regular education system.

Al Bashayer school is supplied with furniture, equipment, stationary, educational tools and teacher training provided through the project “Expanding Access to Education and Protection for At Risk Children in Egypt” funded by the European Union and implemented by UNICEF in coordination with MOETE.

Behind the scenes in the process of establishing the school, are the members of the surrounding community who represent its education committee. Like Awatef, through their close connection with the families in their village they are able to influence decisions for the favour of the children. “We can sometimes speak about female genital mutilation, convince parents to let their girls continue education,” says Awatef, “sometimes the men in the committee even intervene to reconcile families in wars of vengeance.” 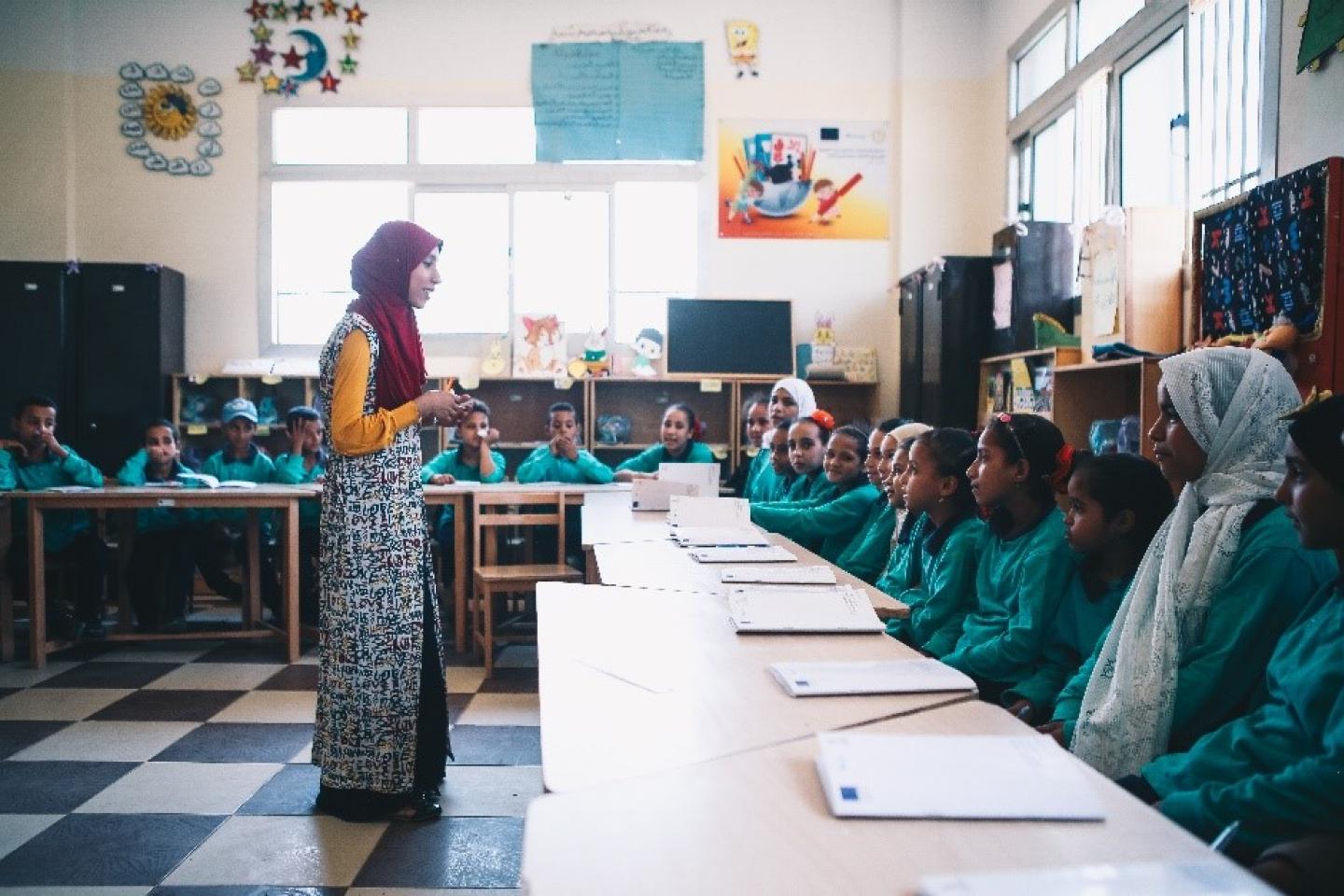 Before there were other options, the children in this village and the surrounding ones could only go to the nearest school by car. This was not a sustainable option and most children would not complete the primary stage. “Years ago, having a school near our homes was something my own father dreamt of,” says Awatef, “Today things are improving. There were areas like this one that were totally deprived of education services. Now with the participation and contributions of the community and the support of this project we have a school running and serving the children of the village.”

Through UNICEF’s implementing partner Terre des hommes (TDH), the education committees members attend workshops on community participation that usually cover topics such as the value of community participation, resource mobilization mechanisms and other related skillsthat help them address challenges that affect the student’s enrolment and attendance in the school.

“In Manfalut, the communities’ willingness and commitment to support the continuation of community schools is a manifestation of the success of community-based education and the local people’s belief in it,” explained Hatem Kotb, Field Representative of TDH in Assiut, “Community leaders together with local NGOs have made a lifetime commitment to pay the teacher’s salaries, with EU funding, UNICEF has equipped the schools and trained the teachers, and the Ministry has endorsed and officially opened five new schools in Manfalut. This is a success story.”

With the support of the EU-funded project, hundreds of other schools following the same community-based modality as Al Bashayer school, are sparking the aspirations of disadvantaged children in Egypt and granting them their right to learn and to play. 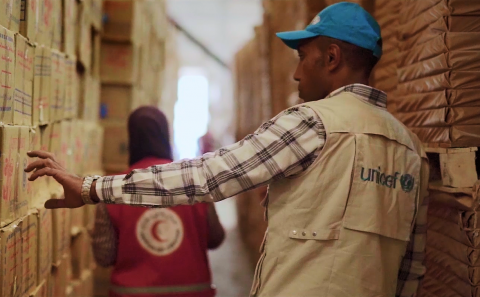 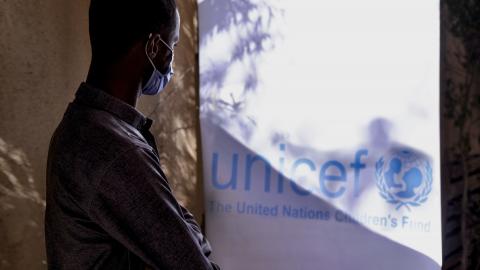 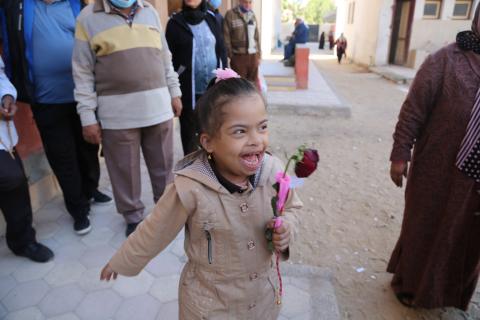 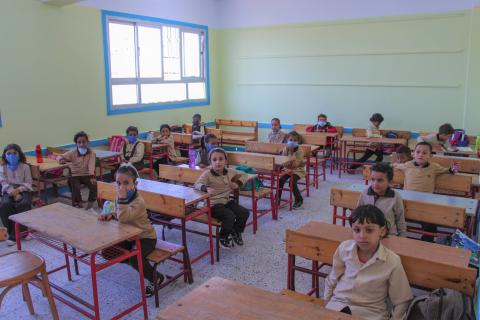 Students kick-off their new academic year excited by a very different experience, after their school was restored and rehabilitated with UNICEF’s support.