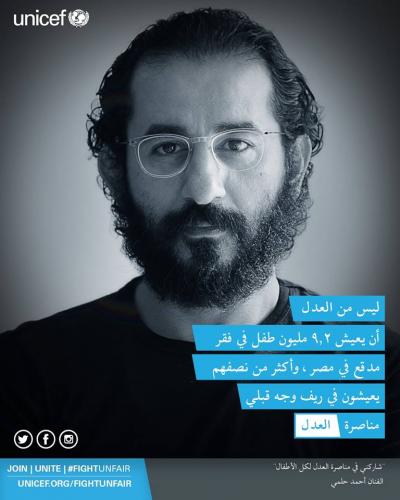 Ahmed Helmy is a well-admired Egyptian Actor; he is also a Writer, a Judge at a talent show, a Producer and an Engineer.He is married to actress Mona and they have one daughter, Li Li and two sons, Selim and Younis.Helmy has previously collaborated with the United Nations World Food Programme (WFP) to help promote the "Food for Education" project.

With UNICEF, Helmy participated in the #FightUnfair social media campaign which started in December 2015, and aimed at shedding the light on the challenges facing children and young adults in Egypt.The campaign tackled pressing issues like malnutrition, child labor, and poverty. Helmy focused on the suffering of children living in extreme poverty especially in rural Upper Egypt.

After being officially assigned as UNICEF Egypt Ambassadors, Ahmed Helmy and Mona were featured in two short videos promoting for ending violent disciplinary practices. The short videos are the couple’s contribution to the national multimedia campaign to promote Ending Violence Against Children, with the focus on positive parenting, in partnership with The National Council for Childhood and Motherhood (NCCM) and supported by the European Union (EU). “Alwadna” (Our children) campaign was launched on social media to raise public awareness on the issue of positive parenting especially targeting parents, caregivers and parents-to-be. The campaign reached 80 million people.

More to know about Helmy's work with UNICEF Egypt

Helmy contributed to the global Super Dads initiative with a social media post in June 2017, marking Father’s Day, as part of UNICEF glocal #EarlyMomentsMatter campaign, promoting Early Childhood Development and the importance of good parenting -love, play, protection and good nutrition -for the healthy development of the brains of babies and young children.

Later on during the same year, Helmy starred in a PSA to highlight parents' critical role in children's early development as part of UNIICEF’s #EarlyMomentsMatter (ECD) campaign. Co-developed and written by Helmy and the award-winning advertising director Mohamed El-Zayat, the PSA, which builds on the ECD journey to make ‘Early Moments Matter’, reminds the audience of how important it is to call things by their real names in front of children, for the healthy development of their brains. 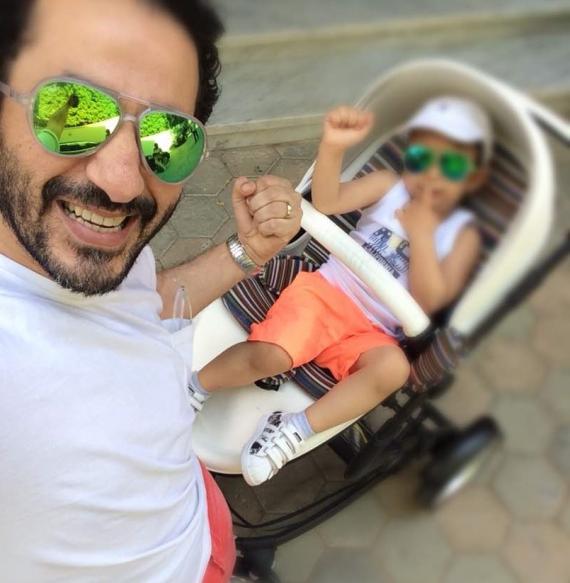