We are all the same - just human

How I overcame the misconceptions about refugees in my community

Nikolina Bonić is a 16-year-old high school student from Šid, Serbia. Her dream is to live in a free society where everyone can express their opinions. She strives to foster those ideals in her community. She wants to be an investigative journalist.

I’ve never closed my eyes to injustice. Since I was little, something has prompted me to fight against it. From the first time I witnessed it and experienced it in school. Whether it was directed at me or someone else, I reacted the same way. I always act from my heart and with the desire to make this world a better place.

The injustice I have faced has always been closely related to discrimination whose causes I have never been able to figure out. Over time, I realized that, society can be a fertile ground for cultivating stereotypes and rules that result in everything I fight against: misunderstanding, judgment and rejection. In the end, these negative values have persisted here for far too long, so I can’t fight them alone.

Our society often disqualifies everything that is unfamiliar, it doesn’t understand or is different. Whatever sets someone apart, whether it’s their financial situation, health or any other concern that differentiates them from the majority, it doesn’t make them less worthy. In fact, it often means that they have a new perspective that can help others.

The same can be applied to the migrant crisis. It’s only one of the issues facing this country, and I wouldn't pay much attention to it, but those negative values are resurfacing.

We faced the unknown and learned something new.

The life of young people from the Reception Centre for refugees and migrants in Šid is not easy! Instead of offering them a helping hand and understanding, we often discriminate or label them! Very few people see them as equals.

When young people are in a foreign country, and being discriminated against, rejected and unwanted just because of the colour of their skin, religion, and things like that, when prejudice wins the battle over reality and negative values become the standard that everyone blindly follows, something must be done!

That’s why my friend Kristina and I, together with our friends from the Reception centre in Šid, Hadi and Nabi, applied to the UPSHIFT programme. We tried to find a solution, and with our ideas, make a change. It was just the first step in our battle, together, to overcome the misconceptions in our local community. Now, we are implementing our project, to bring the locals closer to the people from the Refugee centre through a Friendship Tournament and the Culture and Arts Fair. If they meet, they may realize that we are all the same - that we are all just human.

That’s my way to stand up to all the negative things I notice in my community. I encourage every young person to find their own way, to jointly eradicate all negative values and show people that we should be free to make up our own minds. We need to increase awareness in society that all people should be encouraged and helped, not rejected and discriminated against! 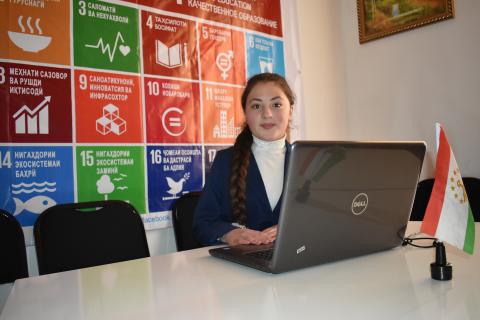 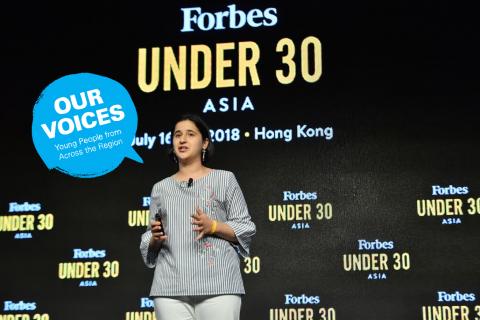 Rainergy: A story of determination, success and sustainable
How one girl from a small village in Azerbaijan created a device that generates electricity from raindrops
Read the story