Vaccinations with a smile in Uzbekistan

A champion vaccinator makes immunization stress-free for children and parents

Baby Imona is visiting the clinic, but there is no fear or tension, because Nurse Aziza Abduazimova knows how to put her and her parents at ease. Aziza’s open face and sweet, cheerful manner make all of the children she meets comfortable.

“I always meet babies with a smile. Then I answer all of the parents’ questions about vaccinations so that they feel they can trust me with their child’s health. I make the child comfortable, and chat and play with them. I use toys to create a relationship before vaccinating them.”

Aziza has been immunising children at Polyclinic #47 in Tashkent, Uzbekistan for six years now. She says that she loves her job.

“I’m a mother myself. I have three sons aged 15, 12 and 10 years old who are all vaccinated and growing up healthy. I didn’t have a moment’s hesitation in getting my children vaccinated, and I am happy to help other mothers raise strong and healthy kids.”

Aziza believes that it’s much better to vaccinate a child and prevent a disease than treat the sometimes-serious consequences of an illness.

“Polio can cause permanent paralysis. Mumps, a common childhood disease, can make boys infertile, and measles can be fatal. It’s not just the consequences for the individual, either. A child who hasn’t been vaccinated is putting everyone else at risk, including babies and unvaccinated adults.”

However, despite all the evidence about the safety of vaccines to prevent serious disease, some parents are still hesitant.

“It’s a natural urge for a mother to protect her baby, and some mothers are scared to cause their baby the pain of an injection,” Aziza says. “Believe me, when I first started this job, I used to cry along with the babies, but then I realised that by causing this brief moment of pain, I’m preventing a lot of future suffering.”

Some parents read things on the internet that scare them. Aziza says, “I follow a lot of discussions on the web and I often post evidence to prove that they needn’t worry. All the vaccines used in Uzbekistan meet international standards.”

Aziza recalls a young mother who didn’t vaccinate her first son. “He got every childhood disease, one after the other, including Hepatitis A. With my encouragement she decided to vaccinate her younger son. He has grown up very healthy. Now when people see them together, they assume the younger one is older because he wasn’t sick as often, he’s so much taller and stronger than his brother. His mother tells everyone her story. She says, ‘If I’d had my older son vaccinated, I wouldn’t have gone through all these troubles.’”

Aziza helps parents who have concerns about vaccinations to meet mothers and fathers with children who have been fully immunised. “Peer to peer conversations are really helpful because parents trust fellow parents and they can see the results.”

She believes being a good vaccinator isn’t just about following procedures but having the right attitude:

“There was one lady who came from outside our clinic’s catchment area. She was surprised to find me so cheerful and friendly. In her previous experiences staff had been professional, but she told me my friendliness has made such a difference to her children; now they feel at ease during and after vaccinations. It makes such a difference how you treat people."

"Children pick up a lot from how you deal with them—they connect with a smile.”

“My main message to parents would be to follow the vaccination calendar. Don’t wait or delay; it has been developed to protect against the most common diseases in this country and vaccinating on time gives your child the best protection.”

Aziza gives baby Imona a last cuddle. She smiles, “Parents share the hope that their child will grow up healthy. In my work as a vaccinator, I can help make that happen.”

UNICEF in Uzbekistan trains health professionals across the country to vaccinate children and works closely with the Government to ensure the vaccine system is safe and can reach all children with life-saving immunizations. 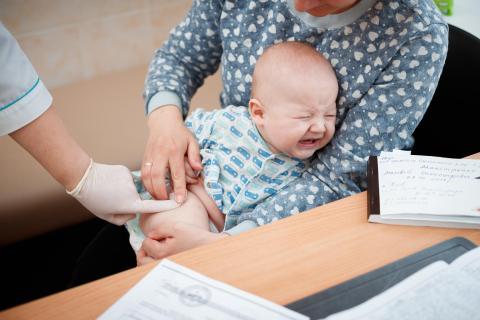 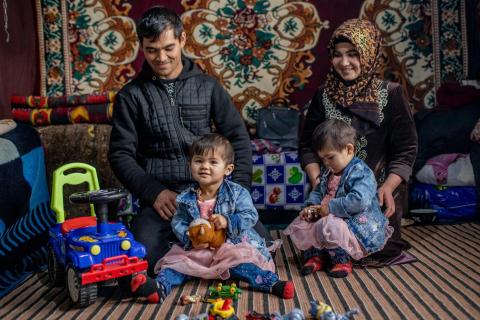 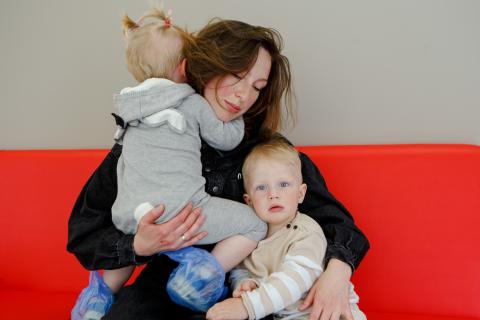 Amid war, Ukrainian mothers fight for a healthy future

Many children are still in need of vital vaccinations against polio, diphtheria and other diseases. 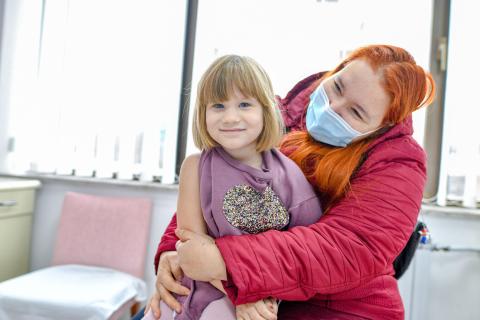