The stories of two mothers: Adina and Didina

Over 19,000 people in Romania have been diagnosed with measles since 2016. To date, 64 people have died – 58 of them children. The outbreak is the result of a drop-in immunization coverage over the past two decades, with many parents fearful of vaccination, due to the spread of misinformation.  For example, the proportion of children who have received a second dose of the measles vaccine – which is needed to adequately protect a child form the deadly disease - dropped from 97 per cent in 2000 to 76 per cent in 2016.

It was only after UNICEF started re-engaging in the national measles programme that this drop was stopped, and the coverage is currently up 5 percent from 2016 for the second dose. UNICEF focused on improving immunization awareness of the general public via TV, radio and social media, as well as on redesigning the national electronic vaccination registry, on conducting catchup immunization campaigns in areas with extremely low coverage, and on improving behavior and communication skills of local health workers on immunization.

Besides these actions, UNICEF supported teams of health and social workers in 45 communities in Bacău county, in eastern Romania. Their interventions focus on providing a minimum package of community-based health services, including access to vaccination, to save and improve children’s lives.

Adina and Didina are two mothers who have been reached by these community-based teams, and whose children are now fully immunized against the disease. The initiative relies on the work of health professionals such as Gabi Stan and social workers like Magda Grigoriu to build trust with families.

The first time they came knocking to tell her about the measles vaccination, Adina said “no.”

“I was afraid after hearing people talk about vaccines at the post office, the grocery store,” she says. “As a parent, you panic.”

Adina is a mother of four. Her husband, Ionut, works at a chicken farm and the family lives in a house made of clay and straw, in Buhuși, Bacău county. The four children are in school and doing well, and Adina and Ionut are proud of them all.

When Gabi Stan, a health mediator, and Magda Grigoriu, a social worker from Buhuși city hall, came knocking to remind them to vaccinate their children, only their eldest daughter, Petrina, had already been vaccinated against measles. The youngest daughter, Delia, and the two boys, Alberto and Mario, had not.

Fortunately, the family had known Gabi for years. She and her colleagues had helped Adina get identity papers for the children, register with the family doctor and – before Ionut found a permanent job – prepare the family’s applications for social benefits.

Working closely with other members of the UNICEF supported Community-based Child Services Team, Gabi went from door to door and talked to every vulnerable family in Buhusi, to make sure they understood the serious risks for a child when he or she is not vaccinated. Gabi’s team was part of a larger awareness and catchup immunization campaign launched in 2018 by Romania’s Ministry of Health, in partnership with UNICEF and the World Health Organization, to vaccinate children that have the lowest rates of immunization – often those living in the hardest-to-reach areas, in Roma communities, and in families that are extremely poor.

When it came to the vaccination of children, Gabi says the hardest part was getting the very first parents to say “yes.” Once that happened, others saw that their kids were fine, so they also started to say “yes” to having their children immunized.

Trust was also the crucial factor for Adina: “She spoke to me from the heart. And maybe that’s why she convinced me. And then this fear crept in. God, what if I don’t do it and my children suffer, and then I have them on my conscience? I asked when they were doing it [and was told]: the pick-up van comes on this day, at this hour.”

Ensuring every child is protected

The van came on a rainy August day. Adina got the children dressed and they all set out to meet it. “The road was muddy, I carried Mario on my back,” she says.

Up on the hill, the van from the city hall was waiting, ready to take them to the community centre.

A doctor from Bacău came to supervise and answer the mothers’ questions.

On that one day, Gabi, Magda and their colleagues brought 45 children to the community centre to get vaccinated against measles. And when they called on Adina again to remind her it was time for other vaccines, she said yes right away.

Petrina is now in a trade school. Alberto wants to be an auto mechanic. Delia is the best in her class and Mario wants to bring his mother “lots and lots of food” when he grows up.

Didina is a single mother of seven children. Her education ended after two years of high school. Now she works daily jobs whenever she can and looks after her small home: a small hallway and one large room divided in two, where she lives with her kids.

Mihaela, her oldest daughter, works in Italy. Didina uses the money Mihaela sends home to pay the electricity bill. All the other children go to school or kindergarten, except Rarian, her youngest, who has hydrocephalus, a condition caused by an abnormal accumulation of fluid which results in pressure on the brain. Aged two, he cannot talk or walk.

The first “yes” is the hardest

Didina had seen mothers on TV who would not have their children vaccinated because they were afraid. She even heard such talk on her own street. Magda the social worker, recalls similar reactions when she and her colleagues, including health mediator Gabi Stan, went door-to-door, urging people to vaccinate their children. “People would say ‘no’, she says. “We’d say ‘hello’ from the gate, ‘You’re scheduled for vaccination’. But the response would be:  ‘We’re not doing it. I’ll sign to waive it.’”

But Didina was different. Gabi and Magda had been helping her and other families with applications for benefits, as well as medical, education and family support.

As a result, Didina already trusted them both. Didina ignored other people’s misplaced fears and, when Gabi asked her to bring her children for a measles vaccination, they were the first to arrive at the community centre.

“[It’s] so they don’t get sick. I was glad it happened,” says Didina. I only care about me and my children, and their health, not about what people say.”

Once mothers like Didina said yes, it was a lot easier to persuade others to do the same. They could see that the vaccine did no harm, and understood that it would protect their children against a life-threatening disease. 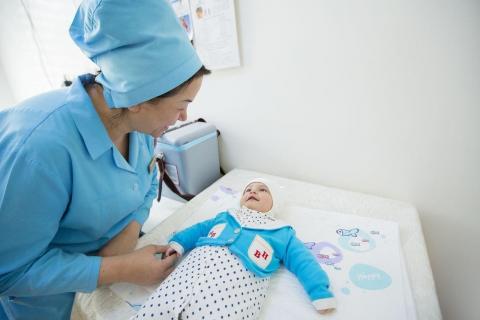 23 million children missed out on basic childhood vaccines through routine health services in 2020, the highest number since 2009 and 3.7 million more than 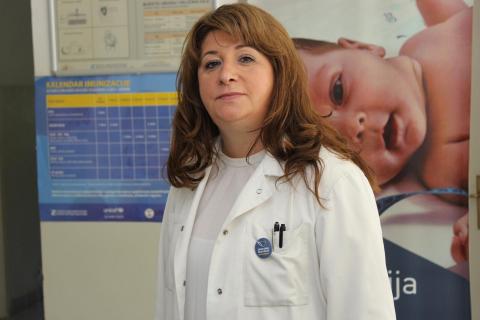 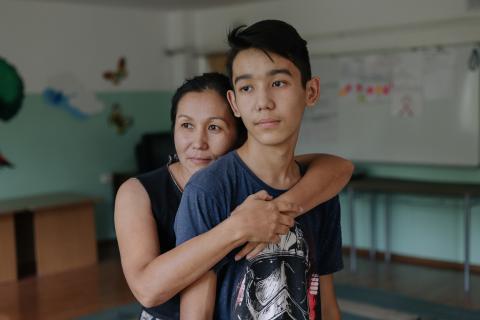 6 ways parents can support their kids through the COVID-19

A psychologist's advice on how to help your children deal with the many emotions they may be experiencing now. 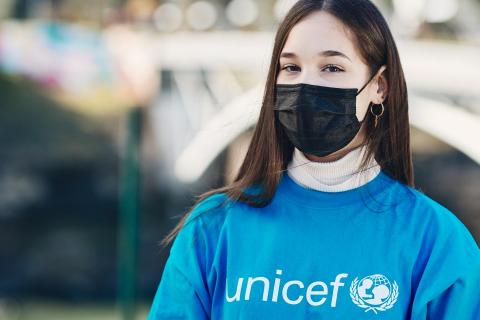 #DistanceHandsMask for the end of the pandemic