Transiting in Ventimiglia: the last step towards a better future

The UNICEF-supported mobile team of Save the Children meets Abel, a boy transiting into the town of Ventimiglia, last checkpoint in Italy for many migrants’ journey.

ABEL (not his real name) is an Eritrean boy, just 16 years old. During his childhood, his older sister took care of him. She raised him and then helped him financially for his journey. He was only 12 years old when he left Eritrea: neither his age nor the dangers of the journey to Europe were enough to stop him. What he wanted the most was to make a better life for himself and be able to help his mother and sister back home.

After leaving Eritrea with a friend, he crossed Sudan and arrived in Libya. The path through the Sahara was particularly strenuous and painful, he recalls. He was kidnapped and trafficked multiple times. In Libya, he arrived at the Bani Walid centre, a detention camp notoriously known for human trafficking, torture, abuse, and violence, where he stayed for a month. Then, traffickers transferred him to another centre for seven months. During his time in Libya, Abel endured episodes of violence and witnessed much cruelty, and he was constantly being extorted for money by traffickers. Eventually, he managed to get on a boat to Europe.

The UNICEF-supported mobile team of Save the Children met him one evening in Ventimiglia – a town squeezed between the Mediterranean and the Alps near Italy’s north-western border with France. A charming sea town, Ventimiglia is a transit point to cross into France from where many migrants and refugees pursue their journeys towards northern Europe.

As an increasing number of migrant journeys are resuming, following the period of movement restrictions connected to COVID-19 prevention measures, many are now trying to cross the border through the forest-covered, steep mountains; an extremely dangerous route dubbed “the pass of death” which migrants usually have to take multiple times due to reported pushbacks by French authorities.

The living conditions of migrants and refugees transiting in Ventimiglia are dire, and especially tough on children: most do not have access to proper shelter, water and food, and many require protection and psychological support. Since the closure of the Camp Roja reception centre, located in the outskirts of Ventimiglia, in July 2020, services for migrants have been drastically reduced. Migrants and refugees now usually sleep outside the train station, under a big overpass in the outskirt of the city, and on the banks of the river Roja. The risks for children, adolescents, and young women sleeping rough are particularly high.

The team met Abel one evening near the station and the next morning at the Caritas NGO, where he went for the distribution of breakfast. His eyes showed the strength and resilience of someone that had to grow up fast and way too soon. Although he is grateful to have arrived in Italy, he doesn’t want to stop. He wishes to continue his journey to another European country, where he can settle down and find an occupation, finally making the dreams he had when he left Eritrea come true.

He told the team that he has spent the night in an informal settlement along the disused train tracks with other migrants. As nights in northern Italy can be very cold, he asked for a place where he could sleep warm and safe, which the team was able to provide. The team provided him with useful information – including legal information about the rights of children in Italy, international protection, and family reunification procedures. They also illustrated the risks involved in crossing the border and delivered a backpack containing items such as soap, socks and a blanket.

In Ventimiglia, Save the Children and UNICEF are jointly implementing an emergency programme to identify, support, and protect unaccompanied and separated children and young migrants and refugees.

Between December 2020 and May 2021, the team assisted 895 people through the provision of information regarding their rights, both as children and as migrants, as well as on locally available services for child protection and on gender-based violence risk mitigation and access to available services. Finally, the team also distributes kits containing basic items primary for personal hygiene, diapers for children, and menstrual hygiene products for women and girls.

Journeys like Abel’s are all too common. Children depart countries with weak child protection systems and take dangerous journeys in search of a better future. This is why UNICEF calls for a comprehensive approach to supporting children in their countries of origin, as well as through safe legal pathways for migration that don’t risk exposing them to exploitation, violence, and abuse. 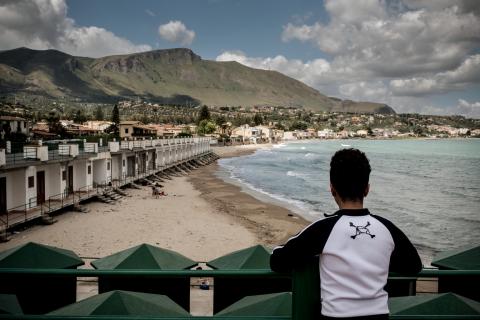 UNICEF and partners offer practical resources to support boys and young men on the move. 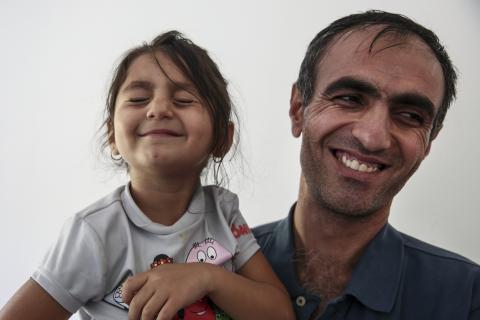 Why continuing their education is vital for refugee children

A father tells us why he is prioritising his children's education above everything. 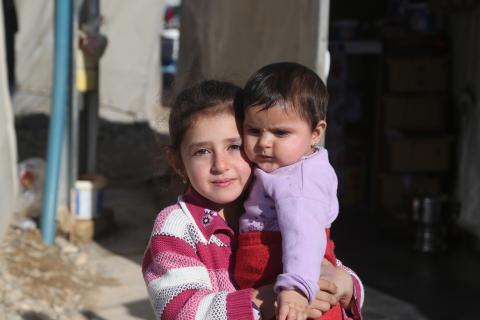 Latest press releases and updates about children uprooted in Europe 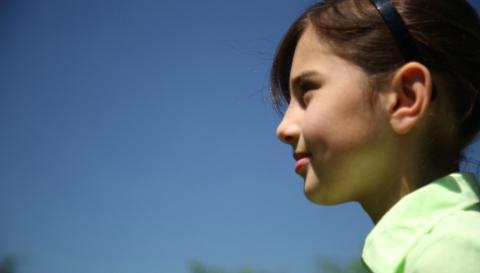 UNICEF’s Agenda for Action for Refugee and Migrant Children