Growing up in conflict, Sasha tells his story

A football trophy sits on a shelf in the small house where Sasha lives with his grandmother Valentina. “I wanted to become a professional player, but I had to stop playing after the injury,” says the 12 year-old.

That injury was caused by a stray bullet which hit Sasha in the ankle. It happened last summer while he was riding his bicycle close to their home in Avdiivka, eastern Ukraine, a town affected by volatile conflict for nearly four years now.

“There was shooting somewhere in the distance, but I didn’t hear the bullet fly or anything,” says Sasha. His ankle was shattered. It was weeks before he could even walk – and his life has since changed.

Valentina noticed the change in her grandson right away.

“He’s like a grown-up now,” she says. “Before he was hit with the bullet, he was more like a proper child.”

Today, like it is for hundreds of thousands of other children caught in eastern Ukraine’s conflict, there are few places where Sasha is safe.

His school is only open for three days a week, for a couple hours each day, because there is no heat and the fighting puts children in constant danger. There are bullets and shrapnel scattered in the school yard and Sasha and other children often hear artillery fire when walking home after class.

Being at home doesn’t offer additional protection. Stray bullets have flown through the house while Sasha and his grandmother were inside.

“You never get used to not knowing if you’re going to wake up in the morning or not,” says Valentina.

UNICEF is reaching 270,000 children in eastern Ukraine with psychosocial support to help address the constant fear and trauma of living through conflict. But after nearly four years of fighting, the needs remain critical.

As part of the 2018 Humanitarian Action for Children, UNICEF is appealing for $23.5 million USD to provide essential child protection, education, health and nutrition as well as water and sanitation support to children and families in eastern Ukraine.

Children are always the most vulnerable group in emergencies – facing the highest risk of violence, exploitation, disease and neglect. UNICEF is dedicated to saving and improving the lives of these children, by providing life-saving aid and long term support. 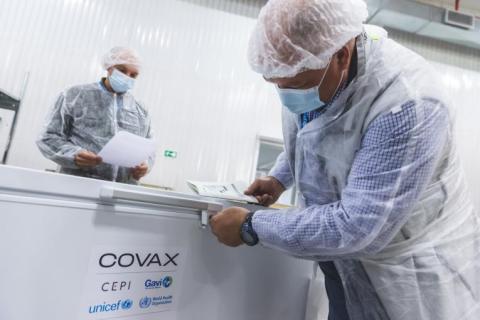 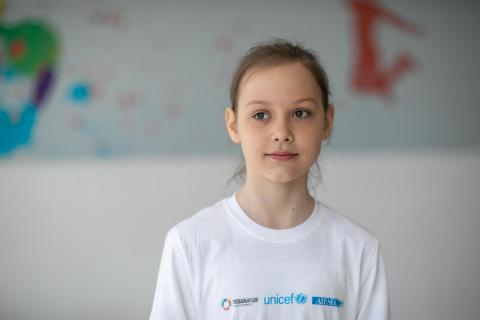 Students in Ukraine are taking part in a global initiative to build a greener future for everyone. 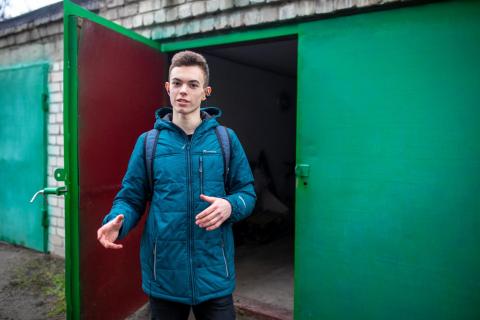 Like any good hero, Andrii has his own team and an important mission – to make the air in his hometown cleaner. 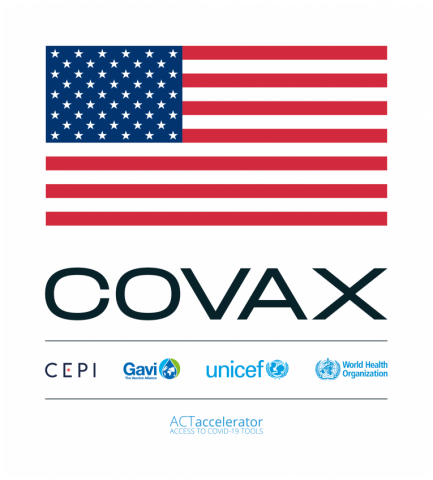