In Bulgaria, the co-funded EU ‘RM Child-Health Initiative’ helps the Council of Refugee Women and UNICEF guide refugees through the vaccination process, paving the way for a healthier future

Linda Awanis, Chairperson of the Council of Refugee Women in Bulgaria (CRWB)

Yura has been a social worker for many years. “When I started working in social services, I was mainly interested in family therapy,” she says. “In time, I found out that supporting communities to become resilient and self-reliant is an extremely rewarding experience.”

A year ago, she joined the Council of Refugee Women in Bulgaria (CRWB) – a civil society organization created in 2003 to support the integration of refugees and migrants. “Guiding through people from refugee and migrant backgrounds on health-related procedures in their host country is a way to empower them to find solutions to health issues,” explains Yura. And this is particularly vital for those fleeing from armed conflicts and humanitarian crises.

As they search for safety and better life opportunities, both adults and children go through many traumatic experiences as a result of often prolonged stays in refugee camps, limited access to health care, and the dangers they face as they travel through volatile areas. By the time they finally reach a safe destination, they are often in very bad physical and psychological shape.

“In Bulgaria, refugee children arrive with their parents or – in some cases – unaccompanied. Psychological problems, infectious diseases, medically unobserved pregnancies and, in particular, a lack of immunization, are common problems that have a negative impact on their health and wellbeing.”

The CRWB partners with UNICEF Bulgaria to provide general health checks and referrals, as well as life-saving vaccines in line with children’s immunization schedules, and equips parents with information on health risks, entitlements and how to access medical services.

“As part of the ‘Strengthening Refugee and Migrant Children’s Health Status in Southern and South-Eastern Europe’ (RM Child-Health) project co-funded by the European Union’s Health Programme, we work with our partners to ensure that children can follow immunization plans and that their vaccination status is updated in their immunization documents. These are crucial steps in ensuring good health.”

Working directly with refugees, Yura consults families that want to access health services. “Some cases are easier than others”, she says, recalling a consultation with Ahmed*, a 45-year-old father of six children, who fled Syria in 2020 and received humanitarian status in Bulgaria. A chef by profession, Ahmed settled quite well in the host country, found a job in a restaurant and, after some time, managed to reunite with his wife, his four sons and two daughters.

“Ahmed was referred to the CRWB by friends and he came in for a consultation on the immunization process with his youngest baby girl, Yasmina, only one year old” explains Yura.

During their meeting, the social worker provided information about the health system in Bulgaria, the role of a general practitioner, and how people with refugee status can access medical services including vaccinations for their children. Although Ahmed’s baby girl had been vaccinated before her arrival in Bulgaria and had an immunization passport, the father urgently needed to update her vaccination status to synchronize her vaccinations with the recommendations of the national immunization calendar.

“I contacted the Regional Health Inspectorate and helped Ahmed to provide the necessary documents and find a translator, as the documents were in Turkish”, says Yura. Subsequently, she helped Ahmed schedule an appointment with a medical doctor and Yasmina received her next vaccine.

Parents often lack the necessary vaccination documents. According to Yura, “Sometimes children have not had any vaccinations, or they have been vaccinated in their country of origin, but their immunization cards have been lost or destroyed.”

Such cases require additional consultations, research and coordination, as well as testing for antibodies and immune responses when it is not clear whether the child has been vaccinated.

“By empowering parents to familiarize themselves with the immunization plans and procedures we help them become proactive in following up on their children’s health."

To address the COVID-19 restrictions and keep active communication with refugees and migrants, the CRWB and UNICEF developed leaflets in Bulgarian, Arabic and Farsi with details about the health system in Bulgaria and the importance of vaccinations, and regularly provide health-related information via social media.

“The role of communication in immunization is essential. Our frontline staff interact on a daily basis with beneficiaries, but we have also used other means [such as a Facebook group dedicated to health-related topics] to keep the information flow going, particularly during the COVID-19 pandemic.” 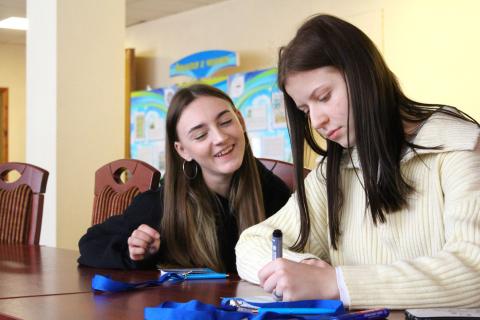 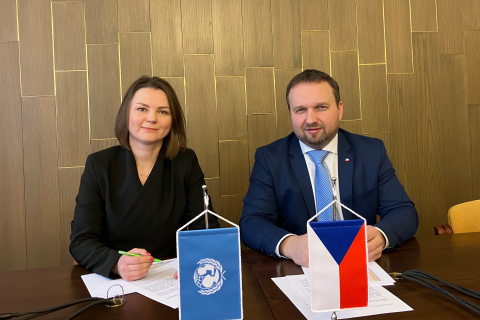 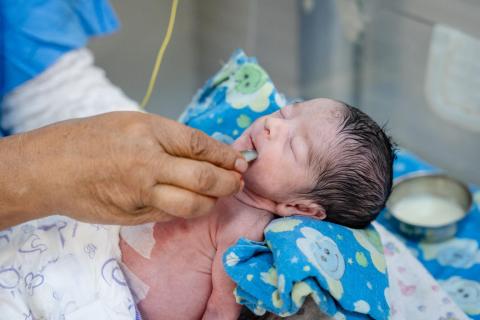 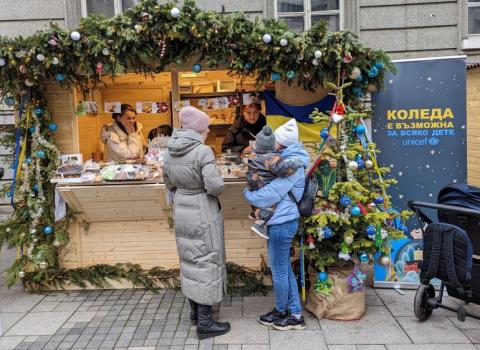