Waste sorting is a problem not only in our country but around the world. The participants of the Samgau Upshift mentoring program Arina Gridasova and Aisulu Yermekova – the girls from the Sorters team – believe so.

Samgau Upshift is a mentoring program aimed at strengthening the social entrepreneurship skills of teenagers and young people. Launched in December 2020, it has been implemented by the Public Association "Community of Youth Workers" with the support of the Ministry of Labour and Social Protection of the Population of the Republic of Kazakhstan and the United Nations Children's Fund (UNICEF). The program aims to strengthen social entrepreneurship and innovation skills among adolescents and young people using the UPSHIFT methodology, a flagship initiative of the UNICEF Innovation Lab. Samgau Upshift brought together teenagers from different cities and towns in Kazakhstan and inspired them to start their own social projects in their regions.

"I became interested in the environmental problems of our town of Ekibastuz, our country and our world after one of my science lessons at school. Every day every person on the planet "produces" mountains of rubbish. Where does this rubbish go? Where and how is it stored? We take the rubbish out of the flat and the flat is clean. What happens to the rubbish after it has left the flat?", Arina says.

To participate in Samgau Upshift, the girls considered different problems and their possible solutions. But after discussion, they unanimously came to the conclusion that the topic of waste sorting was the most relevant.

"When starting the project, we worked in a team, which we collectively called 'Sorters'," Arina says. "The aim of the project was to show the importance of sorting, to explain what it is and to instil a culture of sorting rubbish in kindergarten children."

The team consists of 4 people: Arina from Stepnogorsk, Aisulu from Ekibastuz, and Dias and Darya from Almaty.

Aisulu adds: "Every team member contributed to the development of the project."

"It is very important that the UNICEF program allows the children not only to gain new skills and experience, but also to find like-minded people all over Kazakhstan, who are concerned about similar issues, and with whom they can identify problems, find the best solutions and put them into practice," said Aigul Kadirova, UNICEF's Youth Coordinator.

"Of course, we won't solve the problem by ourselves. But we have an opportunity to draw the attention of adults and our peers to the problem of pollution by household waste, to encourage them to think that it is possible and very important to solve waste recycling issues. It is important to instil the environmental culture in modern society. Such an opportunity should not be missed. That's how the theme was chosen," Arina and Aisulu say.

At first, team members began to sort the rubbish at home on their own.

"When I tried to sort the rubbish in my flat, I didn't understand why my mother didn't support me. But I persisted, separating paper, food waste, plastic and glass. I sorted everything into bags. I brought it all to the rubbish bin and then my mother understood. My individual sorting was of no use, all the rubbish went into one common bin," Arina says.

Arina lives in Stepnogorsk, and one may collect plastic bottles in the city and then take them to the recycling points. There are special containers for them in every microdistrict. You can also collect waste paper and dispose of batteries at separate collection points.

Arina has a special bag at home the family puts bottles in, and there is also another box for paper. The family submits recyclable paper once a year as by the end of each academic year they accumulate a lot of recyclable paper.

Aisulu has been sorting main types of waste at home for a long time already.

"You can start sorting three types of waste. For example: organics, paper and plastic. Use eco-bags instead of plastic bags to improve the environment in our country and improve the air," 13-year-old team member Aisulu says.

The guys from the Sorters team describe how they were able to organize their online work while living in different cities of Kazakhstan.

"We met through the Samgau Upshift Bootcamp. We participated in the first phase of the project for a month. As we are from different cities, we communicated via Zoom and WhatsApp. Having reached the second phase, we decided on the implementation of the project," says Aisulu. "I was on holiday in the city of Almaty in June. There we met Dasha, Dias and a mentor for the first time. We finalized our prototypes - educational games for children on waste sorting and held workshops in two kindergartens. Arina held a workshop in Stepnogorsk at the same time.

Despite the remote work on the project, the participants succeeded.

According to the girls, the teamwork taught them to listen to the opinion of each participant and to understand and accept that sometimes you can make mistakes. The main thing is to correct them and not to give up on the goal.

Arina and Aisulu have used this approach to defend their project in the Samgau Upshift program. The Sorters team failed to pass the first defense to obtain the Samgau Upshift grant. Initially, the girls planned not only to teach people how to sort waste, but also to make sorting containers.

"We realized that making waste bins was very difficult for us, even impossible. So we decided to create waste sorting educational games to teach children," Aisulu says.

"The judges of the Samgau Upshift program gave us time to finalize the project. At first, we were disappointed and did not believe we would be able to use our second chance. But our mentor Aisaule Kuntugankyzy inspired us and we defended the project! It is important to always work together, support each other and believe in our success", Arina says.

According to Arina and Aisulu, thanks to Samgau Upshift they learned how to plan long-term and short-term goals, to make a plan for their implementation and cope with time management. The program mentors taught them how to work as a team and allocate responsibilities.

"We focused on the idea of waste sorting thanks to the Samgau Upshift. And until the team members and I started researching recycling in detail, I didn't even know how many things you can get from used products: cloth, pens even roads are built using recycled plastic," Arina says.

"After a clear plan and its defense in front of the committee, the Sorters team was given funding to implement their project. It was very enjoyable. It was confirmation that we had chosen the right path and we should keep going," Arina says.

Aisulu admitted that she was glad that the project introduced her to people who also care about the issue of global waste recycling.

"The program has given us an insight into how to implement our own way of solving the problem," she says.

The girls are not going to stop there and continue to study the problem in depth. They plan to develop their Instagram account, where they will post information about recycling collection points in different cities of Kazakhstan.

During the project, Arina and Aisulu also held workshops in a kindergarten, where they talked about the importance of waste sorting. The kindergarten teacher said that the issue was very topical and interesting and she would continue to hold such classes with the children.

The girls plan to continue holding workshops on sorting rubbish in kindergartens and first grades of schools.

"If children know how and what to do with rubbish from childhood, they will put their knowledge into practice in adulthood," Arina says.

According to Arina and Aisulu, after participating in the Samgau Upshift program, their social circle has widened and they have found like-minded people all over Kazakhstan.

"If at least one person in Stepnogorsk and Ekibastuz thinks about the problem of waste recycling and starts sorting it after our project, then our work was not in vain," Arina and Aisulu conclude. 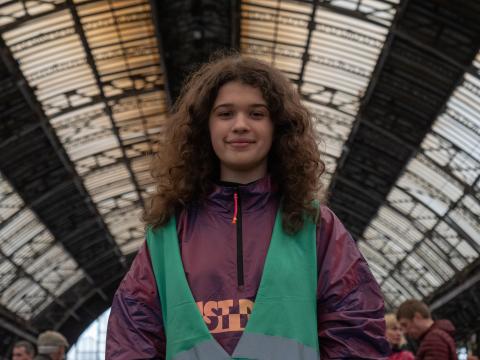 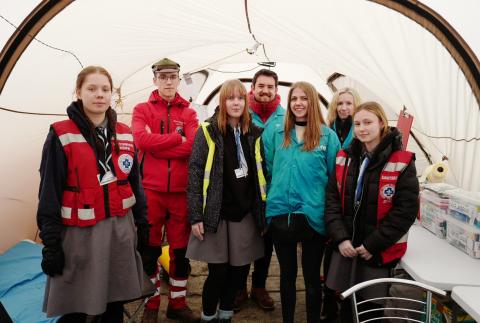 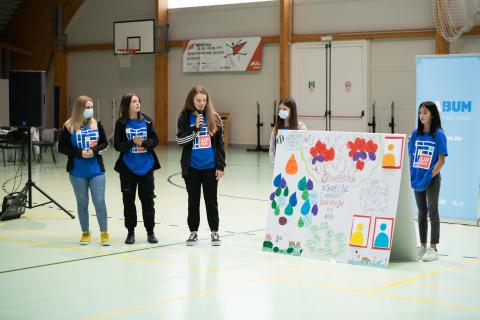 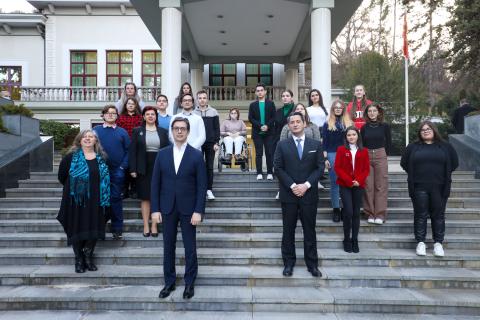