"During crisis we realized, health is the most important thing."

From the very first months of pregnancy, a woman's life changes dramatically, and quarantine, self-isolation and additional precautions can limit access to medical services or add stress to women in labor.

Aigerim is 40 years old; during the pandemic she was pregnant with her fifth child. Aigerim wanted to plan the birth the following year, but in early September 2020, she found out that she was expecting a baby.

From the first days of pregnancy, Aigerim was registered at the district polyclinic at her place of residence in Nur-Sultan.

”I had constant access and contact with gynecologists and midwives. I got all my tests on time and I went to my routine check-ups," she says.

Until the seventh month of pregnancy, Aigerim and her family lived in Nur-Sultan, and then moved to Karaganda, where she was transferred to the city polyclinic No. 1.

Aigerim planned to give birth at her place of residence in the Karaganda Regional Perinatal Center. She didn't need to take a PCR test before giving birth. When frequent contractions occur or amniotic fluid is released, the woman in labour will have to call an ambulance or go to the hospital on her own. The PCR test will already be taken at perinatal centers.

”I was told that if a woman has any symptoms, she is taken to a separate quarantine zone. If not, then she gives birth and waits for the test results, " says Aigerim.

The quarantine zone is a separate ward where a woman will give birth alone and will not have contact with other women in labor. If doctors do not detect COVID-19, then the woman in labor goes to the general ward.

According to UNFPA Kazakhstan, in the event of a confirmed infection or suspected infection with COVID-19, health care workers should take appropriate precautions to reduce the risk of their own infection and that of others, including by wearing protective clothing.

Aigerim herself had COVID-19 in June 2020, three months before the start of pregnancy, but did not feel any significant changes in her health or the possibility of becoming pregnant.

According to Aigerim, this pregnancy went the same way as the previous ones, and she hardly noticed any changes in the situation and the new reality of quarantine measures.

The only difference Aigerim observed is in the work schedule and the timetable of the clinics. In the past, pregnant women had to wait 2-3 hours in a queue at the polyclinics; now, the reception is conducted strictly by appointment and there are no queues in the corridors.

“I guess I was doing so well because I was prioritizing my health. It is very important for a woman," she says. "In the current time of crisis, we all realized that the most important thing is health and only a strong immune system can cope with the virus."

Aigerim, being a nutritionist, always carefully monitors her well-being, so she did not worry about the upcoming birth.

”I had no concerns about my health, " says Aigerim. "I’m constantly checking my thyroid, haemoglobin, taking vitamins and eating right".

In addition to maintaining immune function, Aigerim followed the necessary precautions to avoid contracting the virus. She avoided public places, shopping centres and other crowded places, and washed her hands frequently and thoroughly throughout the day.

Due to the pandemic, she was forced to go for walks only on the streets or in parks, in order to have minimal contact with passers-by. And masks and sanitizers have already become essential items when leaving the house.

Aigerim already had four children. Her fifth pregnancy was going well, and in April she gave birth to a baby boy.

"The birth went well. I am very happy and glad that my child was born healthy. I finally have him in my arms” " says Aigerim.

Aigerim was discharged two days later, and her recovery is proceeding calmly and with her family.

“I would also like to thank the doctors in the polyclinics. Despite the introduction of quarantine measures, they handled stressful situations perfectly and dealt with issues quickly, correctly and in a timely manner,” says Aigerim.

Cooperation with the European Union allowed UNICEF to support the healthcare system of Kazakhstan during the COVID-19 pandemic by equipping it with the medicines and diagnostic devices necessary to effectively combat the coronavirus. 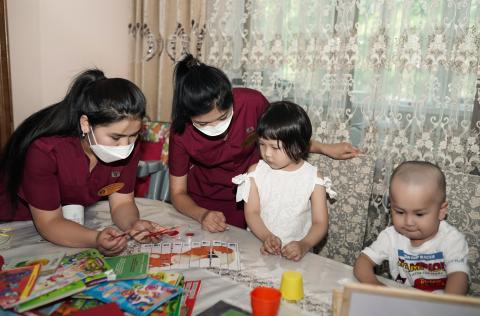 Putting the interests and rights of the child first

How patronage nurses manage their work during the COVID-19 pandemic 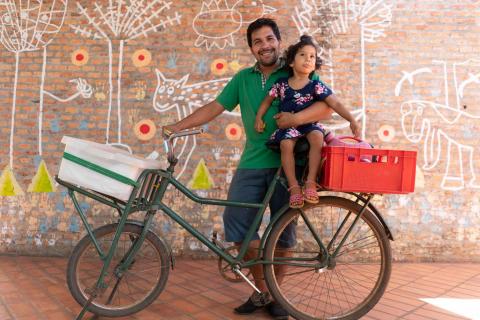 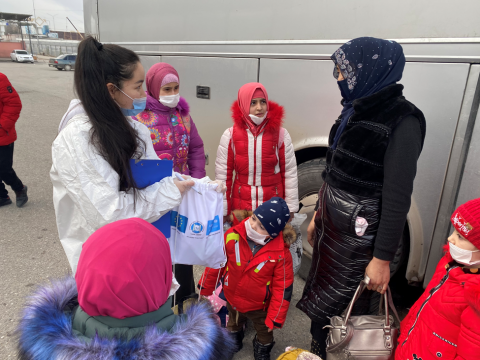 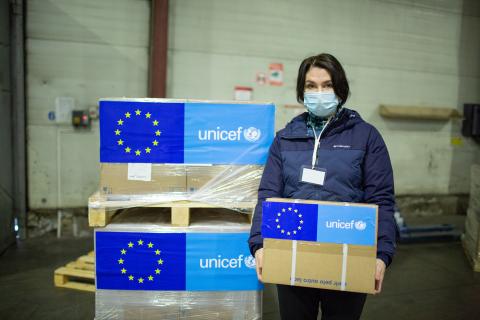