Nine-year-old Aca Cvetkovic lives in a Roma settlement in Belgrade, Serbia where many families live in small, dilapidated houses.

Some houses even collapse, like the house of Aca's neighbour. One wall gave way and the rest followed. Luckily, the neighbours heard the concrete cracking and ran outside just in time. They are now removing the debris, which is partly in Aca's yard, where he usually plays football.

Aca loves football and plays with his brothers and cousins. There are seven children living in  one house, who all take care of and love each other. But Aca is everyone's favourite.

He is big for his age, with gentle and observant eyes. He has endless questions about the world around him and listens intently to the answers. He looks carefully at the person is speaking to him, waits for them to finish, and then asks a new question. Clearly, Aca likes to talk. And to laugh. He laughs a lot.

“For a long time he was not able to speak clearly. He was not laughing back then,” says his mom Milena Cvetkovic, while she practices word pronunciation with Aca and teaches him numbers.

“Although it's the summer break, he can't let go of his textbooks. He really loves going to school,” she says. Aca repeats after her: “I like school very much.” And he laughs again.

“If it wasn't for Mima, I wonder whether he would have started speaking clearly, and whether he’d be going to school,” says Aca's mother, Milena. Mima, a Roma health mediator, has been visiting the Cvetkovic household for eight years. She understands the challenges in the community, and the fact that she is Roma herself makes it much easier for her to establish a rapport with those who need her help.

Milena says that Mima "...was the first to notice his developmental delay when he was four years old. We then went to a speech therapist for three years. The mediator also helped us with the health insurance cards, so that we can also realise this right.”

While visiting the Cvetkovic family, Mima asks the parents forany news since her last visit, talks to the children and prepares a workshop about hygiene. Children love to follow her instructions on how to lather their hands with soap and how long to rinse them. They repeat the same process with their feet and manage to make a game out of it.

Aca's mother explains just how much Mima's visits mean to her.

“They did not want to enrol Aca into school when he was seven, which is the usual age for children to start school. He was still not talking very well and their advice was to enrol him into a special education school, but I was against it. I asked Mima what to do and her advice was not to enrol him there, because there are also children with speech problems in regular schools. And two years later we enrolled him into a regular school.”

Aca, she says, doesn’t want to get rid of his textbooks, even now that he has completed first grade. He repeats the words he's looking at, “A cat, a frog, a fish, a dog, a rabbit, a ship...” Then he counts to 18, and his brother tries to teach him two more numbers, so he can count to 20. When he asks Aca if he likes school, he replies: “It’s very nice. I have friends and a good teacher. During recess and in the physical education classes we play football!”

Mima says that the Cvetkovic family is one of the many families who, with her assistance, have been able to realize their rights; such as the right to health care and Aca's right to education. She also know that the family itself has made tremendous efforts to ensure that he can attend a regular school.

“The parents were persistent and brave and listened to both me and the doctors, and that’s why their child has made significant progress,” says Mima. “It means a lot to them that they are not feeling lonely trying to realise their rights in the system. They are entitled to those rights, but unfortunately, many people are not well informed.”

In 2009, the Ministry of Health of the Republic of Serbia initiated the Roma Health Mediator project to respond to the needs of the Roma population, particularly in the health sector. UNICEF, in partnership with Telenor, supports this initiative to strengthen the capacities of Roma health mediators. 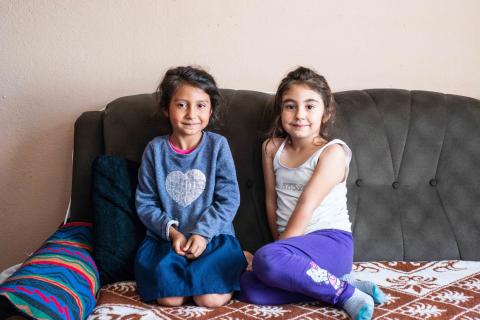 Roma children in Bosnia and Herzegovina get routine and retroactive immunization 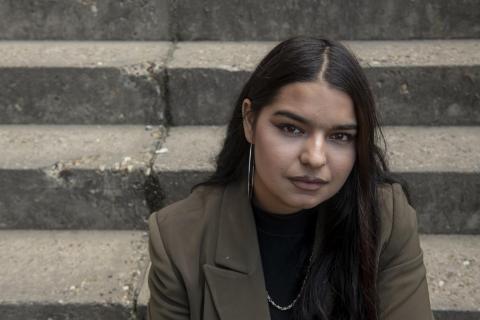 "Education is my future" 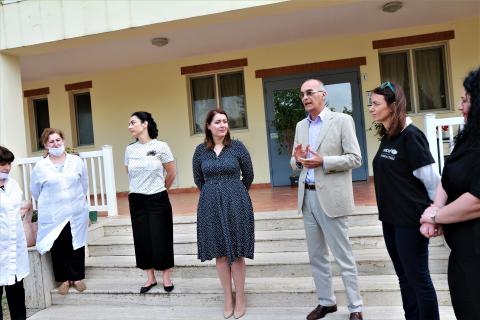