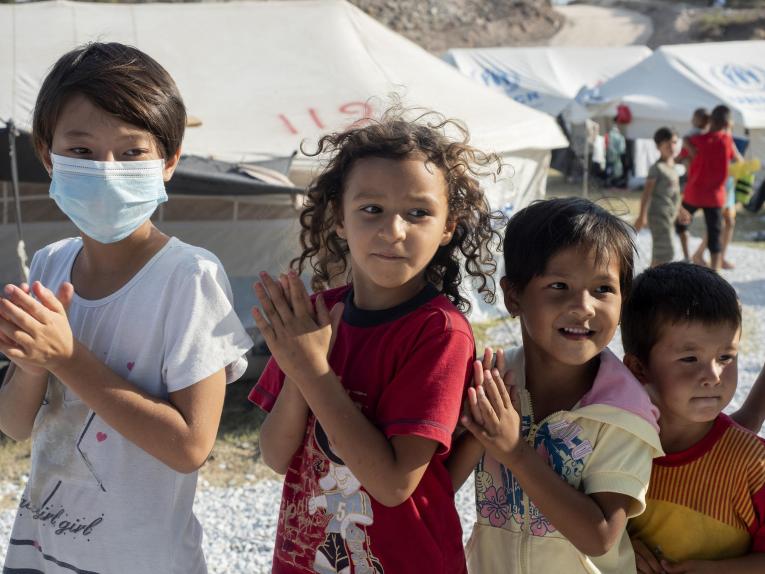 © UNICEF/UN0354316/Canaj/Magnum Photos
On 18 September 2020, children participate in recreational activities at the new temporary accommodation facility on the Greek island of Lesvos.

Athens – IOM, the International Organization for Migration, UNHCR, the UN Refugee Agency, and UNICEF the UN Children’s Fund welcomed today (24-06) the relocation of 43 asylum seekers on two flights to France. Their arrival under the Greek government-managed European Union (EU) relocation scheme has brought the total number of people relocated from Greece to other European countries to over 4,000.

To date, collective action between Greece, European governments, UN, EU agencies and non-governmental partners has resulted in the relocation of 4,008 individuals – including vulnerable children and adults – from Greece since the start of the EU funded initiative in April 2020. Among them were 1,628 recognized refugees, 1,531 asylum seekers and 849 unaccompanied children.

Abdul-Ahad,* an unaccompanied boy, told IOM that he had been anxiously counting the hours until his relocation from Greece. “I’m so excited that I can’t sleep,” he said prior to his departure. “I’ve already deleted all the game applications from my mobile and I am so impatient to go to school and exercise. I want to live to the best of my abilities.”

The relocation scheme has resulted in high-level and ground-level cooperation despite the challenges presented by COVID-19 and has contributed to strengthening the child protection system in Greece, particularly for unaccompanied children. The UN stands ready to further support more relocations through a systematic, standardized process for those in need, including unaccompanied children.

Under the leadership of the Greek Ministry of Migration and Asylum and through the Special Secretary for the Protection of Unaccompanied Minors, the UN agencies, the European Asylum Support Office (EASO) and the Greek Asylum Service, coordinated a process for the identification and processing of children to ensure relocations are in the best interests of every child.

Specialized teams of doctors, nurses, social workers, legal assistants, psychologists, chaperones, interpreters, and authorized representatives for children have worked tirelessly to provide comprehensive care and preparation for the most vulnerable individuals being relocated. Following the September 2020 fire in Moria, these teams extended management of the process to the island of Lesvos where recognized refugees were relocated directly from the island in coordination with Greece’s General Secretary of Migration Policy.

“We are proud to mark the relocation of 4,000 people from Greece during trying times and are confident that we can do more together with Greece, our partners and Governments across Europe,” said Gianluca Rocco, Chief of IOM’s mission in Greece. “The relocation initiative has proven transformative not only as a workable mechanism of solidarity, but more importantly, for the lives of the vulnerable people being relocated.”

“European states demonstrate vital solidarity with Greece’s communities through the relocation of refugees and vulnerable asylum seekers, and such efforts should become the norm and be expanded,” said Mireille Girard, UNHCR Representative in Greece. “Relocation shows that to help coastal countries manage arrivals a multilateral approach is needed – only by working together and sharing the responsibility can we meet common challenges and secure solutions for the most vulnerable refugees and asylum-seekers”.

“We are encouraged by the progress that has been made to relocate vulnerable children, particularly during a global pandemic. This effort showcases how transformative European solidarity can be for the realization of children’s rights,” said Luciano Calestini, Representative, UNICEF Greece Country Office. “By working together, these children will have a fair chance to grow up in a safe and healthy environment and reach their full potential.”

The Relocation initiative is being led by the Government of Greece through the Ministry of Migration and Asylum, with participating European states and is coordinated and funded by the European Union. IOM, UNHCR, UNICEF and EASO fully support all aspects of the relocation process.

*Full name and destination not disclosed to respect privacy. 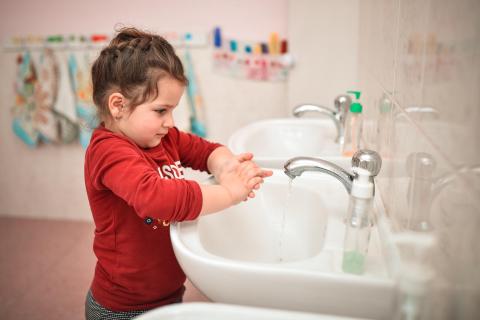 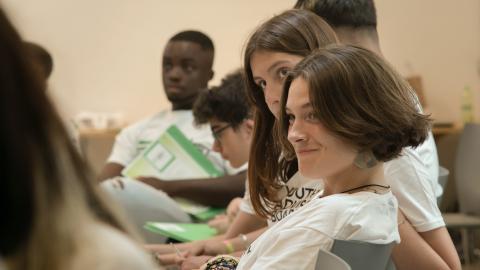 One year after the adoption of the Council recommendation, Youth Advisory Board meets Child Guarantee National Coordinator and authorities in Italy 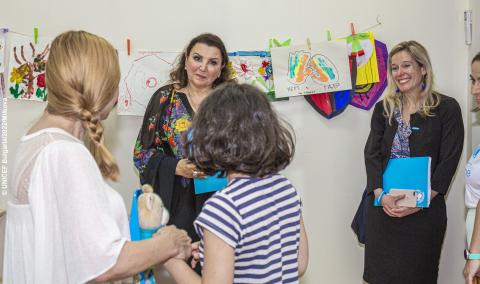 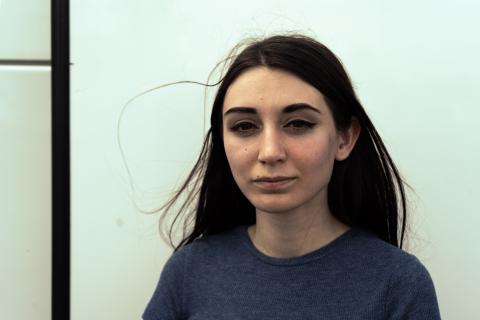 Returning to a city in ruins

Afraid to leave the city she grew up in and loved, Anastasia remained in Ukraine for almost three months after the war erupted. But the risks got too high.