Price drop below $1 a dose reflects work of UNICEF, on behalf of Gavi and countries towards affordable and sustainable vaccine supply for vulnerable children 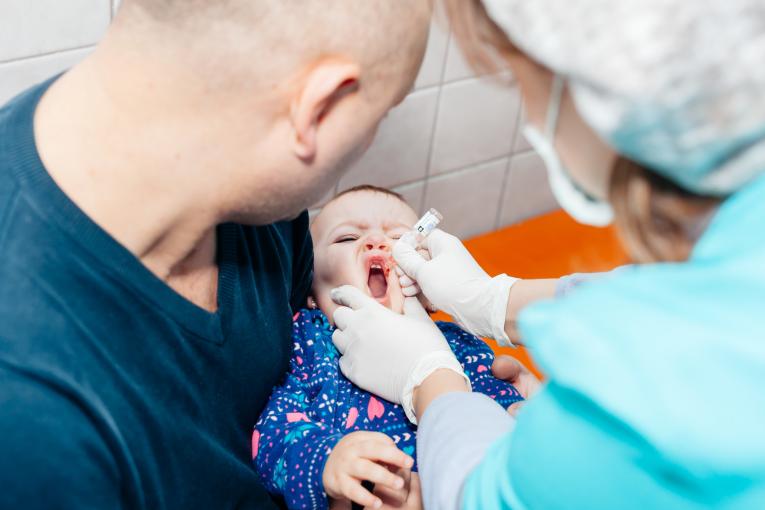 GENEVA, 19 October 2016 – Breakthrough prices have been achieved with six vaccine suppliers who offered to price pentavalent vaccine at an 84 cents a dose average – half the price that the UN children’s agency currently pays.

In the next three years, UNICEF will buy 450 million doses to send to 80 countries. Four hundred million doses will be allocated to Gavi-supported and transitioning countries. The vaccine will protect tens of millions of children from potentially deadly infections caused by diphtheria, tetanus, pertussis, hepatitis B and Haemophilus influenzae type b.

Since 2001, strong collaboration on market shaping across Gavi Alliance partners, including the Bill & Melinda Gates Foundation, WHO and UNICEF, has achieved an affordable and sustainable pentavalent vaccine supply for children in the world’s poorest countries.

The new pricing can also be accessed by governments who self-finance procurement of this cost-effective vaccine. It will generate over $366 million in savings for donors and for governments.

“Ninety per cent of the world’s children under five who die from vaccine-preventable diseases live in countries whose vaccine supply is no longer fully funded by donors,” said Shanelle Hall, Director of UNICEF’s supply and procurement headquarters. “For the most vulnerable children in the world, pricing can make a difference between life and death,” Hall added.

“Gavi estimates that 5.7 million deaths will be averted thanks to pentavalent vaccination in Gavi-supported countries between 2011 and 2020,” said Dr Seth Berkley, CEO of Gavi, the Vaccine Alliance. “The market for five-in-one vaccines is now a lot healthier than it was just a few years ago thanks to our collective efforts to grow a base of vaccine suppliers. We remain committed to making vaccine markets work better for the world’s poorest countries to ensure immunization investments and efforts are sustainable for all.”

Careful monitoring of supply and demand in vaccine markets and consultations with vaccine manufacturers have helped determine the most effective actions to secure sufficient production levels and efficiencies of scale. Between 2001 and 2015, UNICEF’s pentavalent vaccine procurement jumped from 14.5 million to more than 235 million doses, mainly driven by the increase in demand in countries supported by Gavi.

Broadening the supplier base reduces the risk of supply shortages and other serious market constraints that could negatively impact children. Collaboration between Gavi, the Gates Foundation and UNICEF leveraged the significant donor funding and through multi-year supplier contracts, improved demand forecasts and special contracting terms, helped grow the pentavalent vaccine supplier base from one in 2001 to six by 2016, and reduce prices.

As additional manufacturers become interested in supplying vaccines to UNICEF, competition between them intensifies. Since 2011, UNICEF publishes the prices of all vaccines it procures, giving manufacturers the advantage of seeing what their competitors charge – and this had led to better offers. By 2016, the price for donor-funded and government self-funded pentavalent vaccines was an average of $1.65 a dose.

In the first phase, UNICEF invited interested suppliers to submit a proposed price. After making awards to the most competitive bids, UNICEF published prices and launched a second request for proposals, which gave time for suppliers to sharpen their initial offers. The final awards achieved lowest ever pricing while sustaining a healthy supply market for the longer-term.

“Today’s announcement demonstrates that partnerships can bring affordability and price sustainability to the table in supplier discussions, and this is transforming health outcomes for children,” said Hall.

## Pricing information on UNICEF’s 2017-19 pentavalent vaccine supply can be downloaded from: http://www.unicef.org/supply/index_57476.html.