VIENNA/GENEVA, 21 November 2017 -  “The recent reported suicide* of an 11 year-old Afghan boy in a refugee facility in Austria is a tragic reminder that European authorities need to pay greater attention to the deep psychosocial distress facing thousands of refugee children and children on the move.

“Children fleeing war and conflict or uprooted from their homes are already dealing with significant levels of trauma. Not knowing what the future holds for them causes them additional emotional distress and anxiety. For some, this is simply too much to bear.

“Exact numbers of suicides among child refugees in Europe remain unknown, but there have been several troubling reports of children, particularly from Afghanistan, ending their lives while awaiting news of their asylum claims or to be reunified with family elsewhere in Europe.

“It is crucial that these children receive the right quality of care at the right time – help from caregivers and social workers trained to detect early warning signals of trouble, access to mental health services and the support of guardians or foster families.

“If such measures are not put in place as a matter of urgency, the long term impact on children’s lives and their societies can be incalculable.”

*Austrian authorities are investigating the circumstances of what led to the suicide of the boy who had reportedly been struggling to take care of his siblings.

Austria has received 150,000 total asylum claims since 2015, including 60,000 children of which at least 12,000 were unaccompanied children. UNICEF in Austria is training frontline workers on child protection and working to sensitize caregivers on risks facing children particularly in accommodation centres.

UNICEF continues to call on governments to adopt its six-point agenda for action to protect migrant and refugee children and ensure their wellbeing:
1. Protect child refugees and migrants, particularly unaccompanied children, from exploitation and violence;
2. End the detention of children seeking refugee status or migrating, by introducing a range of practical alternatives;
3. Keep families together as the best way to protect children and give children legal status;
4. Keep all refugee and migrant children learning and give them access to health and other quality services;
5. Press for action on the underlying causes of large scale movements of refugees and migrants;
6. Promote measures to combat xenophobia, discrimination and marginalization in countries of transit and destination. 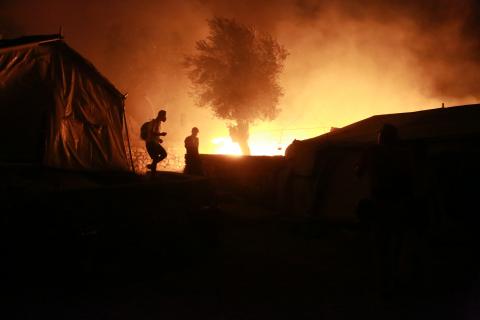 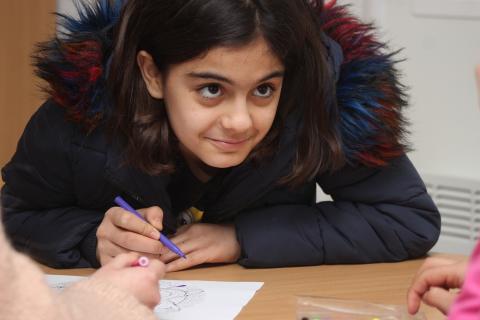 Even while on the move, a girl plans her future 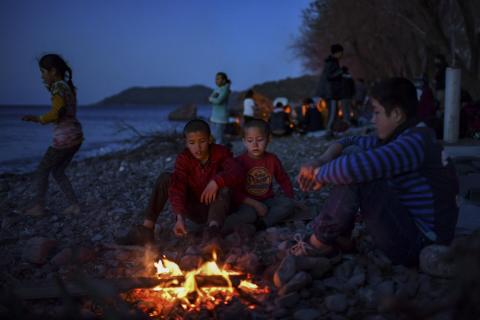