Despite progress, millions of children still miss out on life-saving immunization 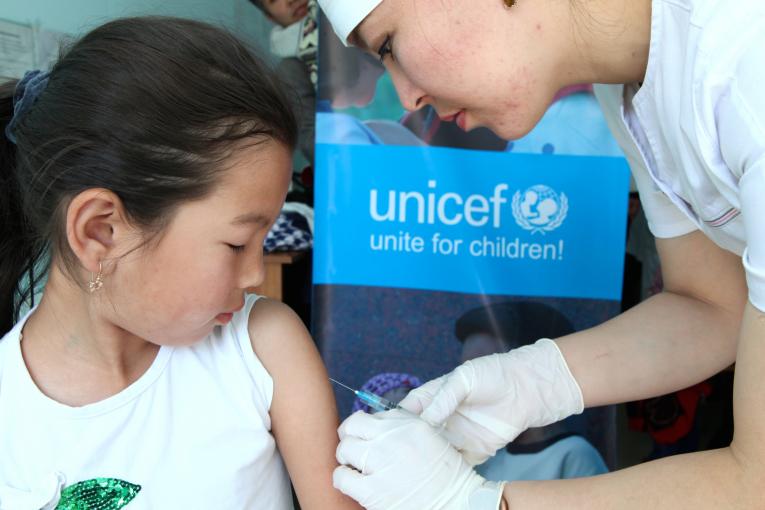 NEW YORK, 26 April 2017 – UNICEF procured 2.5 billion doses of vaccines to children in nearly 100 countries in 2016, reaching almost half of the world’s children under the age of five. The figures, released during World Immunization Week, make UNICEF the largest buyer of vaccines for children in the world.

Access to immunization has led to a dramatic decrease in deaths of children under five from vaccine-preventable diseases, and has brought the world closer to eradicating polio. Between 2000 and 2015, under five deaths due to measles declined by 85 per cent and those due to neonatal tetanus by 83 per cent. A proportion of the 47 per cent reduction in pneumonia deaths and 57 per cent reduction in diarrhea deaths in this time is also attributed to vaccines.

Yet an estimated 19.4 million children around the world still miss out on full vaccinations every year. Around two thirds of all unvaccinated children live in conflict-affected countries. Weak health systems, poverty and social inequities also mean that 1 in 5 children under five is still not reached with life-saving vaccines.

“All children, no matter where they live or what their circumstances are, have the right to survive and thrive, safe from deadly diseases,” said Dr. Robin Nandy, Chief of Immunization at UNICEF. “Since 1990, immunization has been a major reason for the substantial drop in child mortality, but despite this progress, 1.5 million children still die from vaccine preventable diseases every year.”

“In addition to children living in rural communities where access to services is limited, more and more children living in overcrowded cities and slum dwellings are also missing out on vital vaccinations,” said Nandy. “Overcrowding, poverty, poor hygiene and sanitation as well as inadequate nutrition and health care increase the risk of diseases such as pneumonia, diarrhea and measles in these communities; diseases that are easily preventable with vaccines.”

By 2030, an estimated 1 in 4 people will live in urban poor communities, mainly in Africa and Asia, meaning the focus and investment of immunization services must be tailored to the specific needs of these communities and children, UNICEF said.

UNICEF works with World Health Organization (WHO), Gavi, the Vaccine Alliance, the Bill & Melinda Gates Foundation and others to ensure that vaccines protect all children – especially those who are the hardest to reach and the most vulnerable. 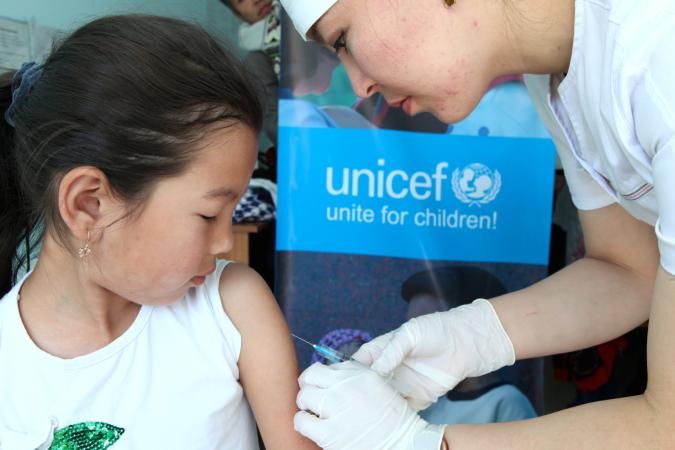