A deadly journey for children: The migration route from North Africa to Europe 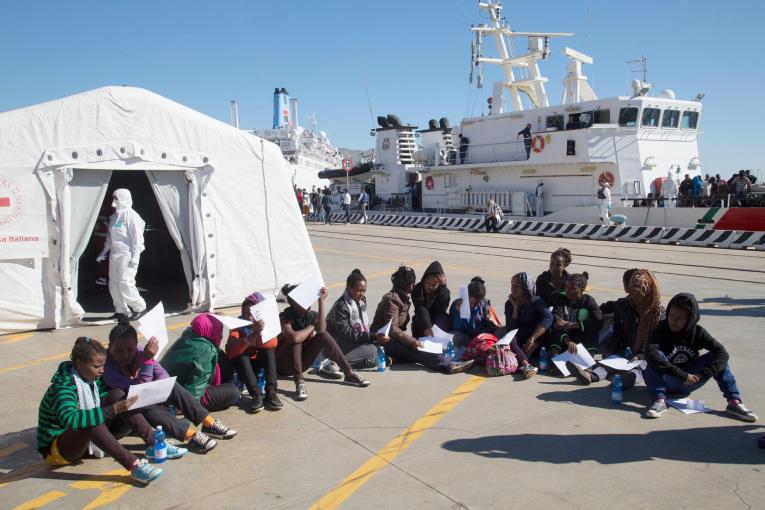 ‘A Deadly Journey for Children: The Central Mediterranean Migrant Route’ provides an in-depth look at the extreme risks facing refugee and migrant children as they make the perilous journey from sub-Saharan Africa into Libya and across the sea to Italy. Three quarters of the refugee and migrant children interviewed as part of a survey said they had experienced violence, harassment or aggression at the hands of adults at some point over the course of their journey, while nearly half of the women and children interviewed reported sexual abuse during migration – often multiple times and in multiple locations.

Last year, at least 4,579 people died attempting to cross the Mediterranean from Libya, or 1 in every 40 of those who made the attempt. It is estimated that at least 700 of those who lost their lives were children.

“The Central Mediterranean from North Africa to Europe is among the world’s deadliest and most dangerous migrant routes for children and women,” said Afshan Khan, UNICEF Regional Director and Special Coordinator for the Refugee and Migrant Crisis in Europe. “The route is mostly controlled by smugglers, traffickers and other people seeking to prey upon desperate children and women who are simply seeking refuge or a better life. We need safe and legal pathways and safeguards to protect migrating children that keep them safe and keep predators at bay.”

Recent data in a survey of women and child migrants in Libya during late 2016 reveal the appalling level of abuse along the migration route. At the time of the survey, 256,000 migrants were recorded in Libya, including 30,803 women and 23,102 children - a third of whom were unaccompanied. The real figures, however, are believed to be at least three times higher.

Most children and women indicated that they had paid smugglers at the beginning of their journey, leaving many in debt under ‘pay as you go’ arrangements and vulnerable to abuse, abduction and trafficking.

Women and children also reported harsh and overcrowded conditions, including lack of nutritious food and adequate shelter, in Libyan detention centres run by both Government and armed militias.

“Children should not be forced to put their lives in the hands of smugglers because there are simply no alternatives,” said Khan. “We need to address globally the drivers of migration and work together toward a robust system of safe and legal passage for children on the move, whether refugees or migrants.”

UNICEF has developed a six-point agenda for action for children uprooted, including:

1. Protect child refugees and migrants, particularly unaccompanied children, from exploitation and violence.
2. End the detention of children seeking refugee status or migrating by introducing a range of practical alternatives.
3. Keep families together as the best way to protect children and give them legal status.
4. Keep all refugee and migrant children learning and give them access to health and other quality services.
5. Press for action on the underlying causes of large-scale movements of refugees and migrants.
6. Promote measures to combat xenophobia, discrimination and marginalization in countries of transit and destination.

UNICEF is urging governments and the EU to support and adopt this agenda for action.

Since the start of the response in late 2015, UNICEF has continued to respond to the needs of children who are on the move, stranded or seeking asylum in Europe. This includes providing 182,500 refugee and migrant children with a wide range of services. The children’s agency is also expanding its Mediterranean program in Greece and Italy, supporting government efforts to improve reunification and child protection services.

Despite operating challenges in Libya, UNICEF, along with its partners, continues its efforts to address the protection and humanitarian needs of the most vulnerable children in the country, including refugee and migrant children through municipalities with which UNICEF signed memoranda of cooperation in April 2015.