Latest statistics and graphics on refugee and migrant children

Data by UNICEF, UNHCR and IOM

Refugee and migrant children in Europe and Central Asia by country

The demography of those arriving 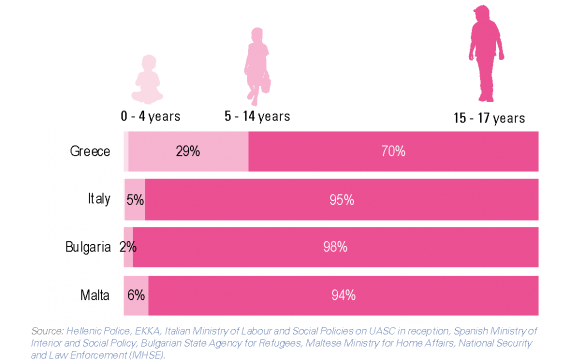 Reception on arrival as of June 2020

Asylum applications lodged by children, including unaccompanied and separated children, between January and June 2020 – by country of asylum* 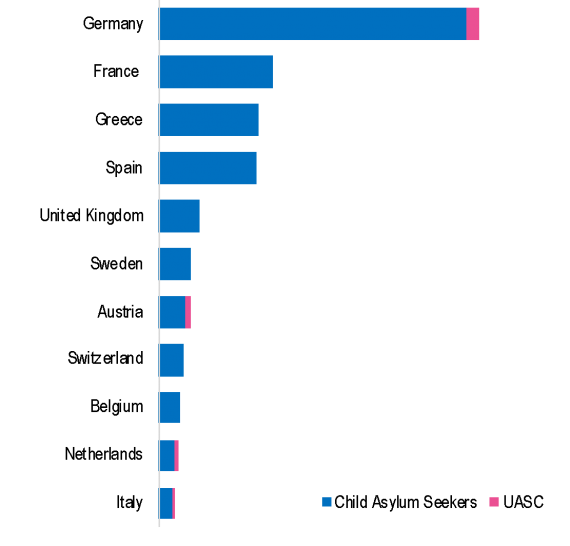 During the first half of 2020, the Syrian Arab Republic continued to be most common country of origin among child asylum seekers (22%), followed by Afghanistan (13%), Iraq (6%), Venezuela, Colombia and Eritrea (4% each).

45% of all child asylum seekers were female. Among the top countries of origin for child asylum seekers, females represented a high proportion of those from Côte d’Ivoire (64%), followed by Guinea (54%), Nigeria (52%), Venezuela (50%), Turkey and the Democratic Republic of Congo (49%), Colombia (48%), Russian Federation (47%), Eritrea and Syrian Arab Republic (46% each). 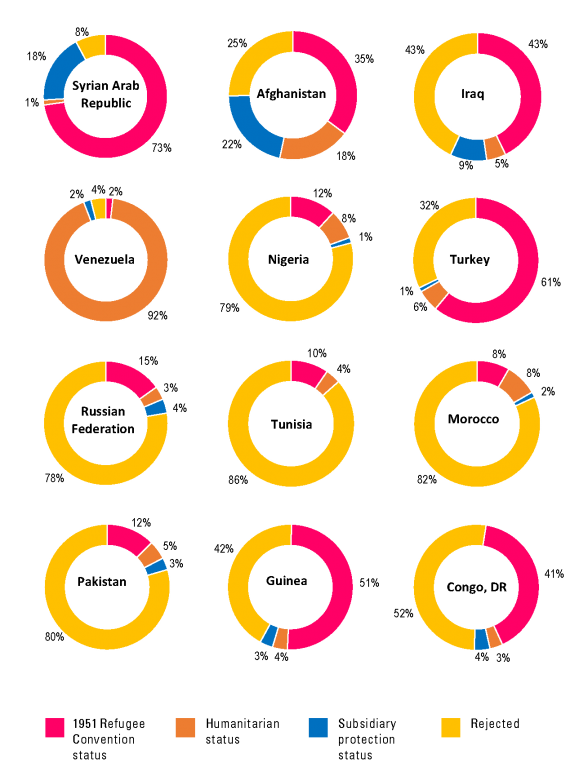 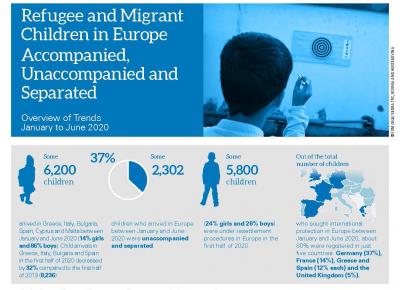 Access to education for refugee and migrant children in Greece 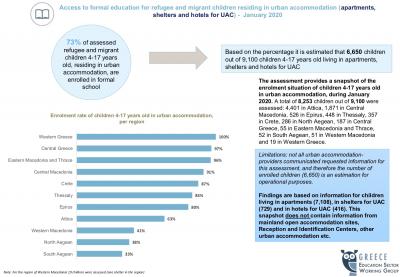 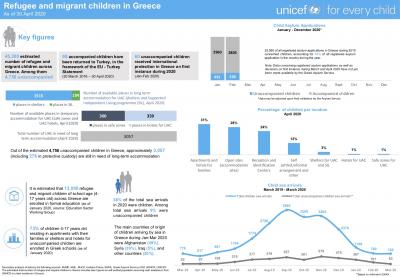 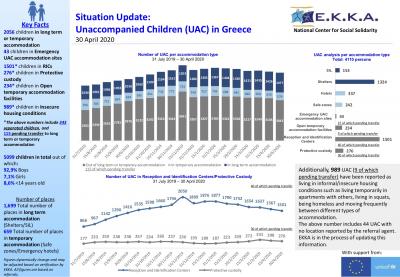