NEW YORK- 19 MAY 2022 - The United States Agency for International Development (USAID) and UNICEF have signed an agreement which is expected to significantly boost digital education in five Eastern Caribbean countries over the next year.

The US $684,000 project is aimed at strengthening the capacity of Dominica, Grenada, Saint Kitts and Nevis, Saint Lucia and Saint Vincent and the Grenadines to deliver quality online education.

Entitled Capacity Strengthening for Digital Education in the Eastern and Southern Caribbean, the project was signed into being on 19 May 2022. Clinton White, USAID Eastern and Southern Caribbean Regional Representative signed on behalf of USAID, while Dr Aloys Kamuragiye, UNICEF’s Representative for the Eastern Caribbean did so on behalf of his agency. The signing took place in parallel with a major event being held at UN Headquarters in New York, the UN-USAID Partnership to Accelerate Progress of the Sustainable Development Goals (SDGs) in Small Island Developing States.

From early 2020, Eastern Caribbean countries were forced to transition from traditional face-to-face schooling to other modes of learning following the massive upheaval caused by the COVID-19 pandemic. Despite everyone’s best efforts, the online schooling route chosen by the education sector was often plagued by issues such as limited access to online platforms, inadequate teaching and learning resources and poor ICT infrastructure.

Prior to the pandemic, UNICEF had already taken the initiative to support countries in the subregion to move towards the digitalization of their education systems. This involved the creation and delivery of digital content and hosting this content on eLearning platforms. While proving to be a good foundation, most of the developed resources remained accessible only to small pockets of learners within the respective territories and did not cover all subject areas.

Commenting on the dramatic impact the pandemic has had on the education system in the Eastern Caribbean, UNICEF’s Representative expressed deep concern that it continues to threaten countries’ attainment of SDG 4 – Quality Education for All. Dr Kamuragiye also praised the usefulness of the USAID-UNICEF collaboration.

“This support is an example of the type of partnership we need to deliver on the SDGs, and it will go a long way towards ensuring that hundreds of children across the Eastern Caribbean continue to have access to high-quality education delivered in an effective, engaging manner,” he added.. 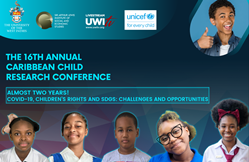 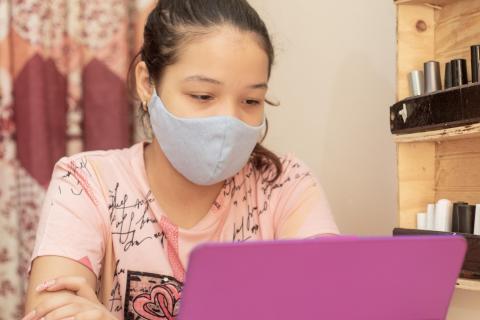 Learning English as a second language 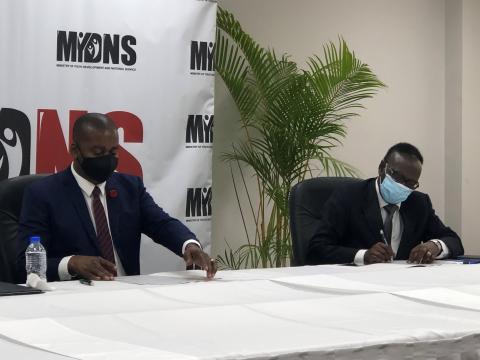 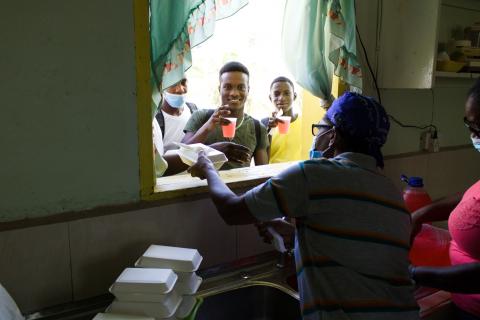