As rain patters away on a flimsy tin roof in Alieu, in the rocky highlands of Timor-Leste, baby Afeena lies sleeping. On the shanty walls, pieces of cardboard are tacked up to give warmth, while across a window a piece of paper-thin fabric blows gently. “I knew a little bit about how a baby is made, but not too much,’ confides Natalia, Afeena’s 19-year-old mother. “In school, I had no lessons at all related to getting pregnant. Nothing!”

At the Emergency Home in the Thai capital Bangkok, 18-year-old Fern* is awaiting unintended motherhood. “I had plans for my life, but since I got pregnant I had to plan in a different way. If I knew this was going to happen, I would not have bothered with that guy and just focused on my studies.” Wearing a loose-fitting maternity dress, her hair tied in a schoolgirl braid, the teenager gently touches her swollen belly while beside her, a small group of women and girls - some pregnant, others nursing newborns – chit-chat amid the intense midday heat.

Two teenagers in two countries, whose stories represent a sliver of the complexity in understanding the patterns and relationships between adolescent pregnancy, child marriage and early union in Southeast Asia.

Despite declines in recent decades, the prevalence rates of child marriage and early union remain high in this region. The percentage of women aged 20 to 24 who were married or in union before 18 ranges from 35.4 percent in Lao PDR to 11 percent in Viet Nam.

With adolescents in Southeast Asia entering early marriages and unions for a range of reasons and in widely varying circumstances, initial research illustrates diverse patterns.

Traditional arranged child marriage, where one or both partners are minors under the age of 18, stems from cultural norms and tradition - much like those in South Asia.

Self-decided marriage or unions, which include love marriage or cohabitation, are when adolescents and young people make their own decisions to live together.

“Circumstantial” marriage or union, with or without girls’ consent, is when marriage is viewed as a panacea to counter the social stigma associated with premarital sex and having a baby out of wedlock.

Furthermore, a subset of child marriages are forced and may also include trafficking, where girls are sold or otherwise forcibly married off in environments often marked by poverty and violence.

All of these patterns are marked by varying degrees of a girl or young woman’s consent and choice.  Moreover, they are not mutually exclusive and, in fact, may overlap.

These figures are fueled by a number of challenges and drivers.  Marginalised girls in general lack education and employment choices. There’s a widespread lack of access to sexual and reproductive health services for adolescent girls in particular. Gender norms and behaviour reinforce the stereotypes of adolescent girls and women.

How then do we address these challenges?

We urgently need to scale up research to yield even more robust data on adolescent sexual and relationship behaviours and drivers that contribute to child marriage. We need to better understand life choices for adolescent girls.

Working with governments and civil society will help produce more effective policy and programming strategies to reduce child marriage, early pregnancy and unions. Married children, pregnant girls and teenage mothers are to continue their education and achieve their full potential. Adolescents should be provided with targeted reproductive and pregnancy information and services in an environment free of stigma and discrimination.

Comprehensive sexuality education – that goes well beyond biological reproduction – should be provided at an early age to girls and boys, both in and out of school, to ensure that young people are equipped with a solid foundation for life and love, enabling them to make informed and responsible choices.

For Natalia in Timor-Leste, a total lack of information or awareness about sexual and reproductive health led to an unintended pregnancy and unfulfilled aspirations. The government of this young country is realizing the urgency of empowering its youngest citizens with the information and services they need.

Fern in Thailand, academically gifted and vice-president of her school’s student council prior to her pregnancy, has a steely determination to complete her education and attend university. Addressing the situation of girls like Fern is at the heart of the country’s new Adolescent Pregnancy Law which now needs to be fully implemented with the support of multiple ministries and other institutions going forward.

If countries across Southeast Asia are to achieve the Sustainable Development Goals that underpin the 2030 Agenda, reducing adolescent pregnancy, early union and child marriage – key targets under the SDGs - must be a priority.  We want every adolescent girl to have a choice about the decisions she makes about her life and a chance to fulfil her hopes and dreams. 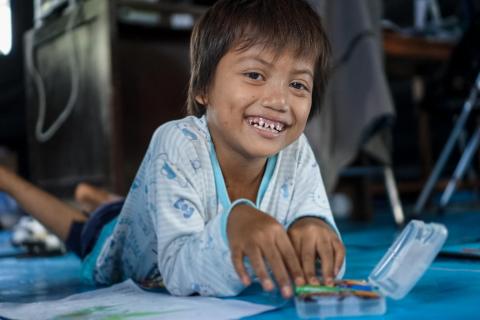 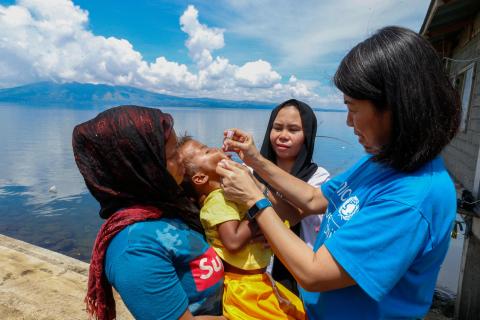 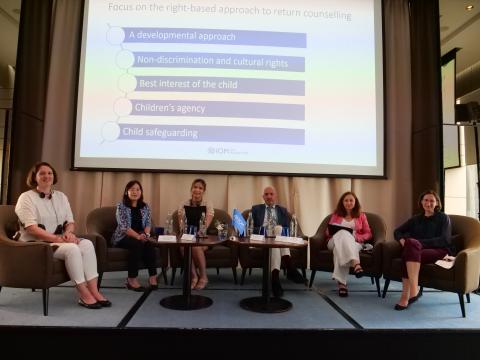 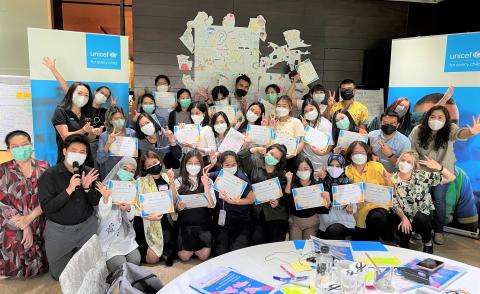