The first-ever ASEAN ICT Forum on Child Online Protection took place on 2 and 3 November 2022 in Phnom Penh, hosted by the Royal Government of Cambodia. The forum aimed to promote meaningful and coordinated action against all forms of child online exploitation and abuse in ASEAN and beyond and attracted more than 420 participants online and in person.

Under Focus Area 7 of this Plan of Action, ASEAN Member States committed to proactively collaborate with the private sector in the fight against online abuse and exploitation of children.

This forum was the first significant step in this direction and saw companies of all sizes and with diverse focus areas take part. They included Zoom, Meta and the LEGO Group, and start-ups Hekate and VRapeutic. It also included industry bodies such as the Fair Play Alliance and the Tech Coalition.

There was also strong representation of children and young people at the forum. Many shared personal experiences of encountering harm online and what they believe the private sector should do to address these challenges.

“I have encountered online bullying, had my images criticized, and of course, been trash talked by my playmates in Mobile Legends,” said Adriana Jessie Manas, a 17-year-old youth advocate from the Philippines. “Private sector companies should make reporting buttons clearly visible and as interactive as possible,” she added.

A panel of children presented the newly drafted  Call to Action from Children and Young People to the Private Sector on Child Online Protection. This key document is the result of consultations that took place with children and young people across eight ASEAN Member States - Cambodia, Indonesia, Lao PDR, Malaysia, Myanmar, the Philippines, Thailand and Viet Nam. It brought to light four key areas that children and young people want the private sector to focus on to create a digital environment that centres their best interests:

To reach a point where this call to action becomes a reality, human rights due diligence and safety by design emerged as key foundational steps in moving forward. User safety and human rights must be embedded in a company’s DNA by providing clear and consistent guidance to industry about what their safety obligations are. Children and young people should have the opportunity to participate and have their voices heard at every step of the process involved in the design of products and services. They must also have their rights protected and promoted; rights including freedom of thought and expression, and the right to obtain appropriate information.

“The UN Guiding Principles on Business and Human Rights were written for all companies, of all sizes, operating across all geographies, and as we translate due diligence practices to the technology industry – from social media platforms to software-as-a-service providers – we need to expand our thinking to consider the full range of actual and potential human rights impacts on a much wider set of rights holders,” said Hannah Darnton, Director of Technology and Human Rights at Business for Social Responsibility. She explained that identifying vulnerable groups, including children, and how they may be impacted by a product or service, is an essential element of conducting human rights due diligence.

“As children and young people, we hope to be involved in planning, discussing and finalizing digital service decisions for children, youth and adults because we are users, connoisseurs and beneficiaries of the rules and laws created by stakeholders,” said Firman Gani, a 19-year-old youth activist from Indonesia whose work focuses on Anti-Commercial Sexual Exploitation of Children. “Young people are able and ready to provide views and opinions from our age-appropriate point of view.”

In wrapping up the two-day event, H.E Mr Iem Kounthdy, Secretary of State at Cambodia’s Ministry of Social Affairs, Veterans and Youth Rehabilitation, said the private sector, alongside each of the actors present at the forum, has a crucial role to play in addressing exploitation and abuse of children online. He cited the recently released Disrupting Harm Cambodia report, which found that 11 per cent of internet-using children aged 12-17 years experienced online sexual abuse and exploitation in the past year alone. This represents an estimated 160,000 Cambodian children.

Furthermore, 2 per cent of children in this age range in Indonesia, 4 per cent in Malaysia, 20 per cent in the Philippines, 9 per cent in Thailand and 1 per cent in Viet Nam disclosed they were blackmailed or coerced (e.g., through promises of money or gifts) to engage in sexual activities, or reported someone had shared their sexual images without permission.

“Working with governments, the private sector has a crucial role to play in preventing and responding to child sexual exploitation and abuse online,” Mr Kounthdy added. “This forum has highlighted and promoted positive engagement and exchange at the national, regional and global levels and fostered collaboration between ASEAN Member States, private sector and non-government actors.”

Looking ahead, forum participants agreed that collaboration is key. An industry working group is being established to bring together key actors and continue to push the needle on child online protection and feedback is being gathered around what next year’s ASEAN ICT Forum should focus on.

Ultimately, every child should be safe to connect, learn and grow online. And as UNICEF’s Director of Programmes, Mr. Sanjay Wijesekera, said at the Global Cybersecurity Forum while highlighting ASEAN’s work in this area: “A digital space that’s safe for children is safe for everyone.”

The ASEAN ICT Forum on Child Online Protection was supported by UNICEF East Asia and Pacific, UNICEF Cambodia and UNICEF’s Child Rights and Business unit. The event was made possible due to generous support from the Royal Government of Cambodia, Australia’s eSafety Commissioner, Australia’s Attorney General’s Department, the Government of Japan, USAID and ECPAT International.

The full Call to Action from Children and Young People to the Private Sector on Child Online Protection can be found here. 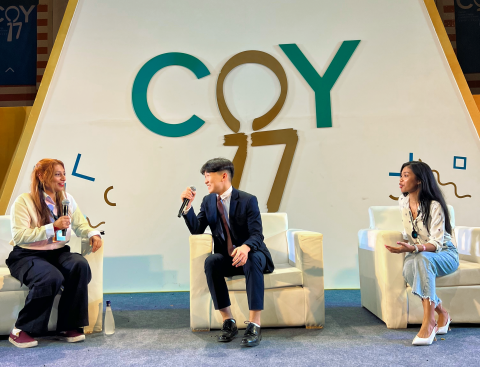 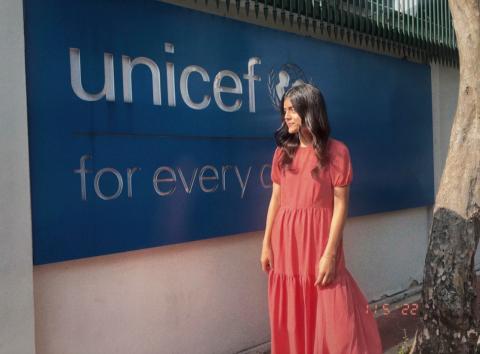 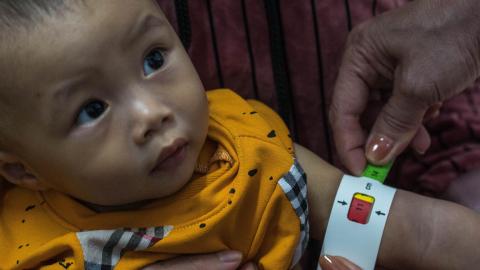 Wasting in East Asia and the Pacific region

Wasting, also known as acute malnutrition, is when a child’s weight is too low for his or her height.