"Who will be cooking tonight?"

David and Louise lost their mother during the Ebola epidemic which hit the Equateur province in June 2020.

Mbandaka, Democratic Republic of Congo – David and Louise Ilomba's mom has just died from the Ebola virus. The two young children are only 7 and 6 years of age. Olea Balayulu, a psychologist supported by UNICEF, has been visiting the family every day for the last two weeks trying to help David and Louise deal with their grief.

"For children, losing a mom is a huge shock because they can't understand why she is suddenly gone", explained Olea. When children lose a parent because of Ebola they risk being stigmatised, isolated or abandoned, which adds to the loss of a loved one. UNICEF is working closely with its partners and the communities to quickly identify children who are affected by Ebola and to provide support that is suitable to their physical, psychological and  social needs.

"I try to be there for David and Louise in order to minimize some of the psychological damage and I explain gradually how their mother is no longer here", added the psychologist. When Olea comes to visit David and Louise, the three of them all sit together in the yard.  " I really love it when papa Olea comes to see me because we get to play together and he brings me candy and cookies", declared David with his impish smile. A great rapport has developed between the psychologist and the two children.

David has the carefree attitude of a 7-year-old and his mom's death seems to be a distant memory. He lives in the present and continues to be fascinated by everything. So, he dances around and plays with his little sister, and sometimes, runs to hug his papa who is so devastated.

"When papa Olea comes, I am so happy and sometimes we dance together", said David who, a few minutes later is reminded of his mom's absence. "Who will be cooking tonight?" 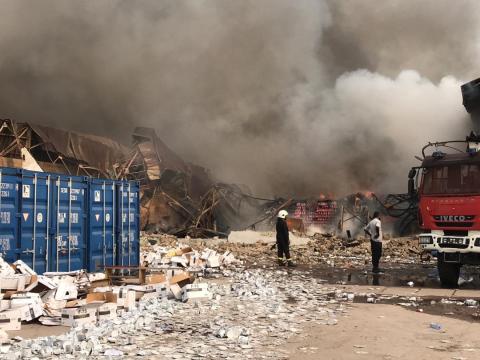 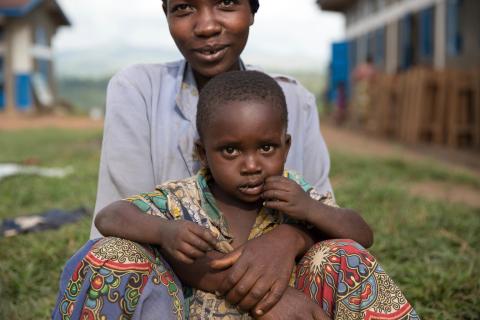 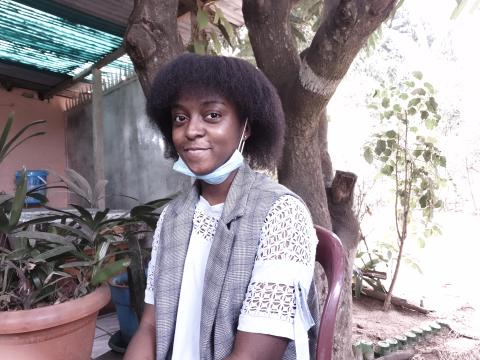 “I am ready for the state exam”

UNICEF has supported more than 6.8 million students in continuing their learning during the school closures.