UNICEF is providing special assistance to people returning home after being displaced by violence.

"We had to leave our fields and livestock behind because the fighting became more and more  violent", explained Nyiraneza, recalling how she began her long journey to a refugee camp in Uganda.

From 2006 to 2015, the fighting in the Rutshuru territory between the Mouvement du 23 mars (M23) and the Forces Armées de la RDC (FARDC) forced thousands of Congolese to flee to Uganda. "When I heard the fighting had subsided I decided to return to my village", said Nyiraneza who was determined to have her children go back to school.

As a devoted mother, she began working her two fields immediately to help pay for her children's schooling and their needs. Unfortunately, the income from the fields was not enough to cover all the family expenses. So Nyiraneza was forced to sell her fields to pay for her two sons' exam fees so that they could obtain their secondary school diplomas. "They passed successfully", Nyiraneza said proudly.

Then Nyiraneza began to buy fresh products from local farmers to sell at the local market but that money was not enough to provide for her children. As their mother, she had no other choice but to pull her two youngest children out of school.

During 6 months, Nyiraneza received help from UNICEF in the form of cash. Aware of the importance of  education, the mom immediately enrolled her children in school and started a potato business. Nyiraneza also joined the Association Villageoise d’Epargne et de Crédit in order to save money and apply for loans later on. Because of that, Nyiraneza is hoping to be able to provide for her children and send them to university.

Zainabo, who is 40 years old, had also fled the fighting before returning to settle in the Rutshuru territory. Before she received help in cash from UNICEF, Zainabo worked in the fields of Rutshuru owners and was earning $1.40 U.S. a day. Zainabo had great difficulty meeting the needs of her family with that amount and it was impossible for her to pay for her children's schooling.

"My children were upset to see the others go to school in the mornings", recalled Zainabo. With the $385 she received, the mom immediately enrolled her children in school and leased a piece of land to grow potatoes, beans and corn. Zainabo also plans to expand her land holdings to go into the palm oil business in order for her children to have a better future.

"I dream of a better future for my children",  said Zainabo.

Thanks to the Swedish International Development Cooperation Agency (SIDA) funding, 920 families from the territory of Rutshuru received cash assistance as part of the Programme of Expanded Assistance for Returnees Plus (PEAR+III). 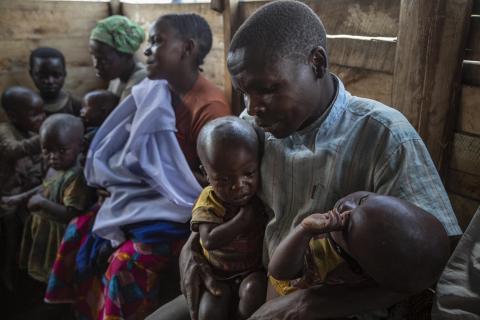 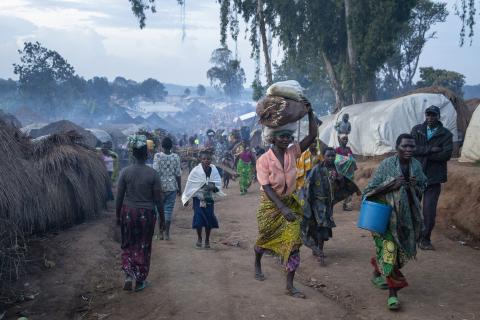 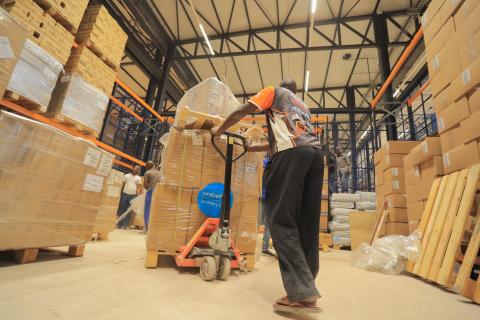