As the Ebola outbreak continues to claim victims, the survivors mobilise to raise populations’ awareness.

“If I hadn’t made the decision to go to the treatment centre despite the pressure from my family, I would be dead”, explains Dr Saiba, one of the 163 health care agents infected since the start of the Ebola outbreak in the east of the Democratic Republic of Congo (DRC).

At the start of the Ebola outbreak, the community resistance hampered the efforts of health specialists. The disinformation, poisoning and false rumours prevented people from having any confidence in the efforts to fight Ebola and in particular with regards to patient care.

In November 2018 a young woman presenting with symptoms consistent with Ebola turned up at the hospital where he worked and categorically refused to be transferred to the Ebola treatment centre. As a result Dr Saiba and all his team mobilised to assure the patient that immediate medical care was needed. Despite the precautionary measures taken during their interactions, Dr Saiba contracted the disease and began developing symptoms several days later.

“I know the pain and suffering endured by Ebola patients”, Dr Saiba explains. Dr Saiba follows up by saying “treatment centres are not death-traps but specialised centres where you find doctors, nurses, nutritionists and hygienists who are well trained in order to save you”.

Since the start of the Ebola outbreak, UNICEF and its partners have raised the awareness of almost 30 million people in affected zones. The people are your best allies in the fight to defeat the Ebola virus.

“We can avoid death by respecting hygiene measures and going to medical care facilities as soon as possible”, concludes Dr Saiba who continues to repeat this message in schools, churches and village markets.

Ebola
Communication for development
Democratic Republic of the Congo 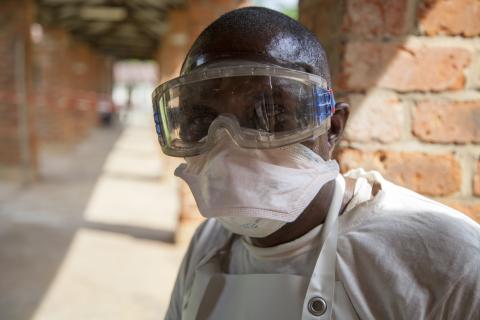 Ebola : communicating to save lives
UNICEF is on the ground reaching families at risk
See the story
Unicef default logo 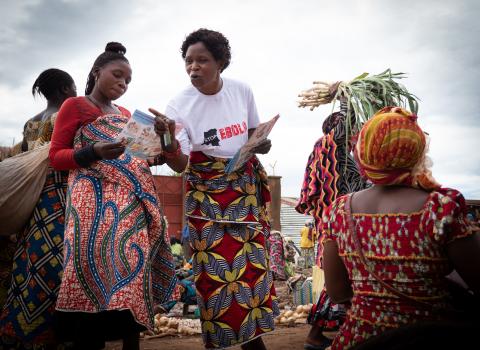 Ghislaine, an Ebola survivor, continues her fight
Dozens of Ebola survivors have joined forces with UNICEF to inform the public of the disease.
Read the story