Joint press release by the EERC, WHO, WFP, UNICEF and Save the Children

GOMA, 4 OCTOBER 2019 - As the 1,000th Ebola survivor returns home, United Nations agencies working to stop the current Ebola outbreak in the Democratic Republic of the Congo (DRC) today commended the strong leadership of the DRC health authorities and the tireless efforts of thousands of local health workers and partners that have led to 1000 people surviving the disease.

United Nations Secretary-General Antonio Guterres handed Kavira her Ebola survivor certificate in early September. “I never thought I would make it at first but now that I am cured, I want to go back to my community and tell them to seek treatment early if they are affected because you can actually survive,” said Kavira.

The outbreak, declared on 1 August, 2018, started in North Kivu and has since spread to parts of Ituri and South Kivu provinces. Currently, active transmission is confined to Ituri, in several hotspots – Mambasa and Mandima – but the epidemic is evolving in an extremely complex environment, marked by poor health infrastructure, political instability, insecurity, community mistrust and resistance, and ongoing conflict involving scores of armed groups.

Through an integrated UN system-wide approach, the United Nations scaled-up its efforts in May in support of the DRC government-led response in the areas of public health, assistance to Ebola-affected communities, political engagement, security and strengthened financial management.

“Every survivor gives us reason and motivation to continue to enhance our fight against Ebola, but every survivor is also a reminder that there are lives we were not able to save”, David Gressly, Emergency Ebola Response Coordinator, said.  “We have to continue gaining access through improved security for health workers and populations alike, along with continuous efforts to engage communities to be empowered with the response. We cannot win the battle against this outbreak without the full support of the Congolese people. We have seen how the acceptance of the people of towns like Rwangoma or Mabolio have led to a rapid reduction of Ebola cases there,” he added.

Although this is the largest and longest running Ebola outbreak the DRC has experienced, new tools are now available to help stop the virus and save lives. A highly effective vaccine (shown to have 97.5% efficacy) has protected over 226,000 people. New treatments, that recent study results show can save over 90 percent of people who come early during their illness, improve survival rates of people infected with Ebola.

“We have the tools, vaccines and treatments, but we still need to find and support every person who has been in contact with someone infected with Ebola,” Dr Ibrahima Socé Fall, World Health Organization Assistant Director-General for Emergency Response, said.  WHO is the UN Agency leading the public health response. “Surviving this disease is all about trusting the responders – contact tracers, decontamination teams, burial teams, vaccinators, Ebola Treatment Centre staff – who are working tirelessly to protect people from this virus”.

Seven Ebola treatment centres, and numbers of transit centres have provided care for people in the many areas affected by Ebola, making it possible for those who seek treatment to survive. During this outbreak the type and level of care has been revolutionized by innovative approaches such as ALIMA’s ‘Ebola cube’, and inclusion of survivors as ‘garde-malades’ caring for others sick with Ebola. The partners managing Ebola Treatment and Transit Centres include: ALIMA, International Medical Corps and Medair among others.

Led by UNICEF with the support of international partners, thousands of Congolese responders and associations from the affected communities are engaging with community and religious leaders, mass media, and Ebola survivors to bring crucial knowledge of symptoms, prevention and treatment to the households and communities most at risk. Children are among the most vulnerable in the communities, as they are not only at risk of contracting the virus but are also affected if they lose their parents or schools are closed. Save the Children and other organizations are reaching out to children on how to prevent contracting Ebola, through child-friendly awareness campaigns in schools and youth groups.  An important part of this work is listening and responding to their pressing concerns, particularly in the areas where Ebola is often not perceived as a priority.

“When survivors tell communities the reason they are alive is because they sought treatment early, people believe them and are getting the help they need sooner. Survivors have become a crucial element in gaining the community trust and acceptance required to defeat this epidemic”, Edouard Beigbeder, UNICEF representative in the DRC, said. “At the same time, having experienced the disease, they are able to offer a level of support and compassion to patients and their family members that is especially meaningful.”

As part of the emergency response, the World Food Programme is providing food to Ebola survivors and people potentially carrying the virus, so they won’t have to leave their homes to buy food and can therefore easily be monitored in case they develop symptoms. WFP also provides critical logistical services and operational support to partners of the medical response teams, enabling responders to reach new or remote outbreak areas quickly. In a country facing the world’s second worst food crisis after Yemen, this support is crucial.

“It is surely a celebration when cured patients go home after surviving Ebola; they feel reborn. I can’t begin to explain how grateful they are for the support, even more so when they learn that food assistance will accompany them for a year to get back on their feet,” Susana Rico, WFP Emergency coordinator in Goma, said. “This celebration must also serve as our motivation to continue the fight against Ebola and save many more by encouraging communities to alert about potential cases, so that they can seek treatment in time to be saved. Those are our priorities.” 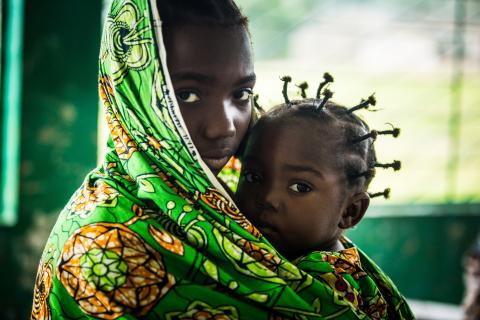 Children in the Democratic Republic of the Congo at risk from killer measles, cholera epidemics: UNICEF
Visit the page 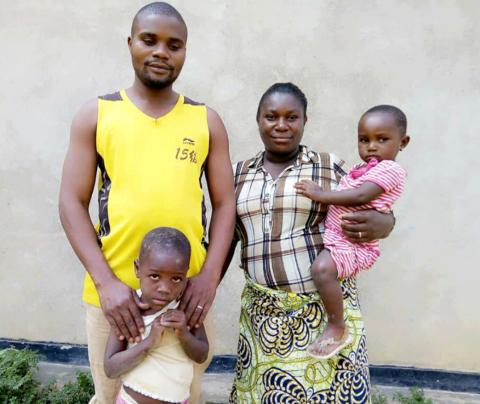 Getting back to normal after Ebola strikes
More than 1,100 psychologists and psychosocial workers trained by UNICEF support Ebola survivors with their reintegration into their communities.
Read the story 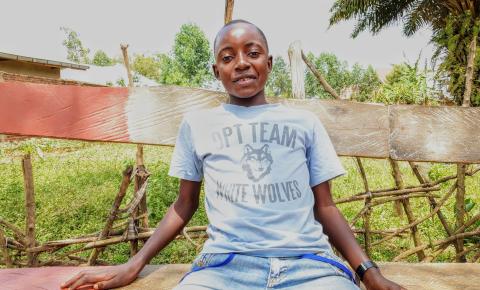 "I survived, but they died"
The Ebola epidemic is a tragedy for children. UNICEF is on the ground to help meet their physical, psychological and social needs.
Read the story