As the world celebrates the upcoming 30th Anniversary of the Convention on the Rights of the Child (CRC), Cambodia recommits to upholding children’s rights to protection from all forms of physical or mental violence, abuse, neglect or exploitation, as stated in Article 19 on the CRC. UNICEF Cambodia is supporting the Royal Government of Cambodia to strengthen the country’s child protection system.

Chbar Ompov District, Phnom Penh – September 2019. Derm Chan community, alongside the Tonle Bassac canal, is home to local hero Kont Thareoun. At 66-years-old, she cares for her nine grandchildren, ages from four to fourteen. The children’s parents abandoned them or have passed away. Their little wooden house is surrounded by dark, muddy floodwater which often flows into the house. “The children all play in the water and it’s bad for their health because they all catch the flu. I have to divide the little money we have between food and medicine,” Thareoun explains, while three of the children cough and sneeze. The forecast rains worry her further. “I don’t know how deep the water can be. Two of the children have already nearly drowned,” said Thareoun. “Life is so hard, but I must keep them all together rather than let them survive on their own.”

Every morning at 5 AM, Thareoun gets the children up to go to school. She has been supported by Samatapheap Khnom Organisation (SKO)  and Friends International for nearly two months. The children received study materials and school uniforms, as well as extra mathematics, sciences and khmer classes. This is important for Thareoun, who said, “my only hope is that they can just grow up and have some knowledge. I don’t expect them to look after me back. I just want them to grow up”.

UNICEF Cambodia/2019/Lydia Darby
Thareoun, 66, and her grandchildren in their home in Derm Chan community.

UNICEF Cambodia/2019/Daravatey Seng
Thareoun, 66, and her grandchildren at the door of their home in Derm Chan community.

SKO is working in this community to connect families most in need to NGO’s and other local services. UNICEF Cambodia supports SKO’s work as part of the Partnership Programme for the Protection of Children (3PC). Led by the Ministry of Social Affairs, Veterans, and Youth Rehabilitation, in collaboration with Friends International and 10 civil society organizations, the 3PC’s goal is to strengthen systems for child protection in Cambodia to prevent and respond to violence, exploitation, abuse and unnecessary family separation. Since 2011, this partnership has protected and supported more than 50,000 children.

SKO previously supported Derm Chan community’s second hero, Svay Rueon, a 67-year-old grandmother of four. Eight years ago, Rueon’s son got divorced and his wife left. He struggled with depression and alcohol abuse, incapable of caring for his three children. Despite Rueon’s crippling back pain and deteriorating eye condition, she assumed sole responsibility for her three granddaughters, aged fourteen, twelve and eight. She has also acted as the guardian for her other 19-year-old grandson whose parents passed away from HIV.

Ruoen does everything she can to look after the children who have lost their parents. And SKO does what they can to look after her, previously connecting the family to an NGO who helped her when her roof collapsed from heavy rains. Visibly distressed, she explains, “I’m so upset and worried how to raise these girls and make enough money.” She feeds them and makes sure they go to school, but her eye condition makes a difficult life even harder. “If I go to hospital to have my eyes treated, there will be no-one to feed my girls”, Rueon told me.  This is the reality of urban poor in Phnom Penh. Family separation and insufficient family-care services threaten children’s protection and survival. Rueon has been identified for extra support from SKO, who told us, “she’s really faced some hardship. She will benefit from the Family Development Programme”. SKO target the poorest and most vulnerable families and link them to existing social services, empowering them to take initiative to change their own lives. They will provide regular counselling sessions over approximately six months.

Despite the hardship, Rueon describes the moment her girls came home from school with good grades, “I’m reminded that I’ve raised them well, they listened to my advice and worked hard. I hope they grow up to get a good job.”

A healthy, safe childhood is a necessary foundation for lifelong health and wellbeing - but childhood also comes with significant risks which are exacerbated by structural forms of adversity such as multi-dimensional poverty. In cities like Phnom Penh, economic hardship and unstable housing drives violence, abandonment and abuse of children - causing severe consequences which can last a lifetime.

Every child has the right to grow up in a supportive, caring and nurturing family environment, but not every child is lucky enough to have a grandmother like Rueon or Thareoun. Protecting children from family violence, abuse and neglect, requires the involvement of actors at every level, from government to grassroots. Cambodia has just committed to ending violence against children by joining to the Global Partnership to End Violence against Children (GPEVAC) as a pathfinding country. The implementation of the Action Plan to Prevent and Respond to Violence against Children 2017-2021 requires joint responsibility from all walks of society.

The third hero in this story is SKO social worker, Ms Chhay Lim. Lim chose to follow this line of work because she wanted to safeguard children. Despite the risks to her own safety, she steps in when domestic violence threatens to pull families apart and leave children without care. “Most of the violence is emotional, so it’s hard to see unless you work here. “I encourage the women to stand up for themselves and help families talk through their problems,” Lim explains, “I’m proud that I have taught families to cope and stay together to care for their children.” SKO’s family support and family-based care services are crucial for keeping families together.  Social workers are the backbone of any child protection system and individuals like Lim are important for helping families like Rouen’s and Thareoun’s protect their children. 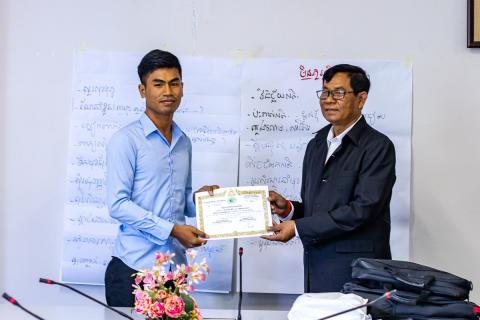 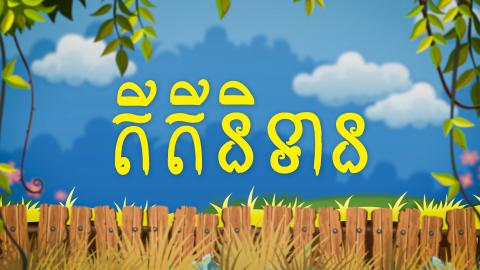 A radio show on Childhood Development and Positive Parenting

Children at residential care facilities are already vulnerable and during the Covid-19 pandemic, they are now facing a new but uncertain situation.