When some parts of Cambodia were locked down, UNICEF stepped up its support to children

“We’d heard of lockdowns happening in other parts of the world but hoped it wouldn’t happen here,” says Ms. Mom Chandany, director of the Phnom Penh Department of Social Affairs, Veterans and Youth Rehabilitation. Carefully distanced and masked, she sits on a narrow street in Phnom Penh’s Steung Meanchey district, an area with a high proportion of economically vulnerable families.

This part of Steung Meanchey was, until recently, designated a “red zone”, an area of high COVID-19 infection rates which faced severe restrictions in April. “We all worked hard beforehand to prevent the need to impose too many restrictions, focusing particularly on educating people about precautions,” says Ms. Chandany. “Unfortunately, the numbers became too great and the decision was taken to lock down.”

Ms. Chandany brought her considerable experience to bear on the situation, as one of Cambodia’s earliest social workers. She began her career in 1996, receiving her first training from UNICEF, before undertaking further studies in the Philippines. “COVID is certainly a vicious disease,” she says, “but after 34 years of doing this work I am fairly fearless. You have to use challenges like this as an opportunity to unify, to work together to support the people who really need it.”

During the lockdown, Ms. Chandany, and her team of five social workers – funded and trained by UNICEF, with financial support from USAID - focused particularly on the most vulnerable families and children, such as families living with addiction or children in residential care. When the red zones were established, her job became even more challenging. “We had to be creative. We offered a lot of support remotely, through phone calls, while getting our drivers and selected staff papers to travel so they were able to deliver food support to the neediest.”

Ms. Chandany is thankful for the additional support and resources provided by the Royal Government of Cambodia and partners including UNICEF. “UNICEF played a very specific role in supporting vulnerable populations. It provided valuable technical advice and support for the social workers, and also helped us to operationalise guidelines for managing cases remotely, including how to use Zoom. There was also financial support at critical times.”

“Children are often the most vulnerable people in society during a crisis, and COVID has been no exception,” says Lucia Soleti, UNICEF Cambodia’s Chief of Child Protection. “Not only are they at risk from the virus itself, but they are also more at risk of violence and their parents or caregivers may be more anxious, stressed and worried about their care and support. In such situations it is even more important than usual to make children feel safe and protected”.

Cambodia’s social work system is still at an early stage of development, with few professionals and even fewer with formal training. UNICEF is working with the Ministry of Social Affairs, Veterans and Youth Rehabilitation (MoSVY) to increase the number of trained staff. In addition, a recently launched digital case management tool, Primero, is being used to register all children infected and affected by COVID-19 and provide case support. Since April 2021, at least 2,000 vulnerable children and their families have received emergency family packages, including food. Children and families can also access counselling and other support services through the Child Helpline Cambodia and Childsafe Hotlines, funded by UNICEF with support from the Government of Japan.

Mr. Sun Raborn is one of five social workers managed and supervised by Ms. Chandany. “After being allocated a case, the first step was to call the child and the family and start to build a relationship with them, trying to build up trust and offer as much support as possible”, he says. The work was often emotionally demanding, given the hardships many families were facing. “The most difficult case was one family who had a very small baby. They were in terrible debt and the mother, who usually worked in the garment factory, couldn’t work at all. They were struggling to feed the baby. I was able to arrange urgent food support for them, so their situation is better now.”

He also supported the Khan* family, who were all directly impacted by the virus. “Ever since the pandemic started I worried about catching the virus and spreading it to my family,” says 16-year-old Sreyleak*, showing us the small rented room where her family live in very close quarters. As cases began to climb locally, her anxieties increased, especially when people were tested positive in the market where her mother works.

“Even though I was afraid, I knew we had to go and get tested,” remembers Sreyleak. “It was the right thing to do, to slow down the spread.” The family travelled to their health centre and Sreyleak was found to be positive. She was immediately relocated to a hospital for treatment. Separation from family can have a very negative impact and create long-term detrimental development consequences for children. Trained social workers can play a critical role in providing the safety network that children most need at such times. Sreyleak confirms the point; “It was frightening at first, and difficult to be separated from my family, but Mr. Raborn called me and that helped.”

Sreyleak’s mother and father were then found positive on a second test. They were admitted to a different hospital, where her father’s condition worsened rapidly. “He was on oxygen for four days,” says Sreyleak, admitting she often cried through worry. The situation also meant that when Sreyleak recovered enough to go home it was to an empty house. Mr. Raborn quickly increased the level of support he was offering, given Sreyleak’s vulnerability. “He would call me and check I was doing okay. He also made sure I got a food package so I didn’t have to worry about eating.”

“I’m much happier now restrictions have been relaxed and we can speak to each other directly,” Mr. Raborn says. He sits outside the Khan family home, and asks them all – including a fully recovered and smiling father – about their plans for the future. “I just want us all to stay well,” Sreyleak says to everyone, “I know my parents want to work as soon as possible, to get back to normal. “

“It’s been the most challenging time in my career,” Ms. Chandany says. “It’s not over, but I hope that with the Government’s commitment and support from partners like UNICEF we can manage the situation and ensure children are supported. There are reasons for hope.” 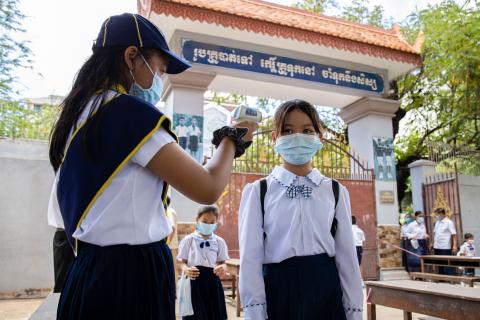 An open letter to Cambodia's parents

As we celebrate International Children's Day and Parenting Month, our Representative recognises the efforts of Cambodian parents during COVID-19 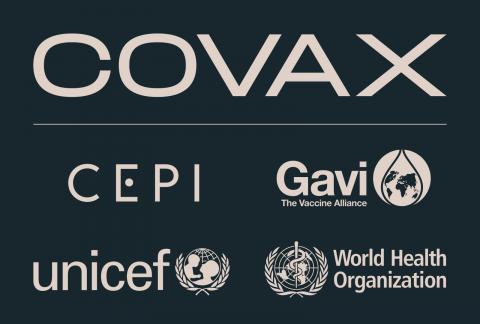