How a rural Cambodian hospital has prepared for COVID-19

Mondulkiri, January 2021- Although Cambodia has done a remarkable job in keeping COVID-19 infection rates lower than most countries, there have been moments of high alert. The most notable came at the end of November 2020, when the first community transmission cases were identified as part of a new outbreak. One of the places of greatest concern was the remote province of Mondulkiri and the small hill town of Sen Monorom, where one person who was tested as positive had travelled extensively and visited many restaurants and tourist spots.

“It was difficult,” remembers Doctor Nou Somethear, deputy director at Mondulkiri Provincial Hospital, and the hospital’s resident expert in communicable diseases. “We had to be very safe and rigorous, closing down all the possible infection sites and tracking and tracing everyone at risk. Sen Monorom is the hub for this region, so if the virus had broken out here it would have spread everywhere in the province and possibly the country.”

Fortunately, the test results all came back negative, and the incident ultimately helped the hospital to test its readiness for a COVID-19 outbreak. "We began preparing back in March, straight after the first case reached the country," says Doctor Mork Chandarith, Dr Nou’s fellow deputy director. “The Government established committees at national and local level. In those early days everyone was frightened, some staff members even got worried about being too close to the committee members because they thought we might catch the virus by travelling for discussions.”

“Ordinary people were also worried,” Dr. Nou adds. "As soon as the Ministry announced the first transmissions of the virus there was a drop in the number of local people coming to the hospital to get help after accidents or illnesses." Reassuring potential patients was therefore another reason that it was crucial to rapidly put in place measures to prevent transmission of virus within the hospital and prepare for any outbreaks.

The hospital immediately established a self-contained COVID-19 ward equipped with respirators, in case patients did present with symptoms of the virus. The hospital had some Personal Protective Equipment (PPE) in place, maintained after earlier virus scares in South East Asia such as bird flu, but were rapidly running out. Thankfully, more PPE began to arrive in March, supplied by the Ministry of Health and UNICEF.

The next crucial step was Infection Prevention and Control (IPC), with training organized by the hospital, the Ministry of Health and UNICEF in June. “It was absolutely crucial that we met global standards when it came to managing infections. I saw for myself how much more confident the 15 staff were after the training,” says Dr. Mork. "We learnt about the need for additional precautions, especially when dealing with any patients who showed symptoms.”

Doctor Thai Chenda works on the hospital’s frontlines in the emergency room, and was one of the attendees. “Of course, everyone working in an emergency room already knows that you have to take precautions when treating patients,” he says, “but the training reinforced those rules. The fact that COVID-19 has been so publicised also means that patients who come in have more awareness about precautions, most of them have seen the rules for avoiding COVID-19 on Facebook. That makes life easier and less worrying for us as doctors, even if the patients do sometimes forget.”

Am Soeum, a local woman of 41, came to the hospital after increasing stomach pains, which led to her vomiting blood. "They told me it's a gastric ulcer," she says from her bed in the recovery ward, pale but full of praise for hospital staff. "I think if I hadn't been in so much pain, I might have worried about coming to the hospital because of fear of COVID-19, but the pain was so terrible I really didn't even think about it, I just had to get help. But now I'm here I see that the staff are 100% following the rules, always wearing masks and always washing their hands. It's good to feel taken care of."

Having prepared the hospital for future COVID-19 cases and successfully dealt with the November exposure incident, the staff are now looking to the future. Dr. Nou says he has two major hopes. “The first is that I hope we can increase our capacity and start to do testing here, rather than sending samples off to Phnom Penh, which slows results down. I also hope the vaccine will soon be available, especially for frontline workers and the more vulnerable people in the population. We do have patients asking about it increasingly, I think most people really want to be immunised.”

While the pandemic has certainly been difficult, there have been some benefits. Dr. Thai says he is happy to see the increased understanding of hygiene among patients. "There's more awareness and a healthier attitude. I hope that lasts even after the crisis has passed."

Dr. Mork has been particularly proud of the collaborative spirit that has developed in the shadow of the pandemic. "The team at the hospital, they've supported each other very well in the efforts to be prepared. We've also been supported by the Government and by the international community, and I think that's really encouraging. Working together is so important at times like these.” 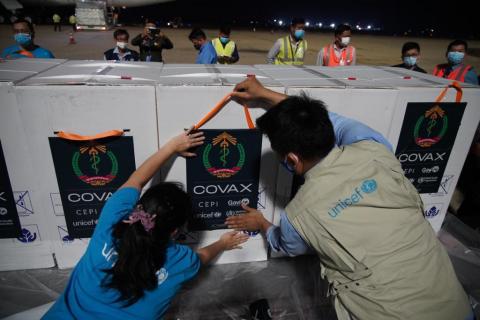 CAMBODIA, SWEDEN AND UNICEF UNITE TO PROTECT THE EDUCATION OF CHILDREN WHOSE SCHOOLS HAVE BECOME QUARANTINE CENTRES 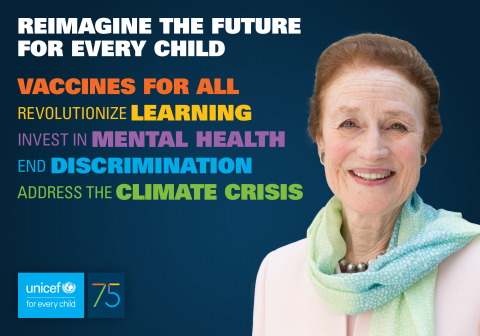 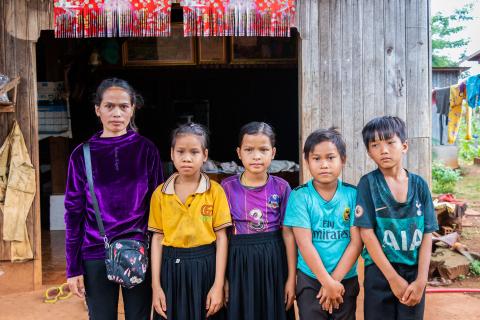 Protecting Multilingual Education During The Pandemic