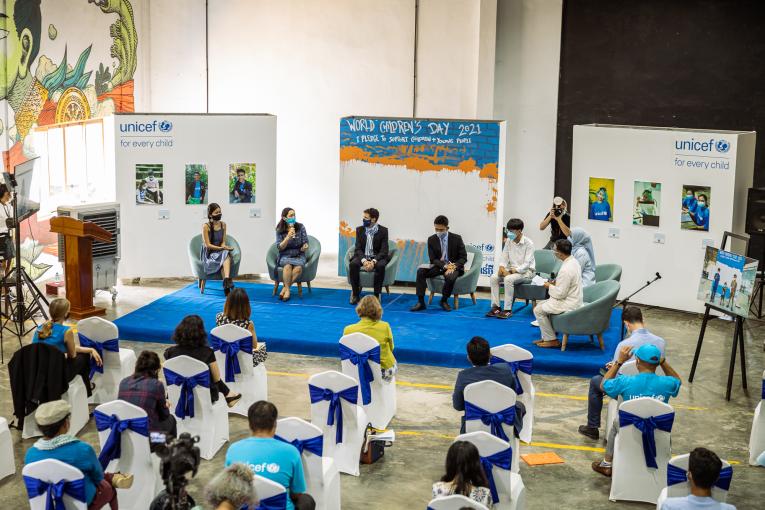 16th November 2021, Phnom Penh – To celebrate World Children’s Day, UNICEF brought together young people and partners including senior figures from the Royal Government of Cambodia, influencers, entrepreneurs, and representatives from the development and diplomatic community. All gathered today to celebrate the potential of young people to bring about positive change in the world and pledge their support for them in the coming years. UNICEF showcased its Generation Future initiative, featuring 13 young people developing innovative projects to tackle challenges such as mental health, climate change, and inequality.

"It's important for young people like me to have our voices heard because amazing things may happen when we do," said Rith Sovandalin, an 18-year-old from Phnom Penh, who is one of the Generation Future founding members. "We are the new force who should be influencing decisions that have a direct impact on future society. I want to see Cambodia become a more developed country and contribute to promoting gender equality through Generation Future."

World Children’s Day is an annual day of action, by and for children and young people. On this day, UNICEF and other partners call on everyone to promote and celebrate children’s rights, leading to actions that build a better world with them.  World Children’s Day is held on 20th November but to respect the Water Festival holiday, this year UNICEF Cambodia is hosting its event four days early.

On last year’s World Children’s Day, UNICEF shone a spotlight on Cambodian children’s lives during the pandemic, sharing their concerns and hopes for the future, online and on billboards around Phnom Penh. This year’s celebration takes the next step by providing young people with the support they need to turn their hopes for change into reality, including matching them with experienced and influential mentors such as social media star Catherine Harry, visionary Phare founder Vutha Tor and socially conscious rapper Sang Sok Serey.

The successful candidates for Generation Future were chosen 12 weeks ago, then connected with mentors, and provided with support and training by UNICEF. The Generation Future projects are at different stages of development, and some have already achieved remarkable results. 19-year-old Boris Rith of Phnom Penh has created a mental health resource called Mind Switch, and launched an awareness raising video viewed by more than 100,000 people on Tik Tok. Erafasyra Man, 20, from Siem Reap, has recruited 30 volunteers to help her “Ladies Circle” project, which will reduce waste while supporting disadvantaged women from ethnic minorities through the creation and sale of recycled products. Sonita Chin, 21, from Phnom Penh, has launched a campaign uniting young people against climate change, and worked with Sang Sok Serey to write and record a hip hop anthem. This was performed at the event, a highlight.

The event was held at The Factory in Phnom Penh but was also livestreamed in dual languages to reach children, youth and supporters across Cambodia. All the Generation Future members spoke about their projects, leading to a centerpiece panel discussion on how we can all support young people to improve their lives and communities. Two members of Generation Future were joined by H.E. Samheng Boros, Secretary of State for the Ministry of Social Affairs and Youth Rehabilitation, Markus Bürli, Director of Cooperation at the Swiss Cooperation Office and Consular Agency, Foroogh Foyouzat, UNICEF Representative in Cambodia, and Catherine Harry, a project mentor.

Other supporters who attended the event included Pauline Tamesis, the United Nations Resident Coordinator in Cambodia, Tina Redshaw, the United Kingdom Ambassador to Cambodia, Bryan Fornari, Head of Cooperation at the European Union, H.E Put Samith, Director of Directorate General Education at the Ministry of Education, Youth and Sport, and Caitlyn McElroy, Children in Adversity and Education Advisor for USAID/Cambodia.

Generation Future won’t just benefit the 13 members of its first wave. With support from UNICEF, young people have also set up a Facebook Group for all likeminded peers who are interested in positive social change, with almost 800 members now exchanging ideas and encouragement. This Group and the inspiring example of these first projects will act as catalysts inspiring other young Cambodians to seize opportunities and create positive change in their communities

“The last two years have brought about huge challenges for children around the world,” said Foroogh Foyouzat, UNICEF Representative in Cambodia. “It’s important that we ensure they’re put at the forefront of the recovery. There are many other young people in Cambodia just like these incredible members of Generation Future who also have wonderful ideas for rebuilding a world which is better and fairer for all. What they need is the space and support to put them into action, and we hope that with the pledges of commitment we’ve seen today, more and more young people will be provided with this support so they can bring their ideas for change to fruition.”

About Generation Future
Generation Future is UNICEF’s call out to young Cambodians, across the country, to transform their potential into action and achievement. It’s an invitation for young people from all backgrounds to reimagine themselves as the future of change, as innovators, entrepreneurs, socially conscious artists, and engaged communicators. Please visit here for more information about the Generation Future. 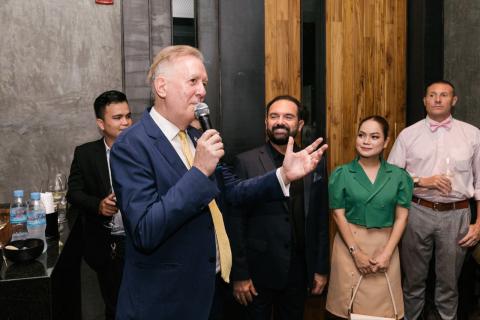 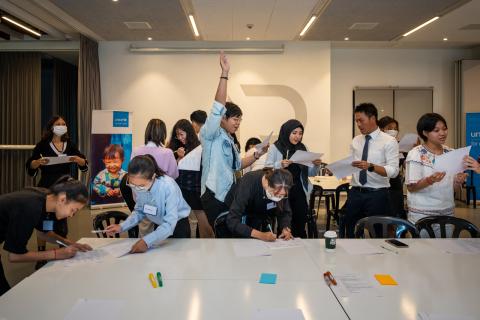 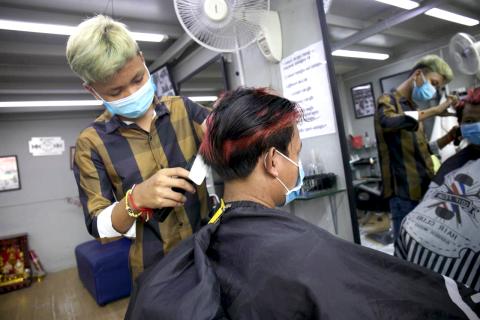 Follow two young graduates of technical, vocational and education training on their paths to success in the workforce