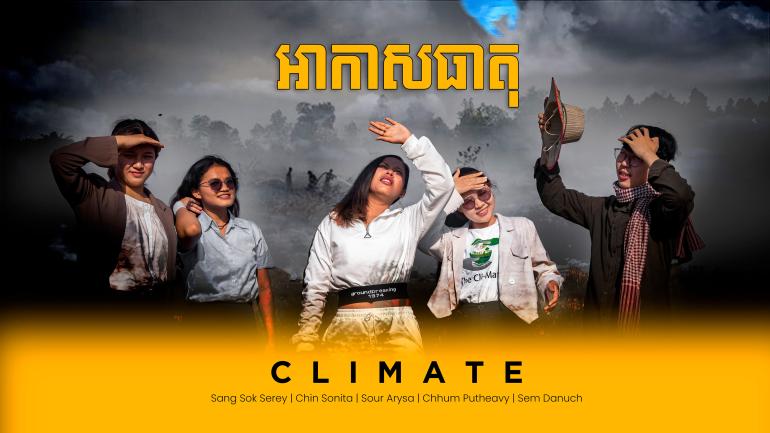 Phnom Penh, 21st January. Today an exciting and innovative hip hop anthem called “Climate” will premiere on radios and social media channels across Cambodia, calling attention to the global climate crisis and aiming to unite Cambodians in protecting the environment. The infectious anthem is a collaboration between socially conscious rapper Sang Sok Serey, 21-year old climate change campaigner Sonita Chin, and grassroots hip hop NGO Tiny Toones. The song was conceived and written after Serey and Sonita were paired as part of UNICEF’s pioneering Generation Future project, which connected youth with ideas for social change to mentors with the experience to help them make it happen.

The new song is being launched through Smart’s Pleng music service, thanks to the mobile provider’s enthusiastic support for the project. It will also be played on radio stations around the country, including Phnom Penh, Preah Vihear, Sieam Reap, Battambang and Pursat, reaching almost 250,000 young people aged 15 to 24. A vibrant video will also be launched online, including through UNICEF’s social media channels and YouTube. The aim is to reach a mass audience of urban and rural Cambodians with the song’s message about the impact of climate change and the practical actions everyone can take to reduce that impact.

Cambodia is in the top third of countries where children are most vulnerable to climate change, according to UNICEF’s Children's Climate Risk Index. The report, published in 2021, found that Cambodia was the 46th most vulnerable country. In recent years, the Royal Government of Cambodia has placed a high priority on addressing these challenges, committing itself to the goals of United Nations Framework Convention on Climate Change (UNFCCC). It has worked with partners including UNICEF on the development of a Nationally Determined Contribution (NDC) and on 30th December 2021 became one of the first developing countries to agree to a target of achieving carbon neutrality.

UNICEF launched Generation Future in 2021, with the goal of helping young people turn their ideas for social good into real world initiatives. Many young people chose climate change as the issue they cared most about, and Sonita’s initiative was one of 12 which UNICEF chose to support further, reflecting the organisation’s growing commitment to supporting projects which combat this global challenge.

The song and video are just the latest stage in The Cli-Mates campaign which Sonita developed with her Generation Future mentor Serey. The song comes after the creation of campaign pages on social media, a series of awareness-raising posters, fun videos, talk shows, and a social media challenge which asked young people to share how they made a difference to climate change.

“Climate change is a global issue and it affects all of us since we all live on the earth,” said Sonita, discussing the campaign. “I applied for UNICEF’s Generation Future project because I saw it was a great programme to help me develop my idea on climate action and make a positive impact. I am so excited about this release, my team has put so much effort into this song and video, all with wonderful support from UNICEF. We can’t wait to see people’s reactions and hope that after listening more people will get involved in taking  climate action.”

Many of the other 12 Generation Future projects have also made a solid impact, generating national media attention and hundreds of thousands of online views on topics including mental health and the importance of education. These initiatives will continue to run throughout 2022, and the Generation Future project will itself expand and take on new candidates later in the year.

“The release of this exciting song with its powerful message is a great testament to the important role young people are already playing in taking action against climate change,” said Foroogh Foyouzat, Representative for UNICEF in Cambodia. “There is no doubt that children and young people will bear the brunt of the climate crisis. They will inherit this planet, so their voice truly matters. UNICEF is committed to supporting young people to be heard and take action on climate change, while working with the Royal Government of Cambodia and partners to respond to the crisis at a national level.”

Notes to Editors:
The “climate” song and other communication materials can be downloaded from this link.

About Generation Future
Generation Future is UNICEF’s call out to young Cambodians, across the country, to transform their potential into action and achievement. It’s an invitation for young people from all backgrounds to reimagine themselves as the future of change, as innovators, entrepreneurs, socially conscious artists, and engaged communicators. Please visit here for more information about the Generation Future. 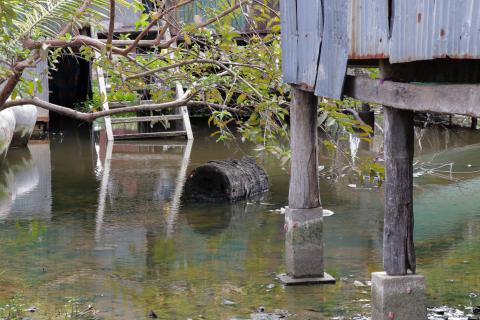 Water security in a time of climate change 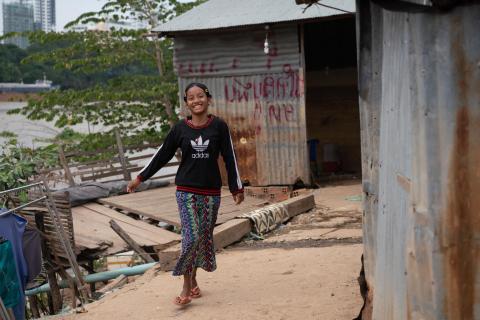 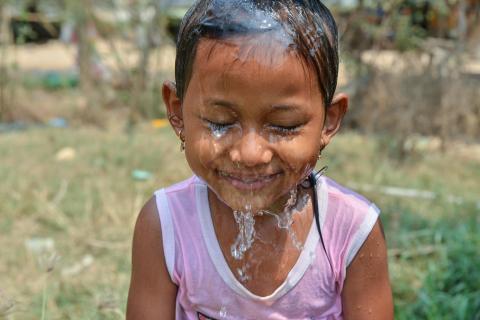 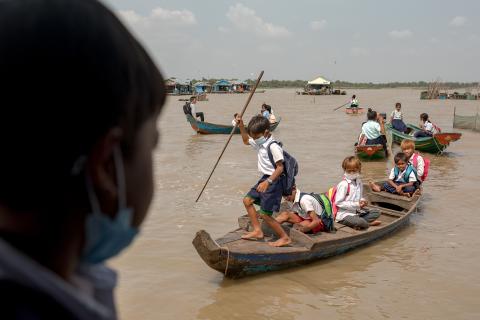 Struggles and hopes in the lives of the landless