STEM education opens up a world of possibilities

Rumonge, Burundi – Burundi “Can you believe that I earned 7,000 BIF (approximately $3) in a single day? Don’t take lightly what you’ll learn during this week: it is a job that pays a lot!“

These are the words of Sandrine, 20, as she addresses the second group of adolescent girls following a plumbing apprenticeship week in Rumonge Province.

Sandrine is the eldest of five siblings. She used to aspire to become an accountant one day. Her dream was brutally shattered when she was forced to drop out of school in grade 9, as her mother, a farmer, could no longer afford her studies.

Despondent, Sandrine spent most of her time at home to help with domestic chores. During outings with friends, she sometimes inquired about work or training opportunities. That’s how she heard about a UNICEF-supported initiative which sets up solidarity groups – one of which she joined.

The purpose of such groups is to empower vulnerable people to take charge of their lives, by contributing to a community saving fund. Savings are later accessible to members in form of credits, to boost or start a business. The aim is also to support the most vulnerable children in the community with health bills or school supplies.

Thanks to her dedication, Sandrine’s solidarity group elected her as peer educator, which allowed her to take part in a girl leadership program, Skills4Girls. The program, organized by UNICEF Burundi with the support of UNICEF Denmark and the Danish jewelry manufacturer Pandora, trained a total of 250 adolescent girls.

Sandrine chose to attend the plumbing sessions. She didn't wait long to practice what she had learned. She soon reached out to a plumber in her neighborhood. The man, surprised by that the request came from a girl, accepted to become her mentor.

One day, Sandrine followed him as he installed, repaired, and maintained piping, fittings, and other fixtures across Rumonge and its hospital. She earned 7,000 BIF. "I never imagined that I’d make so much money in one day. I am very proud to be the first girl plumber in my province," she says.

The Skills4Girls program was set up to reduce the gender disparity in male-dominated careers, such as electricity or plumbing. Those jobs can generate income, but rarely include women.

Most girls selected by Skills4Girls never had the chance to finish their secondary education. They often come from very vulnerable or displaced families.

Thanks to Skills4Girls, 103 girls in Rumonge acquire plumbing skills in 2021. In Ruyigi and Bujumbura Rural, respectively 103 and 44 girls were trained in electricity and sustainable charcoal production.

All of them benefited from web-design and e-commerce trainings, to give them a chance to make their new businesses known to a wider public.

In 2022, the program is expected to continue its course with another group 250 adolescent girls. Its goal will remain the same: actively involving girls in STEM (Science, Technology, Engineering and Maths) education to open up their career options and pathways to financial autonomy. 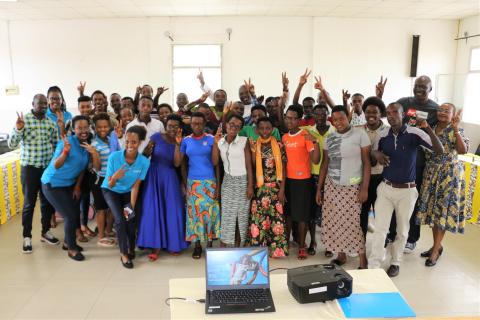 "We want to listen to you; we want to know your thoughts and opinions to better plan our interventions". John Aghbor, UNICEF Representative in Burundi 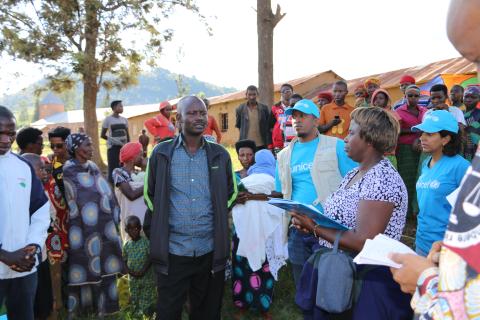 Government & UNICEF appreciate the projects on the field 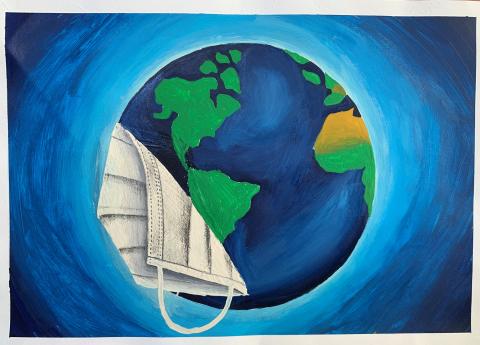 With the support of partner NGOs working in Child Protection, UNICEF Burundi encouraged children to draw the world they want.