Тhe Council of Refugee Women in Bulgaria (CRWB) often receives calls from vulnerable people who have found themselves in a situation of crisis. Especially in the context of the COVID-19 pandemic, cases of domestic violence have increased three times and the CRWB is overloaded with requests for support of both victims and people at risk of violence.

A cold winter Friday night turned out to be anything but peaceful for the team of CRWB. Towards the end of their workday, a social worker of the organization took a call from a crisis centre in Sofia. Iman*, a young woman with a child aged about five, was staying at Sofia’s central railway station. The woman appeared helpless, confused and, indeed, scared. Workers at the crisis centre sought the assistance of the CRWB since Iman only speaks Arabic. Bilal Bashir, cultural mediator and interpreter at CRWB, spoke to the woman to obtain more information.

“She was very scared. She spoke incoherently and did not know where she could spend the night. She shared that she had run away from her husband because he had hit her several times”, Bilal recalls.

Accompanied by Boyko Tsenkov, CRWB social worker, Bilal visited the woman and her child on the spot and helped them find a temporary accommodation at a hostel. With the assistance of his colleague, who conducted a conversation with Iman in Arabic, Boyko got an idea about the seriousness of the situation. „Iman is in her early thirties. She had recently come to Bulgaria and does not know anybody. The woman is distrustful and shares that she suffered physical violence and is very worried“, the social worker explains.

Boyko conducted a preliminary assessment of the mother and her daughter’s needs for urgent medical care and prepared a crisis plan. In addition, the social worker referred the woman to a cultural mediator to work with her during the weekend.  After Iman and her daughter, Leila*, came to their senses after the turbulent evening, the social worker met them at the office of CRWB to make a more in-depth assessment of their needs and to make a longer-term action plan.

“Iman’s story is not an easy one to share”

Three years ago, in her homeland, she met a man, who lives and works in Bulgaria. Charming and gallant, he proposed to marry her, even though she was having a child from another marriage. After a wedding in their country of origin, Iman sold the shop at which she worked and left for Bulgaria.”, Boyko adds.

The reality and the new circumstances with which Iman was confronted in her new life in Bulgaria drastically differed from her expectations. “On arriving at my husband’s home, I noticed that everything there was old and dirty. I asked my husband to make some changes and that was when our first conflicts started. He refused saying that we are short of money and it is not my business to touch and change his belongings”, Iman shares.

Sometimes, the conflicts took place in front of Leila and continued even after Iman became pregnant with her second child. Iman was placed under additional stress when her new husband’s family stated that their child would be sent to their homeland to be raised by her husband’s sister. During one of the numerous fights about the future of the unborn child, things escalated. At this occasion, Iman was beaten severely by her husband. A little later, Iman experienced miscarriage.

Struck by her grief for her unborn child, Iman’s health deteriorated. After yet another beating, her husband threatened to lock her up in a psychiatric ward, to kill her or bury her somewhere close to their home without anyone finding out.

The social worker informed Iman about her options under the Protection against Domestic Violence Act and the Child Protection Act and referred her to a legal professional for consultation in view to have a protection order requested urgently. The situation grew more complex because Iman and her daughter had been issued humanitarian protection in the country and their residence permits were about to expire. CRWB team contacted a range of Bulgarian social service providers. Due to the COVID-19 pandemic restrictions and the greater number of people at risk, it was difficult to secure social service for the woman and her daughter so quickly.

“Thanks to the support received by UNICEF as part of US DoS/ BPRM funded Phase III of the Programme ‘Action Against Gender-based Violence Affecting Refugee and Migrant Women and Children in Greece, Italy, Serbia and Bulgaria’ , we were able to cover the accommodation costs of the woman and her young daughter. It was imperative to find them safer accommodation as soon as possible”

To find a proper solution, the experts of CRWB convened a multidisciplinary meeting with other providers of social services; as result, a crisis center agreed to provide longer-term accommodation to Iman and Leila. “The persons with subsidiary protection (“humanitarian”) statuses granted have a limited access to the labour market and cannot avail themselves of the full range of services otherwise offered by the social and healthcare systems in Bulgaria. The new Social Services Act, however, does not include a requirement for a person to have a specific status in order to be eligible to receive support. The fact that we insisted on cooperation with the competent institutions and secured timely assistance thanks to our partnership with UNICEF helped us support Iman and her child and make them feel safer in a really difficult situation and stage in their life”, concludes Radostina Belcheva, Deputy Chair of the CRWB.

*Names of main characters have been changed to preserve anonymity. This story as part of a project funded by the American Government. 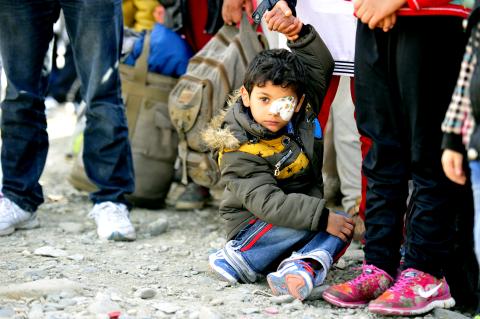 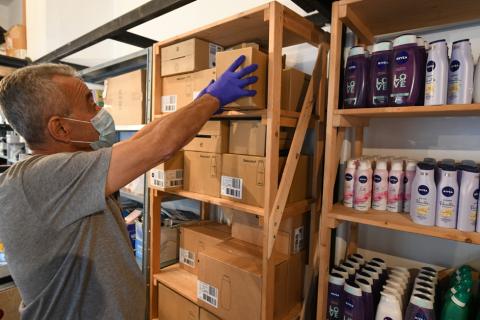 Refugees and migrants face new challenges in Bulgaria during 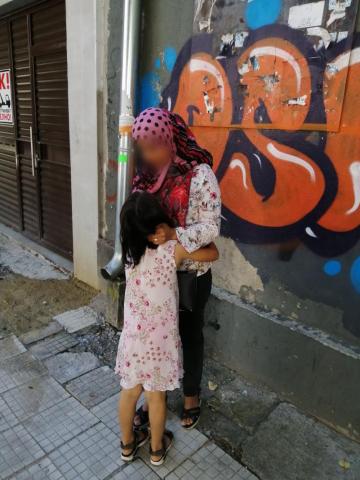 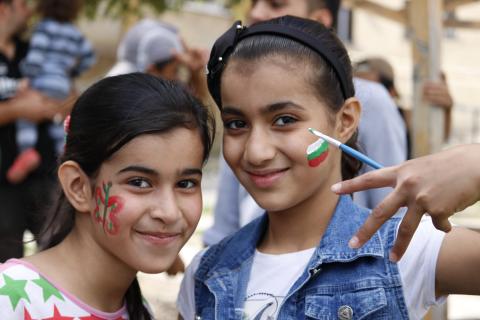