If you were ambassador for a day, how would you promote Bulgaria on the world stage?

In history, pandemics are always a possibility that urges people to forget their past, to learn from their mistakes and build their world anew. This pandemic is no different and treated in this way, it means a new beginning, if we can take advantage. According to scientists, the quantity of the deadly virus fits in a teaspoon, yet it changed not just the world’s agenda but the daily life of the average person, regardless of their race, religion, gender and exposed the weaknesses in all sectors of public life.

Having the possibility to become an ambassador for a day, I would focus on the following areas: science, education and healthcare because they ‘’produce’’ the most important goods.

Have you ever compared the building of a luxurious hotel with that of BAS (Bulgarian Academy of Sciences)? This is how BAS loses the battle with its appearance. What is right to develop – ourselves or our wallets?

European projects for millions, yet in the classrooms there are two power sockets per room. Multimedia equipment hangs attached to the ceiling like a chandelier, while the interactive boards have become grey long ago. However, with these conditions in the institutions, will we be able to keep up with the modern world?

700 people were enough for the Bulgarian healthcare system to collapse. Since then, it is unable to recover. For what system are we talking about when the hospital blankets are from the era of PRB (People’s Republic of Bulgaria)  and 1/3 of the floor tiles are improvised mosaics?

The decision whether to go through the pandemic with our devastated world, built under a blurred sky and destroyed land, or learn from our mistakes, is only ours to make.

Narin Mehmed, 18 years old from Kardzhali. Her essay is among the winners of the competition, part of the "Ambassador for a Day" initiative, organized by the British Embassy in Bulgaria. 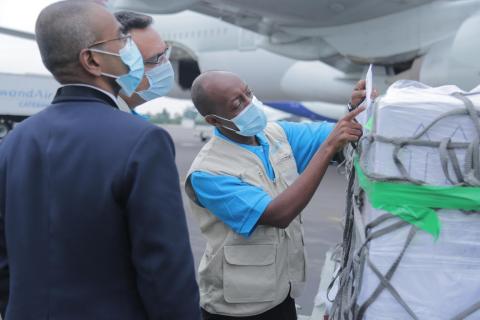 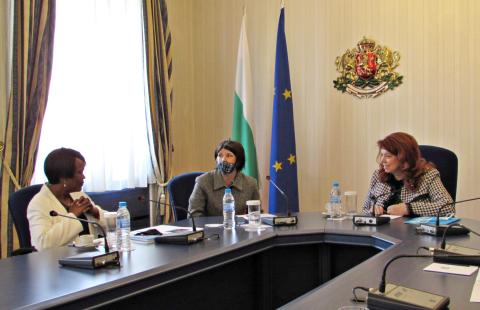 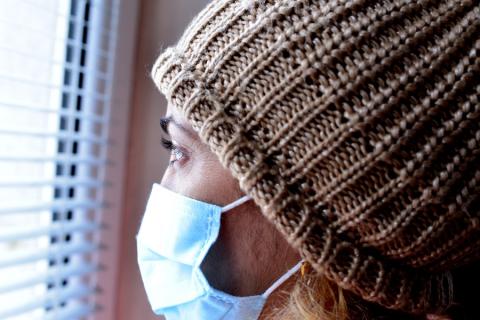 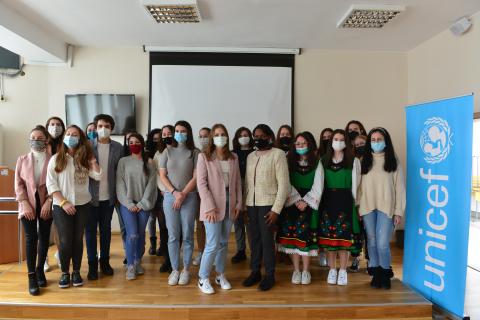 ‘Ambassador’ for a day at UNICEF’s office in Bulgaria