UNICEF Recreates Violence and Bullying at School Through Virtual Reality 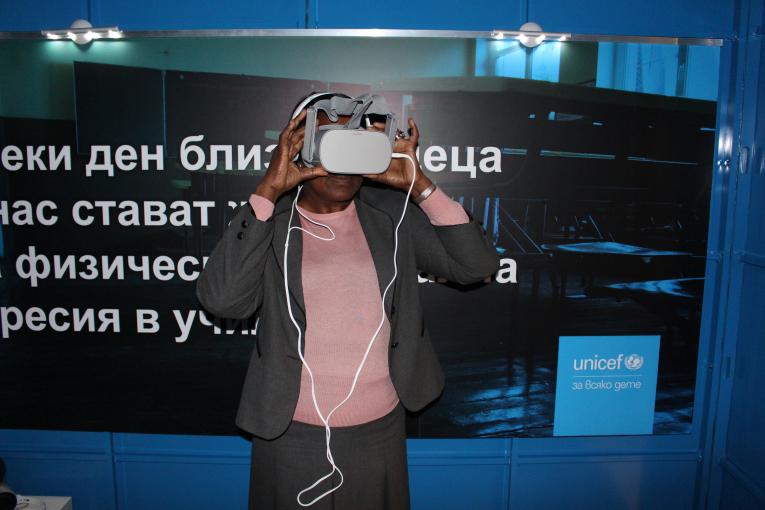 December 11, 2018, Sofia - Today, UNICEF presented an interactive installation within the campaign "Together Against Violence in Schools" at the National Palace of Culture. Everyone who enters the "blue room" through virtual reality will see through the eyes of hundreds of children in our country who experience everyday various forms of violence in school - physical or verbal aggression, bullying, cyberbullying, etc. Among the first visitors to the installation was the Vice President of the Republic of Bulgaria Iliana Yotova.

The installation is located on the 1st floor of the National Palace of Culture, entrance A4 and will stay there until December 16 inclusive. The video can then be viewed on some of the busiest and most visited locations in Sofia.

"According to a survey, Bulgaria is among top ten out of 43 surveyed countries affected by violence and bullying at school. Today, within the framework of the campaign, we will introduce an innovative approach - we will use virtual reality to see through the eyes of a student who suffers from school violence. That's how we will open our senses to start talking about it and to reduce those cases in our community.", said Dr. Jane Muita at the opening.

"We plan to develop and implement a program to prevent violence in schools along with the Ministry of Education and Science within the next three years. It will provide an analysis of the situation in each school and create a plan for each specific place, increasing the recognition of the types of violence and bullying, providing information on how and where help can be obtained, introducing new methods of work in schools, actively involving children, teachers and parents.", said Daniela Koleva, Program Director, Child Protection, UNICEF Bulgaria.

Children should not feel lonely and defenseless

but part of a society that grows together, because they are the future of the nation. Both groups – those of the perpetrator and the victim – are the actual victims.", said the singer Rafael Pashamov-Rafi.

"I've changed many schools. When I was a student in Burgas, I was even forced to enroll in martial arts. However, I realized

Raffi and Iskrata support the campaign "Together Against Violence in School".

On December 11 we celebrate the 72nd anniversary of the UN Children's Fund (UNICEF).

"Together Against Violence in School" is a joint campaign of UNICEF and the Ministry of Education and Science. The main objective of the initiative is to raise awareness and sensitivity on the issue of violence, reduce tolerance for different forms of violence at school, and support schools in the effective prevention of violence and bullying.

The locations in Sofia where you can see the video in January 2019:

Over half of teenagers around the world have been at least once subjected to peer violence in and around school. Physical violence and bullying interfere with the education of over 150 million children aged 13-15, according to a UNICEF study. Students in Bulgaria are among the top ten out of 43 surveyed countries affected by the problem of school violence. Discomfort and alienation from school, poor grades and violence reassert risk behaviors among adolescents, according to data from another study on health and behavior of school-age children conducted by the Institute for Population and Human Studies in collaboration with UNICEF. 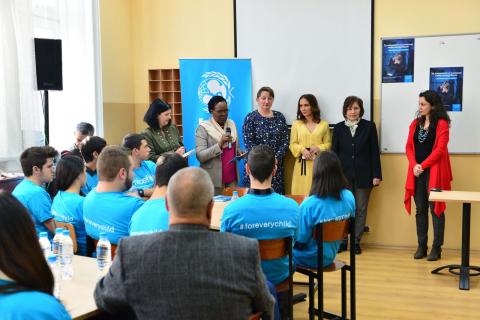 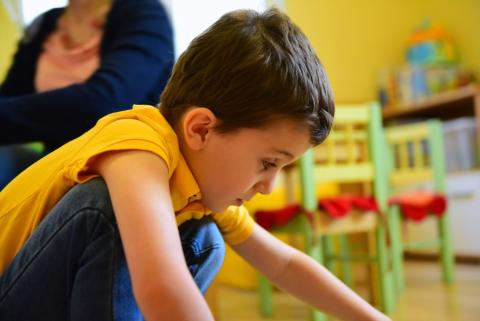 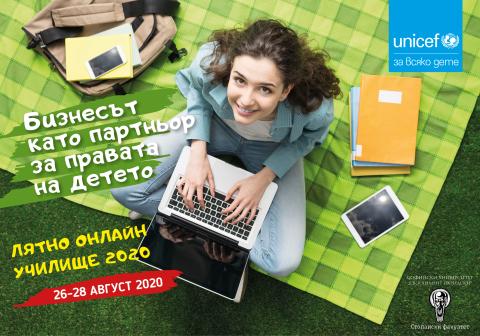 Business as a Partner for Child Rights 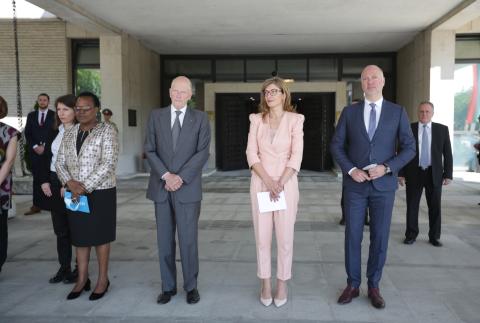